Tommy Fury backed out of his boxing match Jake Paul in a sudden shake-up.

Now, after mixing it up in August, the YouTuber-turned-professional fighter will meet Tyron Woodley II in a highly anticipated rematch bout.

According to a press release, Jake Paul and Woodley are going to connect in the ring on Saturday, December 18th in a one-on-one called “Leave No Doubt.”

Paul, who can boast that he has never been defeated in his professional boxing career, says he does not care whom he fights.

He said, “When my team woke me up on Friday to tell me Tommy was pulling out, I told them I’m ready to fight anyone on December 18th. Troy, Trey, Trevor, Travis. I don’t give a damn who it is.”

“So, as I predicted Tommy Fumbles,” he jabbed. “And Tyron is there to pick it up, stepping in, and contractually he is getting an extra $500,000 if he knocks me out. First time I outboxed him. This time I’m gonna punish him and leave no doubt.”

He then took to his Twitter to talk trash.

“Tommy Fury has pulled out of the fight due to a ‘medical condition’ and Tyron Woodley is stepping in for December 18th for the official rematch.”

Jake Paul
@jakepaul
Tommy Fury has pulled out of the fight due to a “medical condition” and Tyron Woodley is stepping in for December 18th for the official rematch. https://t.co/t1OFVQQBBt 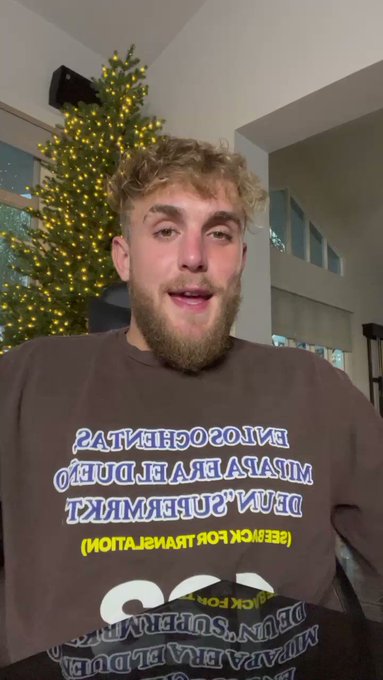 Wondering why he is talking all that boss talk? That is because Jake Paul owns Most Valuable Promotions, one of the producers of the event.

Woodley, not to be outtalked, said, “I didn’t expect him to eat my punches like that. But the fact that one judge only gave me two rounds is insane. Forget that Tommy Fury fight. Let’s run that back.”

“The ropes held him up when I hit him,” Woodley confessed. “I could have had that knockdown. I landed power punches and he missed shots all night.”

The two first met each other on August 29th in Cleveland, Oh.

This is a co-main event.

The other draw will be the seven-division world champion and current unified featherweight champion Amanda Serrano. She will face 135-pound titleholder Miriam Gutiérrez.

Other fights on the card are three-time NBA All-Star and two-time Olympic Gold Medalist Deron Williams, who will go against San Francisco 49ers running back, and No. 3 all-time leading rusher Frank Gore in a four-round heavyweight clash.