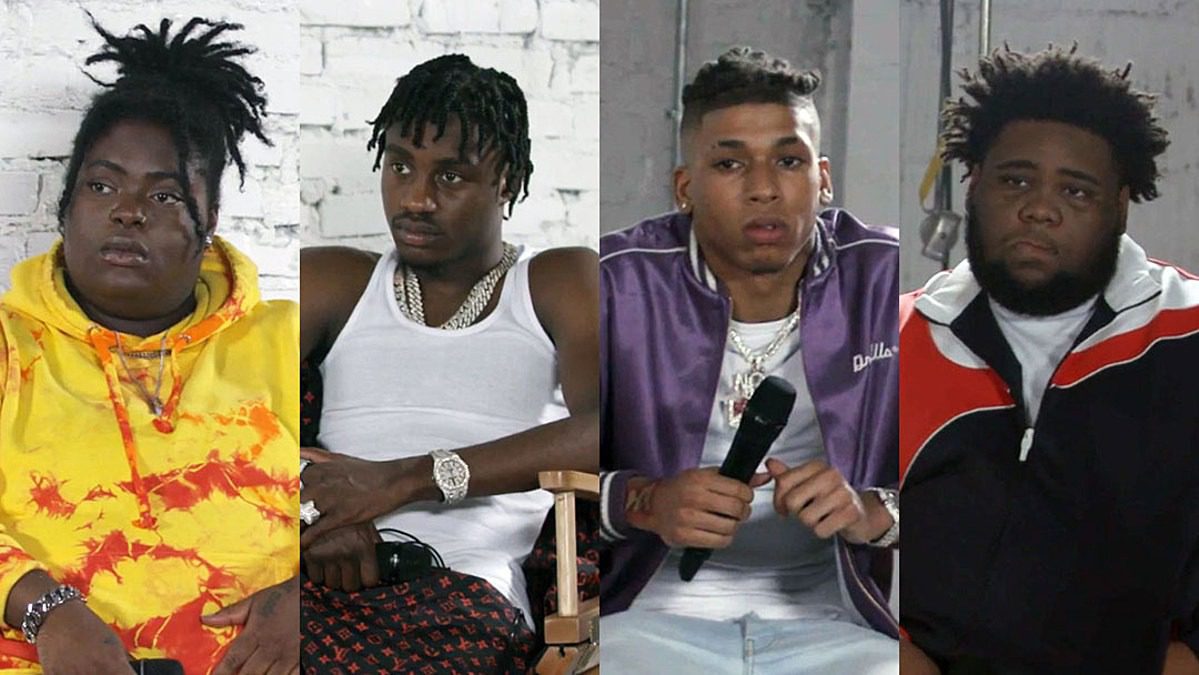 In the midst of the ongoing coronavirus pandemic that has killed more than 197,000 people in the U.S. alone, the topics of racism and police brutality have once again surfaced in the American consciousness. The resurfacing of this discussion was spurred by the recent deaths of George Floyd, Ahmaud Arbery and Breonna Taylor over the last few months. Floyd and Taylor were killed at the hands of police while Arbery died after being confronted by a former cop and the cop's son.

With these events serving as the backdrop, 2020 XXL Freshmen NLE Choppa, Polo G, Calboy, Lil Tjay, Fivio Foreign, Jack Harlow, Rod Wave, Chika, Mulatto, Lil Keed and 24kGoldn sit down to discuss racism, police brutality, using their voices to make a change and what the future looks like with social justice organization Until Freedom. For this conversation, Until Freedom cofounders and activists Tamika D. Mallory, rapper Mysonne Linen, lawyer Angelo Pinto and Linda Sarsour open up the floor to the XXL Freshmen to speak on how they are living in a generation with less boundaries and looking ahead to the future, and what that looks like for social justice. Titled A Fresh View on Racism, Politics and Social Justice, part 3 of this roundtable interview focuses on the future of social justice, and was preceded by discussions on the past and present.

Tamika D. Mallory kicks off the conversation by asking the artists to help her understand the new generation. Fivio seemingly jokes that everyone wants to go viral (one of his signature ad-libs) while Mulatto says, "We not afraid, we outspoken, we go against the grain. I do love that about our generation."

Mysonne raises the question of what the XXL Freshmen believe their responsibility is. Jack Harlow, who previously said it was his place to make his White fans empathize with people facing systemic oppression, thinks it's important for him to document this moment.

"The main thing I've been feeling, my role in society, our roles in society, we're like the storytellers of our time," Harlow discloses. "I just feel like there's a responsibility to talk about what's going on so people can look back in 30-40 years and be like, 'Oh, this was the music being made during this time.'"

When this moment of civil unrest is discussed years from now, this past May will be seen as the tipping point. In May, video footage of the killing of Ahmaud Arbery surfaced on the internet. Arbery, a 25-year-old Black man, was shot and killed in a Georgia suburb after he was on a neighborhood jog and a White former police officer and his son pursued him, ultimately killed him by gunshot. He died in February, shortly before the quarantine started in March, and three months before the video of his murder surfaced.

Two weeks after Arbery's case gained national coverage, George Floyd died in police custody on May 25, after an officer knelt on his neck for eight minutes. The video of the incident went viral, with Floyd's last words of "I can't breathe" mirroring those of Eric Garner, who died after being put in a chokehold in 2014. Three days later, on May 28, Louisville, Ky. saw their own uprising, when hundreds of people gathered to demand justice for Breonna Taylor, a 26-year-old Black EMT who was shot and killed in March after police conducting a no-knock warrant to search her home opened gunfire on her. She was shot eight times after her boyfriend allegedly shot at officers who entered the home without knocking.

"I feel like the police are going crazier," Fivio starts. Calboy seconds his thought, adding, "It's almost like they declaring war." NLE Choppa offers a similar sentiment stating his thought that he thinks police officers "want us to fight back."

In the wake of the deaths of Black and Brown men and women at the hands of police, protests have raged on across the country, with many 2020 XXL Freshmen participating in them. With these instances unfolding for the whole world to see, they feel responsible for using their platform for good.

Lil Keed opens up about his role when it comes to using his platform. "My responsibility is for [me] to make sure I lead you the right way, you don't have to follow in my footsteps but take whatever I am saying that applies to your life," he shares.

"Like the streets in general, that’s a young man’s sport," Chicago native Polo G adds. "So when they get they turn it’s they popping they chest, they ain’t really tryna hear that from him ’cause they feel like it’s they turn. It's really up to young guys that's out there, you feel me, to see fit for change."

An important part of making change starts with changing the system. Referencing a quote from Tupac Shakur's "Keep Ya Head Up," Angelo Pinto explains that the system is designed to keep things the way they are. With all of these protests happening, Mysonne asks the Freshmen if they think things will change in the future.

"I think it is shifting in a different direction, however, we can't get caught up with that," says Chika. "I think that a lot of times like, I've seen the sentiment online a lot of times that this is what the generation before didn't finish. I don't necessarily like that but I get what everyone means. This is the remnants of the like, if we like, cut off the flowers, right now we're getting to the root of the issue. I don't think that we are anywhere near done. I do think there is a new sense of people fucking pissed."

While there's a new surge of outrage regarding police brutality, the proof of change will be in the actions of those in power rather than surface changes. "Not calling a bedroom in the house the master bedroom, taking down an episode of Golden Girls that nobody was watching anyways, it's like yeah that shit is cool," says 24kGoldn, who protested in Santa Monica, Calif. and Los Angeles earlier this year. "But Black people, we don't really care about that stuff as much. We want the systematic inequality and the police brutality, that's the shit we really care about, to stop."

In a world where the news cycle and concerns can change drastically from minute to minute, Lil Tjay worries that the movement could lose momentum. "I feel like it could be a possibility that the world is not jacking this no more and as it continues, they gon' just want change fast, but that's just a possibility ’cause people could just chill out and let it go back to normal and forget," he states

Rod Wave says it will take the human race realizing that we are all actually one, and refusing to separate ourselves by category that could make things better. "All it's really gonna take is for different races to understand that we are human," Rod expresses.

Watch Until Freedom discuss the future of the world, police brutality and social justice with the 2020 XXL Freshman Class below.