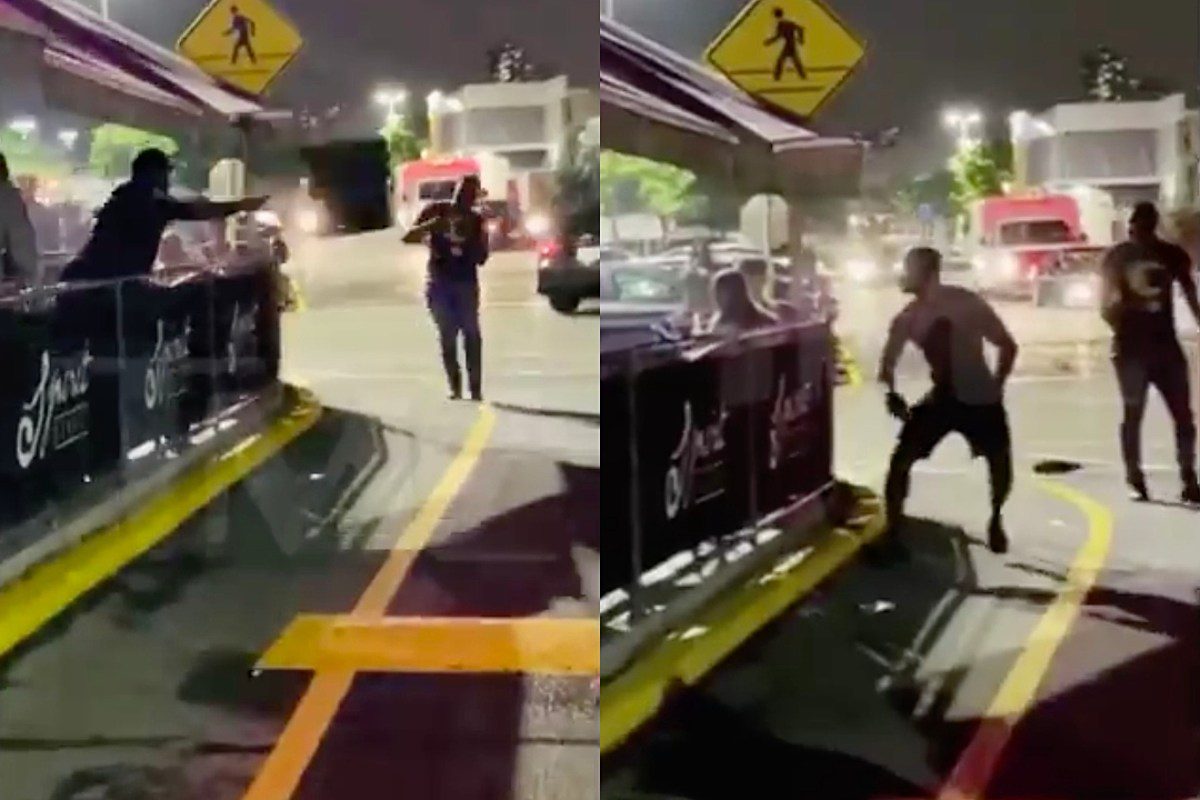 50 Cent makes it clear he will always return fire if you want smoke with him.

On Wednesday night (June 8), 50 Cent was involved in an incident in the patio area at the Edgewater Commons Mall in Edgewater, N.J. The G-Unit Records founder was spotted at dinner with an unidentified woman, who may be his girlfriend Cuban Link, before things escalated with Fif throwing a table and a chair at a man.

According to video footage via TMZ, a man outside of the restaurant walked up to Fif and had a quick exchange with him before things turned violent. In the minute-long video, the Get Rich or Die Tryin' rapper grabs a table, propelling it in the man's direction. The table instead hits a Lexus car. 50 Cent then picks up a chair and hurls it towards the man involved in the altercation.

The man who was seen harassing 50 Cent in the clip has apparently done this once before. Last year, the same unidentified man met 50 Cent outside of a movie theater and insisted the rapper check out his Instagram. This year, he approached Fif with a much more hostile attitude. The man was allegedly filming and being rude to the rhymer before 50 Cent flew off the handle.

That same story also suggests that the man eventually left, and 50 and his companion later followed suit and left the area as well. Currently, no arrests have been made and law enforcement has no plans to pursue this case.

50 has yet to comment on the events that took place at the New Jersey establishment last night.

Check out the full video of 50 Cent's altercation below.