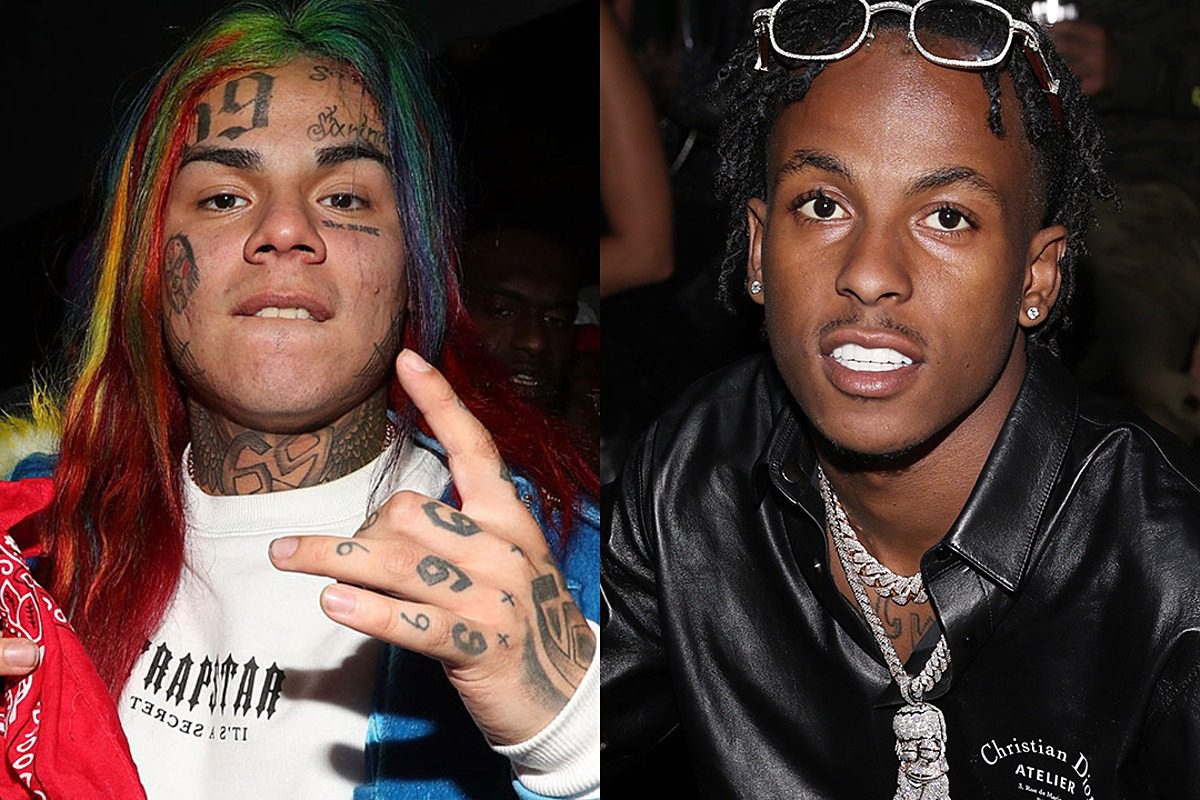 Things have been relatively calm between 6ix9ine and Rich The Kid for the past few months, but it looks like that may have changed this afternoon.

On Thursday (Aug. 6), Tekashi uploaded an image to Instagram of what appears to Rich The Kid chopping it up with police, calling the Atlanta rapper a snitch. "Snitchforever," 6ix9ine wrote in the IG caption along with laughing emojis. The Brooklyn rapper taunting Rich likely stems from their social media exchange in May.

Back in May, Rich The Kid called Tekashi a rat on his Instagram Story. "Honestly imagine coming home a [rat emoji]  thinking your the king of New York City anybody from the city should be disrespected & that's just FACTS," the "New Freezer" rapper wrote. People on social media and rappers have been calling 6ix9ine a rat and a snitch ever since he testified in court against members of the Nine Trey Gangsta Bloods.

Days later, a report surfaced online claiming that Rich had an outstanding balance of over $200,000 in unpaid jewelry allegedly owed to Peter Marco from Extraordinary Jewels of Beverly Hills. Rich The Kid denied the allegations, but 6ix9ine also had some thoughts to share on the supposed jewelry bill.

"I repeat @eliantte is my only jeweler! Y'all other niggas got FAKE stones stop playin wit my name in the pandemic I might go spend a half ticket today God bless," Rich The Kid said via his Instagram Story at the time. Tekashi then hopped on IG and commented with ellipsis. He wasn't buying Rich's denial. The back and forth didn't end there, though. Rich fired back at 6ix9ine on social media, telling the rapper that they can go toe-to-toe. "We can play if u want … I got the time & you sure as hell ain't got more money than me or Jewlery or CARS," he wrote.

The following day, things grew more intense. Rich, who was born in Queens, N.Y., posted a video to IG of his flight landing in New York City and wrote, "The king is home." This was a clear jab at 6ix9ine. Not only because they had been feuding prior to, but because Tekashi has referred to himself as the King of New York in the past.

6ix9ine responded via social media revisiting the report about Rich's alleged jewelry debt. "He's running from his debt in LA. I'm about to call 911," he wrote. After trading a few more disses, Tekashi attempted to involve Lil Uzi Vert, who has also somewhat feuded with Rich The Kid. Lil Uzi and Rich were at odds back in 2018 after Uzi declined Rich's suggestion to sign to his Rich Forever record label. Rich also delivered a diss track at Lil Uzi.

Nonetheless, Rich The Kid hasn't responded to 6ix9ine's IG post directly. He did, however, upload an image of himself with his fiancé Tori Brixx along with a caption that said, "I don’t care who’s what or what you think of me I hope you taking care of yourself ."

Is this the end of 6ix9ine and Rich The Kid's feud?