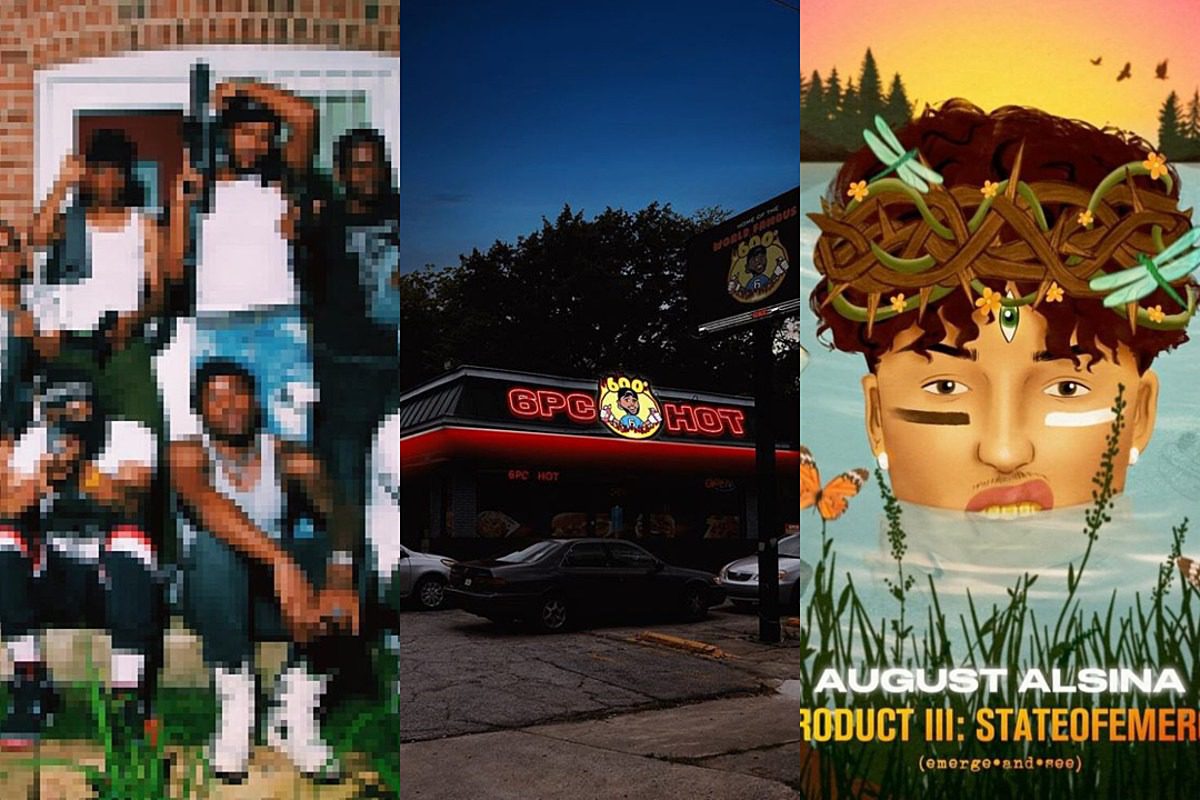 Friday means a few things, but when it comes to music, it signifies new releases. As the weekend approaches, some R&B singers with incredible pen games and a ferocious spitter from Maryland are dropping off some new sounds. Below are some of the new projects, mixtapes and albums that are being offered this week.

Atlanta's own 6lack is following up his riveting 2018 release, East Atlanta Love Letter, the ode to his hometown. The 28-year-old artist is delivering 6pc Hot, a phrase that resonates with his fellow ATL natives who prefer their chicken wings to come in a quantity of six with the temperature, well, hot. The EP, which 6lack announced on his birthday, also came with his single "Float." The singer-rapper is on his third project since shaking things up on the music scene in 2016 when he dropped Free 6lack.

August Alsina has been battling many things in recent years including an auto-immune disease. However, the New Orleans native is allowing fans in on the journey on his new album, The Product III: StateOfEmergency. Following up his 2019 release, Forever and a Day, August is releasing a 27-track album, which features appearances from Yo Gotti, Tink, Lil Wayne, Juicy J and more. In addition to the new album, the NOLA crooner is also offering his supporters a five-part documentary called StateofEmergency, The Rise of August Alsina, chronicling his life and the moments that led to him taking a break from music.

Idk drops the sequel to his Idk & Friends 🙂 project, Idk & Friends 2. The Baltimore MC's latest effort features a number of his peers including A$AP Ferg, Wale, Maxo Kream, PnB Rock, Rico Nasty, Denzel Curry and more. Idk, which stands for Ignorantly Delivering Knowledge, shared the list of guest appearances and producers via social media on Tuesday (June 23). The initial Idk & Friends project dropped back in 2018 and has verses from some of the same artists who are spitting on the second installment.