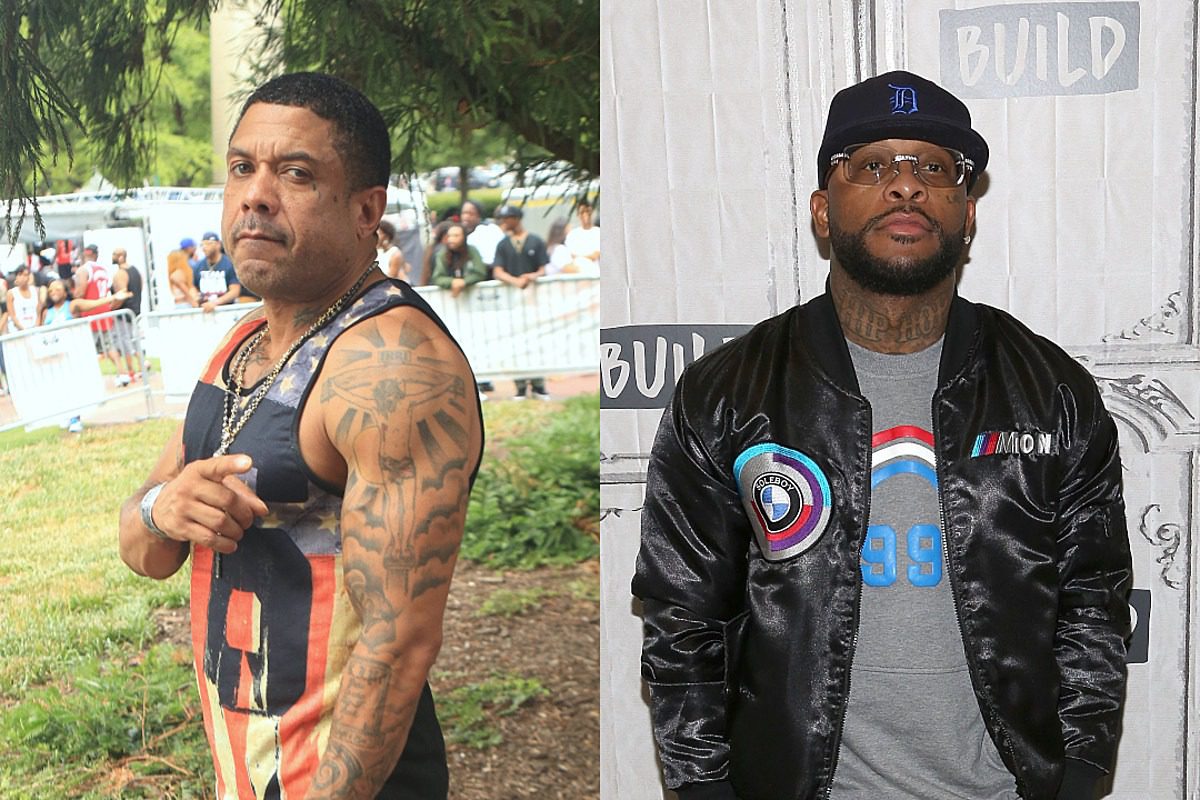 Benzino and Royce 5'9" have been trading shots on social media over the last few days and things have gotten pretty intense.

The conflict appears to have started on Dec. 28 after Benzino cosigned Lil Pump dissing Shady and also thew some shots of his own at Em, whom he's had a longstanding beef with. "Shout out to Lil Pump," 'Zino tweeted. "Anybody still listening to that cornball ass album? Music to murder huh?"

Always down to ride for his mans, Nickel Nine clapped back at Benzino on Twitter the following day. "I can’t wait till Benzino get on Clubhouse," he posted. "A Front row seat to the most obligatory pseudo toxic masculine tough guy talk the world has ever seen….Please Clap for this hoe ass nigga so he can try to move on. He stuck in 06. Thank you… Peace, Peace.

"Wish I would argue back and forth with a butt naked failure. Go get yourself together bro you got a whole grown daughter out here. You embarrassing us…. Put some clothes on."

In a since-deleted Instagram post, Benzino then went in on the Allegory rhymer. "So just because I spoke the truth about @eminem his favorite house nigger/sambo ass wiper, dick sucker, boot shiner, blunt roller corner store runner and resident Shady fuckboi @royceda59 decided he wants to put his cape on again and save his massa," he wrote on Instagram.

"He was just talking shit to @lilpump about being white in hip hop but just ignored how his daddy put out a racist tape dissing black women and men," he continued. "He does all this because he wants his white following, you don’t even get love from your hood stupid. he’s a fucking sellout and bitch for that. Niggas I been fucking wit real Detroit since the 80s like YBI and Chedda Boyz rip Yact who got real love for me you punk mf. Keep playing boy, you stick to Lil pump cause you have real problems fuckin wit me you goofy mf. I can’t stand these type of niggas, straight sellouts. But I’m wit all the smoke."

"This what my people wanna hear you 2 old weirdos. This is hotter than anything on that trash ass album he just put out," he added.

Royce offered a seemingly sarcastic response on IG. "I don’t want no problems with you Mr 5 mics in the source," he wrote. "The streets know You dangerous when you desperate so Ain’t no telling what lengths you’re willing to elevate this misunderstanding to so put your shell back on and go do karate with the rest of the ninja turtles. I’m a God fearing, Peaceful fully clothed man ✌✌ Peace Gangsta..Peace."

Benzino continued to egg the beef on. "Are you?" he countered on IG. "The worst thing is when the white stans say 'get him' Royce but none of them ever supported his album. Proof didn’t even like his step an fetch it ass. Smh fuckin shame. @royceda59."

In a since-deleted tweet, Benzino went on to call into question Royce's catalog on Dec. 30, which received a good laugh from the Grammy-nominated rapper. "Y’all owe me for these laughs," Royce responded. "I want my flowers for these hysterical outbursts during these trying times… This mufuka dun challenged me to a Verzuz battle… ‍♂️ He prefaced this with 'My Catalogue' Shut the noise… I better get outta town … Im not worthy… Challenge not accepted but big props to I see booty I see Booty. Don’t think we even got a venue that could facilitate that massive holy bible of art. Gave me Lennon vibes… Seeing you perform that shit live with the Roots is like top 3 bucket list for me… For real For real.. ."

Joyner Lucas then chimed in on the side of Royce. "Man dis clown tried to inbox me a few months ago tryna verzuz battle me too," he commented. "IDK what nursing home he escaped from but they needa find him and bring him back ASAP."

On Dec. 31, Benzino directed his vitriol toward Joyner for stepping in via Twitter. "I will fuck u up u keep speaking my name. You got on warning Pussy," he wrote. "You ain’t never step foot in Roxbury u bitch ass nigga. U from Worcester mass you punk mf, u never was bout that life. Don’t let them pussies get u hurt. Yea I went in your dms because your musics trash like @royceda59. U got me fucked up I’ll have u touched fuckboi."

Benzino has refused to let up. On Jan. 2, he taunted Royce by tweeting, "@royceda59 did u make your massa breakfast this morning slave boy??"

Royce then took a personal shot, throwing Benzino's daughter, Coi LeRay, into the fray. "I’m gon take your daughter to the park and let her ride the swings if you don’t quit spending your whole day being a twitter goon," the Detroit rhymer responded. "She pussy popping on a handstand on IG. Now go hug her and tell her she’s beautiful before Drake or Trey Songz does."

Benzino then hit Royce with a lower blow responding, "Nah slave my daughter won’t fuck with the help, she was raised around bosses. but I will put my dick in your mothers mouth nickel. I’m sure she adored me on Love and Hip Hop," he typed on Twitter. "While u at it tell your granny to suck my dick too pussy."

Royce didn't give 'Zino the satisfaction of a heated response, but proclaimed victory by noting Benzino's "massa" tweet only had four likes.