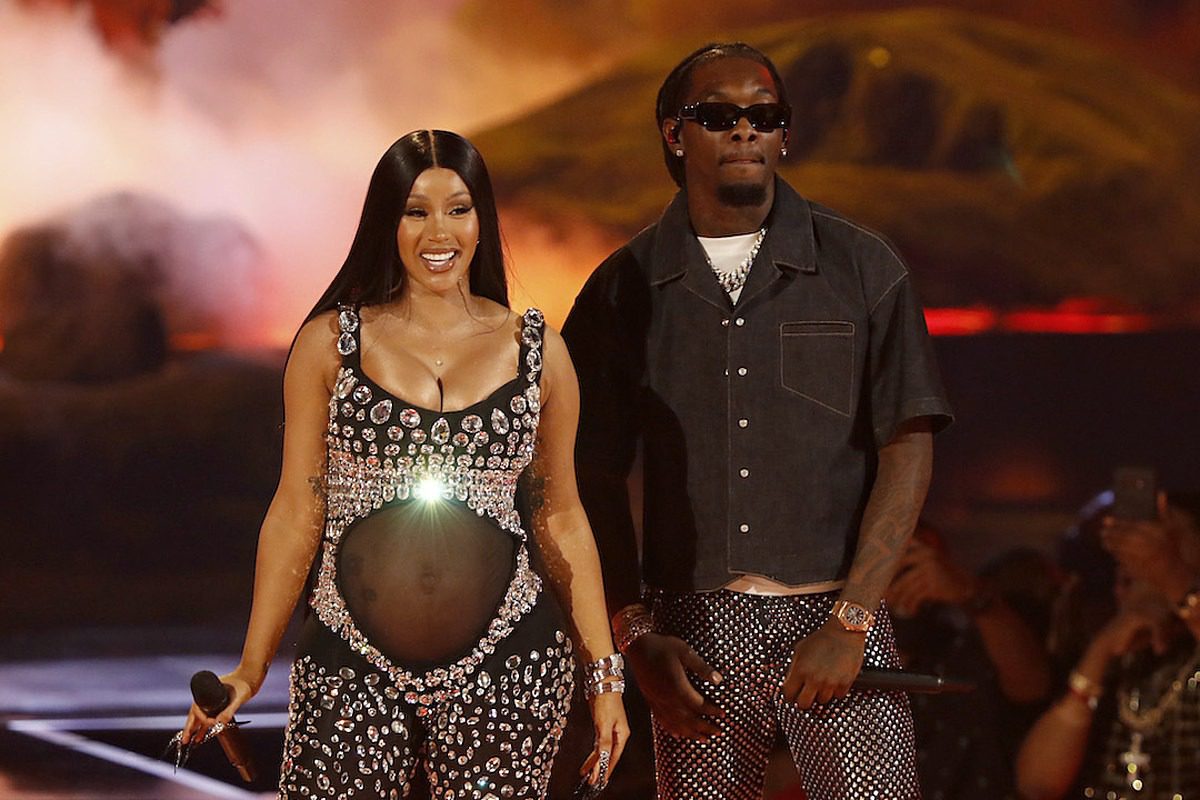 Cardi B and Offset have welcomed their second child.

Cardi made the news public via social media on Monday (Sept. 6), sharing a picture on Instagram of herself in a hospital bed holding the newborn baby with Offset by her side. In the caption, she revealed the child was actually born on Sept. 4. The caption also has dinosaur, blue heart and teddy bear emojies, which could signify that Bardi gave birth to a boy. The comment section of the post was filled with congratulations from fans and fellow artists alike. Offset also shared news of the birth on his Instagram page, captioning a photo of himself holding the baby, "Chapter 5."

Cardi first revealed she was pregnant at the 2021 BET Awards back in June following months of reports of relationship issues with Offset. She later shared a message about the pregnancy to her fans on social media. "We listened to each other, communicated, prayed and then God blessed us and our family with another little blessing," the Bronx rapper wrote. "Our home feels so blissful and very busy but we are ready and so happy!! Thank you soo much everyone for the congrats and well wishes." The couple share a 3-year-old daughter, Kulture, who was born July 2018.

The birth may mean Cardi is closer to releasing her highly-anticipated sophomore album. "One thing for sure that I’m doing a lot now this year is music and making sure my business is straight," Cardi told XXL earlier this year. Her record-breaking debut album, Invasion of Privacy, came out over three years ago. She has since released two No. 1 singles in "WAP" and "Up," both of which should appear on her forthcoming LP.

See How Many Days It’s Been Since Kendrick Lamar, Travis Scott and More Dropped an Album

These rappers have gone quite some time without an album release.
Industry Stories - by admin