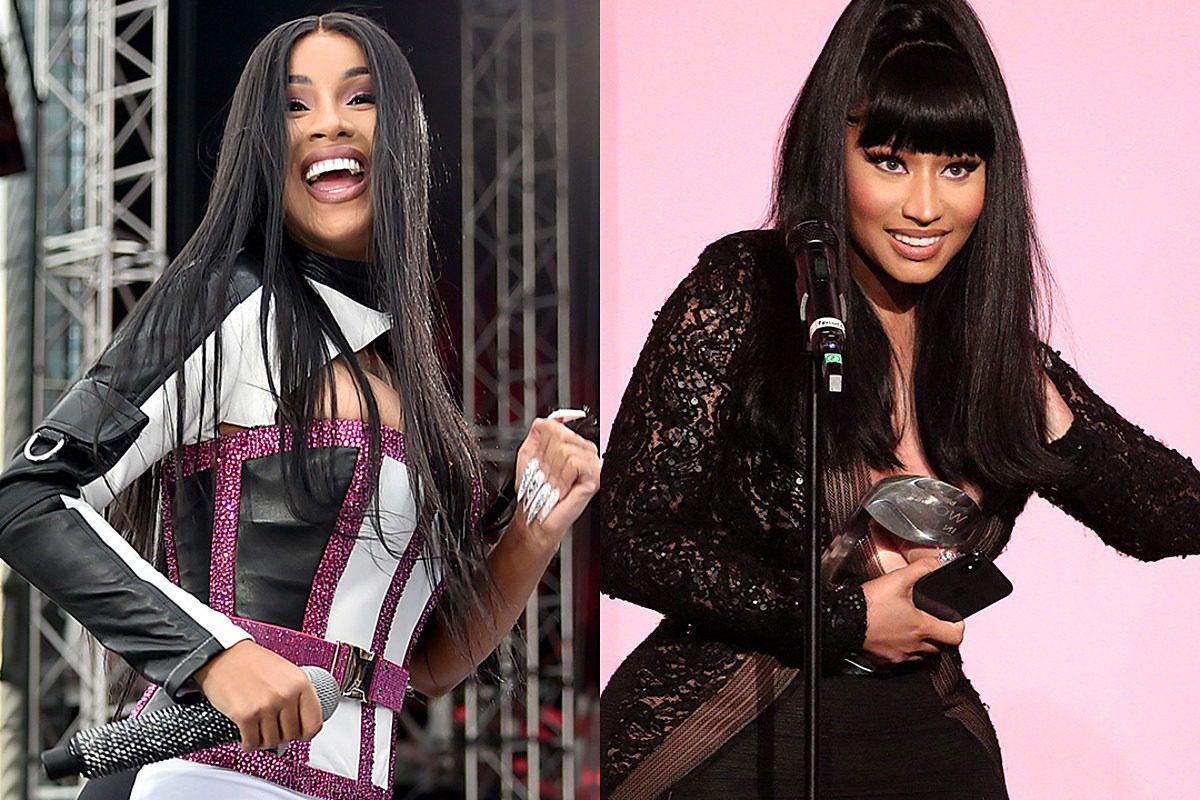 Despite her beef with Nicki Minaj, Cardi B seems to be showing love to one of hip-hop's reigning queens in a new interview.

On Friday (Aug. 7) Cardi B appears to have praised Nicki Minaj during an interview with Nadeska for Apple Music's Beats 1 Radio. In a brief section of the their conversation, the Bronx rapper salutes a female rapper for her tenure in the rapper game. Cardi doesn't name-drop, but it sounds like she could have been referring to Nicki.

Nicki hit the rap scene in the early 2000s and garnered a major buzz after dropping her mixtape Beam Me Up Scotty in 2009. Her track "I Get Crazy" peaked at No. 8 on Billboard's Hot Rap Songs chart. Shortly after, Lil Wayne signed Nicki to his Young Money Entertainment record label and she went on to dominate charts, drop hit albums like Pink Friday, Pink Friday: Roman Reloaded and The Re-Up and more, and score two No. 1 songs on the Billboard Hot 100: "Trollz" with 6ix9ine and Doja Cat's "Say So."

Nonetheless, this particular conversation Cardi had with Nadeska was one of four parts. The entire interview, which is in promotion of the rapper's new song "Wap" with Megan Thee Stallion, also includes a segment with fellow rappers Mulatto, Suki Hana and Rubi Rose, who appear in the visual for the record.

Things haven't been remotely copasetic between the two female rappers. In fact, their beef allegedly dates back to 2018 over a feature with Future. According to Hollywood Unlocked's Jason Lee, Future and Cardi were supposed to collab on "Drip," which appears on her debut album, Invasion of Privacy. However, the joint effort never came to fruition because the "Anaconda" rhymer supposedly asked Hendrix to either remove himself from the track or be axed from their joint NickiHndrxx Tour.

This incident led to a mountain of tension between the two rappers dividing portions of female rap fans down the middle. Stans seemingly chose a side as the two artists threw shade at each other online. The dissing eventually led to a physical altercation at the Harper's Bazaar Icons party at New York City's Plaza Hotel during Fashion Week in 2018. Cardi was spotted exiting the event with a knot on her face. During the chaotic exchange, she is seen throwing a shoe towards some people believed to be Nicki Minaj. She can also be heard yelling at Nicki for supposedly liking a negative comment on social media about her and Offset's daughter, Kulture.

Since 2019, the beef between the newly pregnant rapper and Cardi has gone silent. Many fans of both artists have responded to Cardi's comments about Nicki via Twitter, expressing hope for a squashed beef.

Check out some of the reactions from fans below.

Cardi B's comments about Nicki Minaj begin at the 00:43-mark. Watch the full clip below.