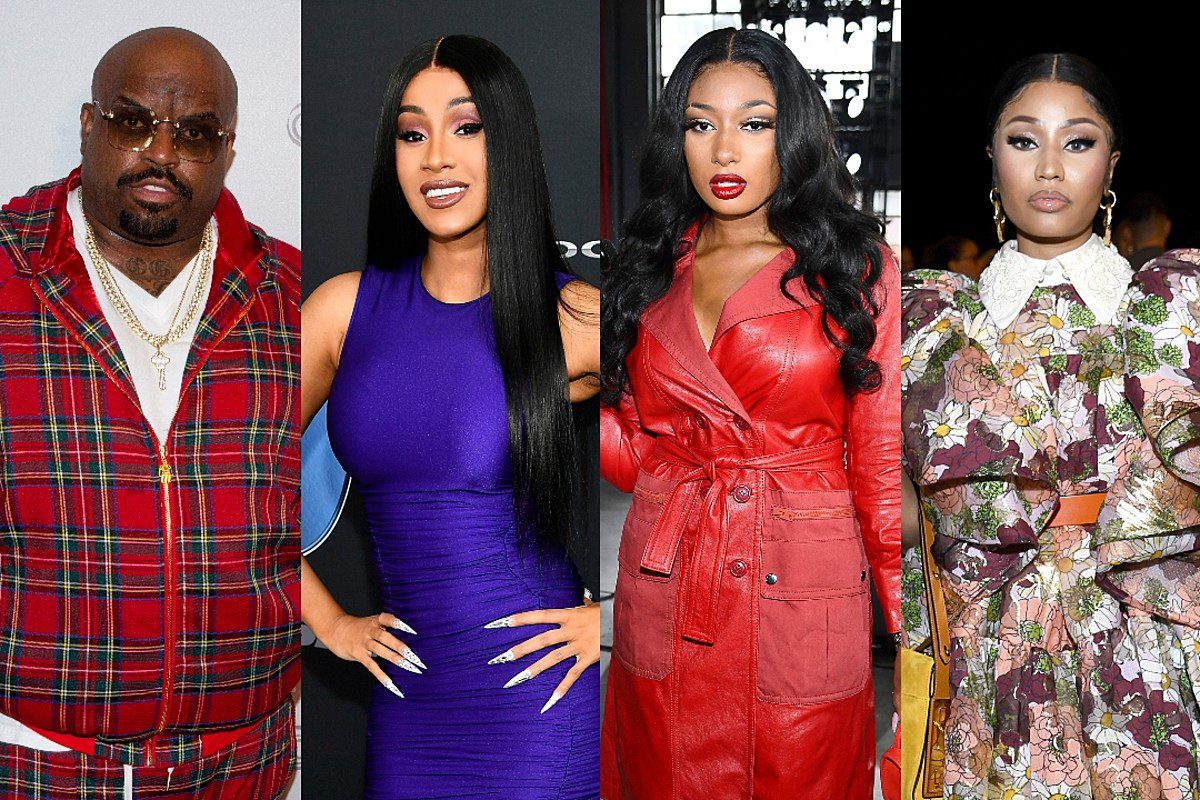 CeeLo Green is sharing his opinions on a few of the top charting women in the rap game: Cardi B, Megan Thee Stallion and Nicki Minaj.

During a recent interview published in Far Out magazine on Sunday (Aug. 9), the Atlanta native spoke on artists sexualizing themselves in their music, stating that there should be a "time and a place" for "adult content" in music. He also called these sorts of songs "shameless" and said they lack morality.

"A lot of music today is very unfortunate and disappointing on a personal and moral level," he opines. "There was once a time when we were savvy enough to code certain things. We could express to those it was meant for with the style of language we used. But now music is shameless, it is sheer savagery."

The Goodie Mob member then name-drops Cardi and Megan, questioning the price they'll ultimately have to pay as a result of them producing sexually suggestive music. "Attention is also a drug and competition is around,” CeeLo says. “Cardi B and Megan Thee Stallion, they are all more or less doing similar salacious gesturing to kinda get into position. I get it, the independent woman and being in control, the divine femininity and sexual expression. I get it all.” He inquires that "it comes at what cost?."

CeeLo went on to weigh in on Nicki Minaj's platform and influence, calling her position as a role model ineffective. "You have the ‘Heads of State,’ like Nicki Minaj or someone who is up there in accolade: success, visibility, a platform to influence," he adds. "Nicki could be effective in so many other constructive ways, but it feels desperate."

CeeLo's comments about Cardi and Megan come days after the duo dropped their track "Wap," along with its accompanying video. The visual, which has been a topic of discussion all over social media, dropped on Aug. 6 and has over 60 millions views on YouTube.