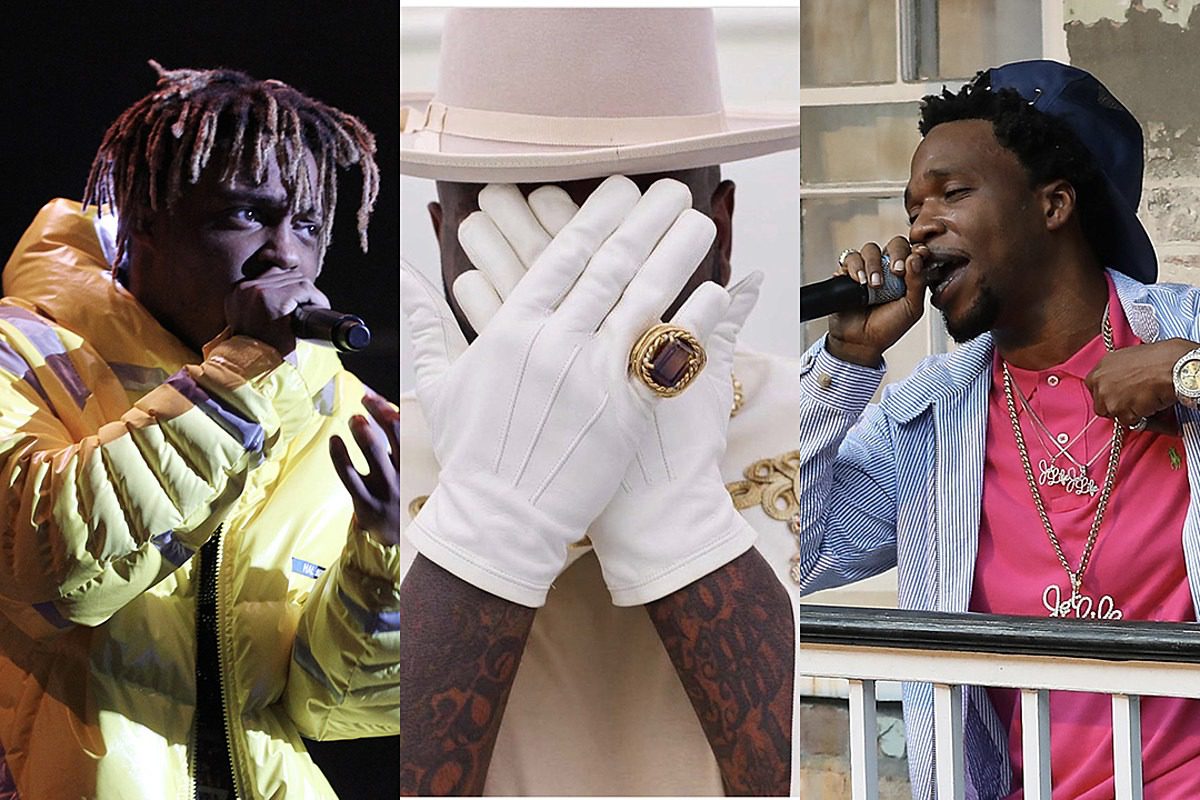 The year 2021 has been a rollercoaster ride, with many peaks and valleys that have impacted the rap community in a number of ways. But as things come to a close, the month of December will bring some new and highly-anticipated albums to hopefully cap things off on a good note musically. November offered a solo effort from Memphis' own Key Glock, a 1980s-inspired fusion of funk and rap by way of Silk Sonic—Bruno Mars and Anderson .Paak—and Snoop Dogg's star-studded LP.

On Dec. 10, Juice Wrld's second posthumous album, Fighting Demons, will arrive. The album was first announced on Nov. 11 with a visual teaser of the late Juice on the road. The video begins with the quote, "You are not your struggles. Addiction, anxiety and depression do not define you." In the clip, Juice says, "I really had nothing to hide. It was never really no filter in my head. Music helps the situation to pass." He also said that him talking about certain things can help someone else with what they're going through. Juice Wrld's first posthumous release, Legends Never Die, came out in July of 2020.

The biggest boss Rick Ross also drops his album, Richer Than I Ever Been, on Dec. 10. His 11th studio album, and the first that he's delivered since Port of Miami 2 in 2019, features the lead single "Outlawz" with 21 Savage and R&B singer Jazmine Sullivan. Rozay, who has been hard at work promoting Thighstop and mowing his many acres of land outside of his Georgia estate, has clearly been in the studio as well. Ross unveiled the grandiose cover artwork for the album—where he is seen wearing a cream-colored fedora, white gloves and an amethyst stone gold ring, with a white cloak featuring gold embroidery—back on Nov. 4.

And Curren$y, who has dropped a heap of albums this year, is delivering not one, but two LPs this month. On Christmas Eve (Dec. 24), Spitta will be releasing Pilot Talk 4 with Ski Beats. The fourth installment to the New Orleans rapper's Pilot Talk series comes six years after the arrival of Pilot Talk 3. Weeks prior, also on Dec. 10 with Juice Wrld and Rick Ross, Curren$y's joint effort with The Alchemist, Half Moon Bay, will be available on DSPs. The NOLA rhymer's Covert Coup with Alchemist, which initially came out in 2011, was rereleased earlier this year as well.

Other anticipated releases for the month of December from the likes of Polo G, Styles P and Havoc, Burner and more can be found below.