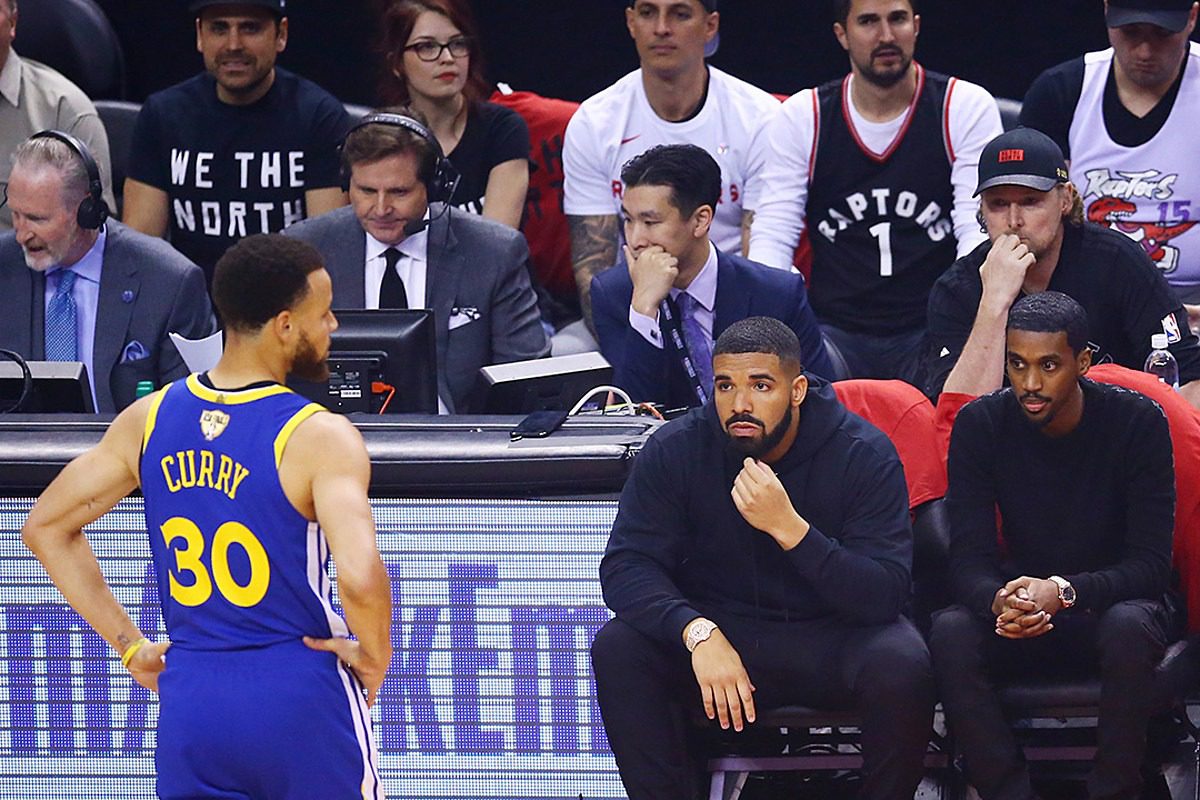 Over the years, Drake has become known for his wild behavior on the sidelines at NBA games. In a new pre-game interview with Steve Kerr, the head coach of the Golden State Warriors, Kerr details the time he had to fine Drizzy for his behavior off the court.

While speaking with press before the Warriors' game against Drake's favorite team, the Toronto Raptors, on Sunday (Jan. 10), the NBA coach described the time he fined Drake $500 for being late to the team's flight to Los Angeles after a home game in San Francisco. Drizzy was accompanied by Draymond Green and Steph Curry, who play for the Warriors.

The eight-time NBA champion, who also spent about 15 years playing in the NBA before becoming a head coach in 2014, then explained the details of Drake being fined after chopping it up with two of his team members at Golden State's Oracle Arena following the game.

"We had a team rule at the time, that you could bring a friend on the plane a couple times a year, and unbeknownst to me Steph decided to use one of his slots for Drake," Steve continued. "When they all finally showed up for the plane, they were all immediately fined for being late."

According to Steve Kerr, both players and the 6 God were charged $500 for their tardiness. He added that the "Laugh Now, Cry Later" rapper handed over his money with ease.

Five hundred dollars is a much smaller fee than the $25,000 the Toronto-bred rapper was charged for trying to poach Kevin Durant to play for his Raptors in 2014.

In September of 2013, Drake was named as the Raptors' Global Ambassador and has been going hard for his team ever since. His loyalty paid off in 2019 when the team gifted him a custom-made, diamond-encrusted sports jacket estimated to be worth $769,000.

These Rappers Claim They're Better Than Another Artist, You Be the Judge