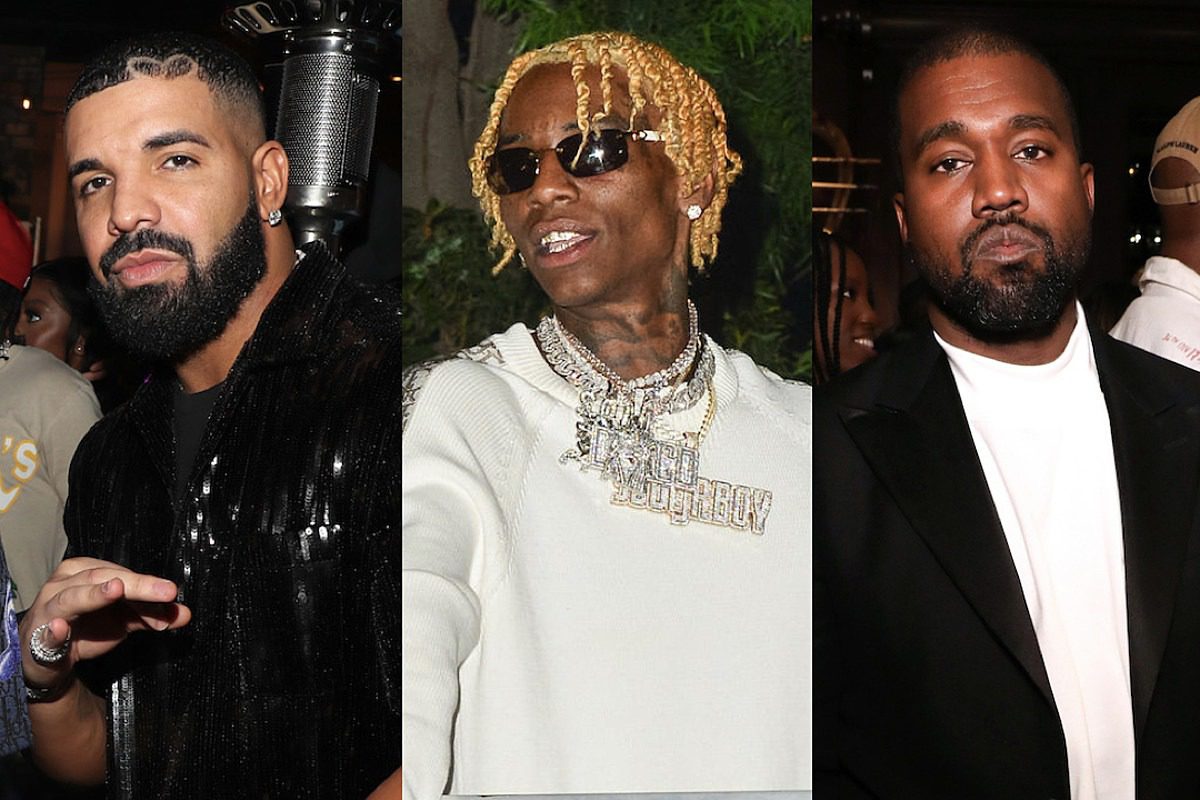 As fans wait for Drake to deliver his album Certified Lover Boy later this week, the Toronto rap superstar decided to poke a little fun at his rap nemesis Kanye West.

On Tuesday (Aug. 31), Drizzy’s friend and rapper Carnage hopped on his Instagram Live and posted a video update on CLB. In doing so, he also added an IG filter of Soulja Boy’s famed 2007 sunglasses with his insignia on them. In the clip, Carnage is in the studio with Drake and when he points his smartphone camera at him he’s rocking Big Draco’s classic frames. “Just went over all the masters…This is big. CLB = Greatness,” Carnage captioned the video.

Some may view this as Drake’s low-key passive-aggressive jab at Kanye, whom he’s been having a social media feud with for the past couple of weeks. Not only that, Soulja Boy has been putting ’Ye on blast ad nauseam for leaving him off the Donda project.

It all started on Sunday (Aug. 30) when the “Crank That” rapper hopped on Twitter claiming in a tweet that he was supposed to be on “Remote Control” with Young Thug but mysteriously he was not on it.

“That nigga Kanye weird af,” Soulja tweeted. “Idk how to feel, Kanye sent me that song “remote control” and I don’t hear my verse on it… hmm fuck that nigga.”

Later the Atlanta rapper showed proof, tweeting out text messages between himself and Kanye in July around Soulja Boy's birthday. In one tweet, Soulja sent his verse to the Chicago rapper-producer for inclusion on the project.

"This nigga Kanye smh. Tell homie dont hit my phone no more," Soulja tweeted along with images of his text thread with Yeezy.

Since then, Soulja has been going on a full-scale Twitter rant. In a series of tweets, the ATL rapper slammed Kanye for supporting former President Donald Trump, demanded that Kanye apologize to Taylor Swift and later disrespected Yeezy's marriage with Kim Kardashian. Soulja even challenged the Chicago rapper-producer to a boxing match.

Meanwhile, Drake is probably in his feelings—see what we did there?—over Kanye reportedly leaking out his home address on social media last week. At the time, Drizzy seemed to be unfazed by the intrusion. However, he did uploaded a video of himself to his IG Story, laughing while presumably cruising through his hometown in a convertible.

Nevertheless, Drake is not going to let some pettiness get in the way of him releasing his new album Certified Lover Boy, which arrives on DSPs this Friday (Sept. 3).