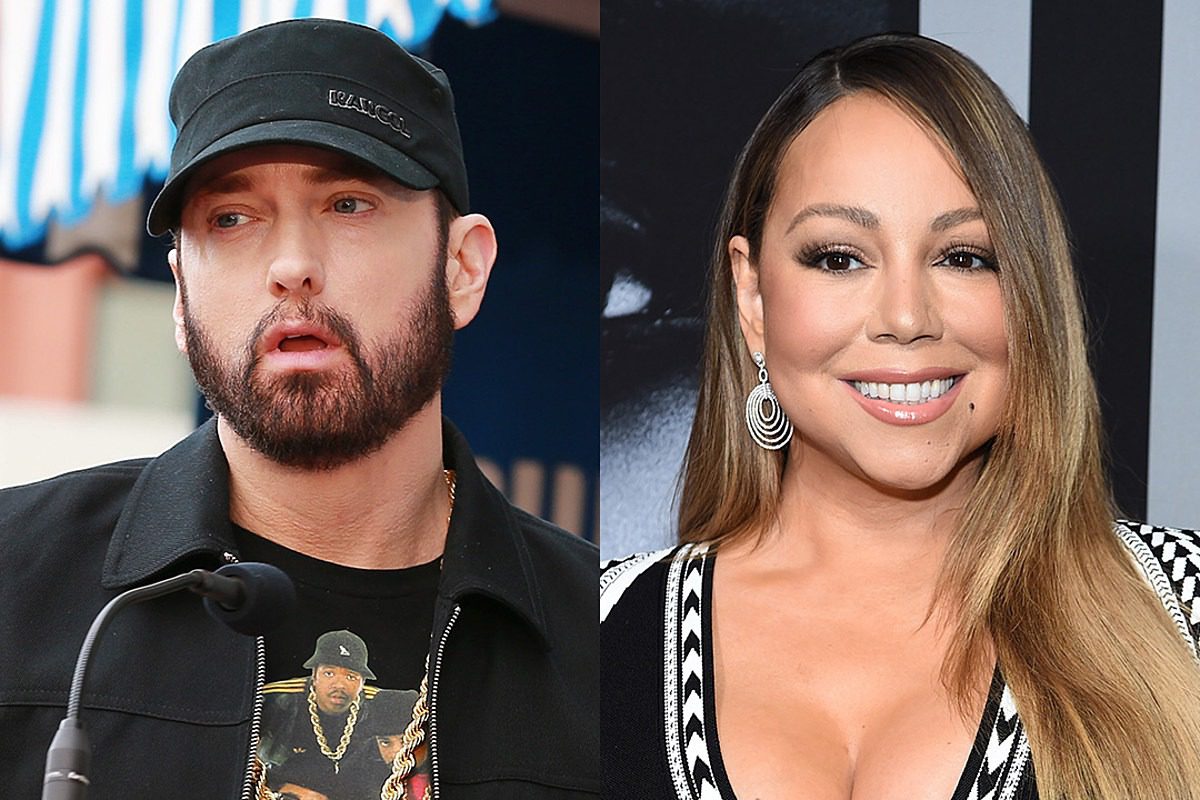 With the release of Mariah Carey's upcoming memoir approaching, Eminem is worried about his past relationship with the pop singer being put on blast.

According to a report published in Us Weekly on Thursday (July 23), the 47-year-old rhymer is "stressed" about what his rumored old flame, Mariah Carey, might be writing about their past relationship in her new book, The Meaning of Mariah Carey.

"Eminem's Achilles heel has always been Mariah Carey. They had a very toxic relationship," a source tells the outlet. "He knows that Mariah is going to say very negative things about him. He is expecting the onslaught, and almost welcomes it."

As the article continues, it's suggests that Em is concerned that he will be categorized as a selfish lover, who didn't perform well in bed.

"Marshall is stressed out that Mariah is going to say shit that he was bad in bed or a selfish lover because he has always been very insecure about that," the anonymous person says. "She knows that."

If Mariah does have a chapter dedicated to her relationship with Eminem in the memoir, she would be giving credence to the previously unconfirmed rumors. In the early 2000s, Slim Shady insinuated that they dated. However, Carey denies that they were ever an item. They've traded shots back-and-forth over the years and even involved her former husband, Nick Cannon. Em and Nick have traded disses as well over the "All I Want for Christmas Is You" singer.

The Meaning of Mariah Carey will be released on Sept. 29 by Andy Cohen Books and the audiobook will be produced by Audible. It's currently available for pre-order.