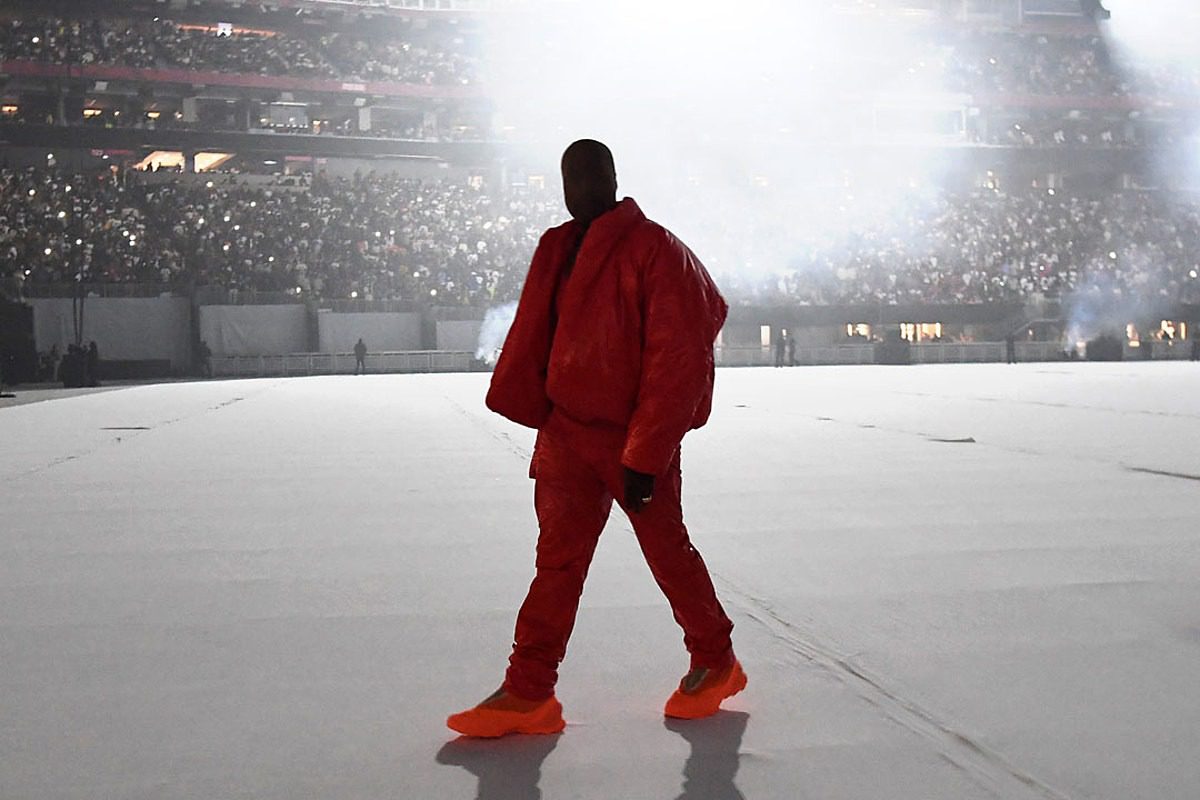 After numerous delays, Kanye West has finally released his 10th studio album, Donda, today. The 27-track collection is stacked with over 30 guest features—more than any of his previous projects.

Additionally, Mike Dean, 88-Keys, Boi-1da, DJ Khalil, Dem Jointz, Audi & Wheezy and Ronny J are a few of the producers who assisted Kanye with the beats for the project.

The rollout for the album has been a wild ride. The Chicago-bred rapper-producer initially announced a July 24, 2020 release date for the LP, but that didn't happen. A year later, fans were given hope that they'd receive the offering, but the release of Donda didn't happen. Nevertheless, Kanye hosted two sold-out listening events at the Mercedes-Benz Stadium in Atlanta on July 22 and Aug. 4. The 44-year-old artist even hunkered down at the stadium in ATL and created a makeshift bedroom for himself so he could finish recording the album uninterrupted.

Kanye also gave fans an inside look at the creative process by livestreaming himself in his living quarters. A view of his daily activities, including him sleeping and exercising were all part of the show.

Before releasing Donda, Kanye also held another listening event at Soldier Field in his hometown of Chicago on Aug. 26. Among the highlights included DaBaby rapping his verse on “Jail, Part. 2,” Kim Kardashian appearing onstage in a white Balenciaga Couture wedding dress and ’Ye setting himself on fire in a blazing stunt. Yes, it was lit.

Check out all the artists appearing on Donda below.