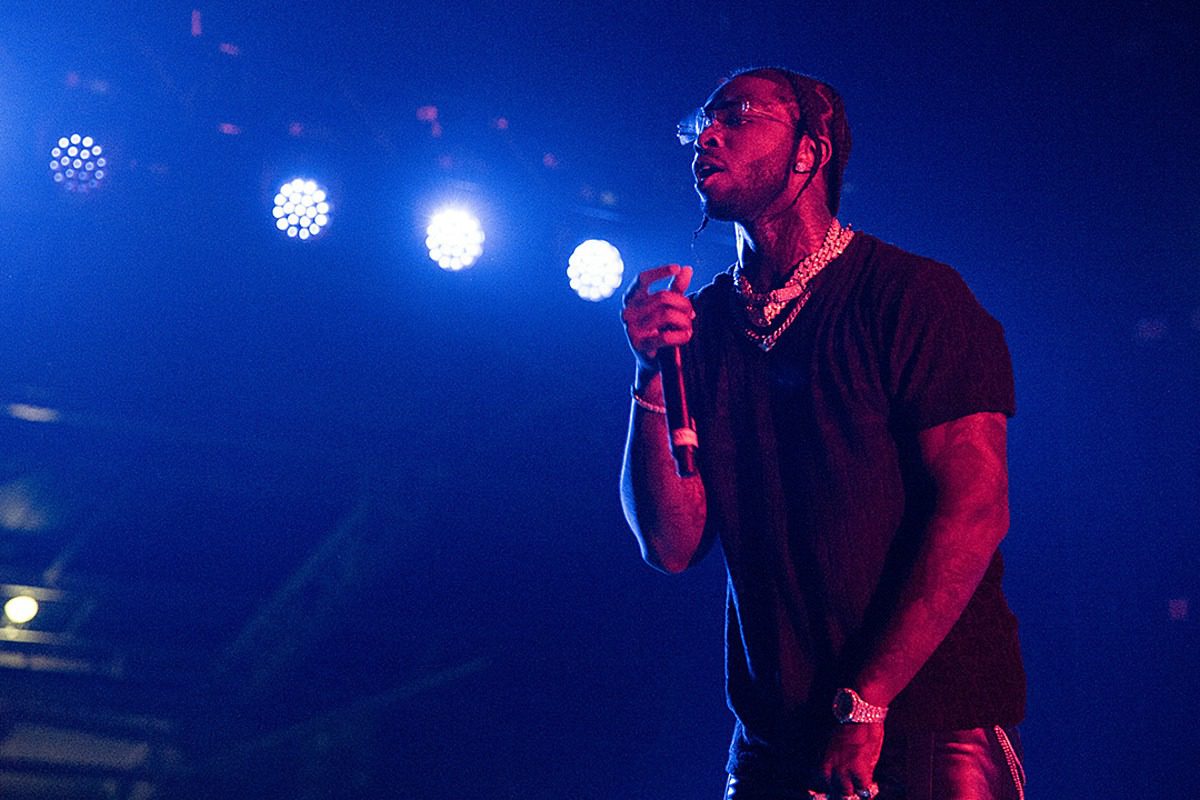 A new posthumous track from the beloved Pop Smoke has arrived from the soundtrack of the film Boogie, where the late rapper also made his acting debut.

On Friday (Feb. 26), "AP" was delivered across all digital streaming platforms. The quintessential Brooklyn drill record is comprised of Pop's signature grit and growl over a grim and base-heavy beat.

He then raps: "If I run down, it's a drum round/All you gonna hear is gun sounds/Niggas know I bring them guns out/I make it hot when it's sundown/Uh/Fever, shorty wanna act like a diva/Shorty wanna suck on my Nina/I leave that shit wet, Aquafina."

Boogie, which stars actors Taylor Takahashi, Taylour Paige, Pamelyn Chee, Mike Moh, Jorge Lendeborg Jr., Alexa Mareka, Perry Yung and Pop Smoke, is the story of Alfred “Boogie” Chin, a talented basketball star from Queens, N.Y., who aspires to go pro and play in the NBA. However, this young man's parents prefer that he focuses on getting a scholarship to a great college over his basketball dreams. Boogie now has to figure out how to navigate his own relationship, high school basketball, his rivals and his parents' expectations. In the film, Pop hits the big screen for the very first time as a basketball player named Monk, who is one of Boogie's on-court rivals.

A trailer for the film dropped last month. Boogie officially hits theaters next Friday (March 5). The late Pop Smoke was shot and killed in Los Angeles just over a year ago.