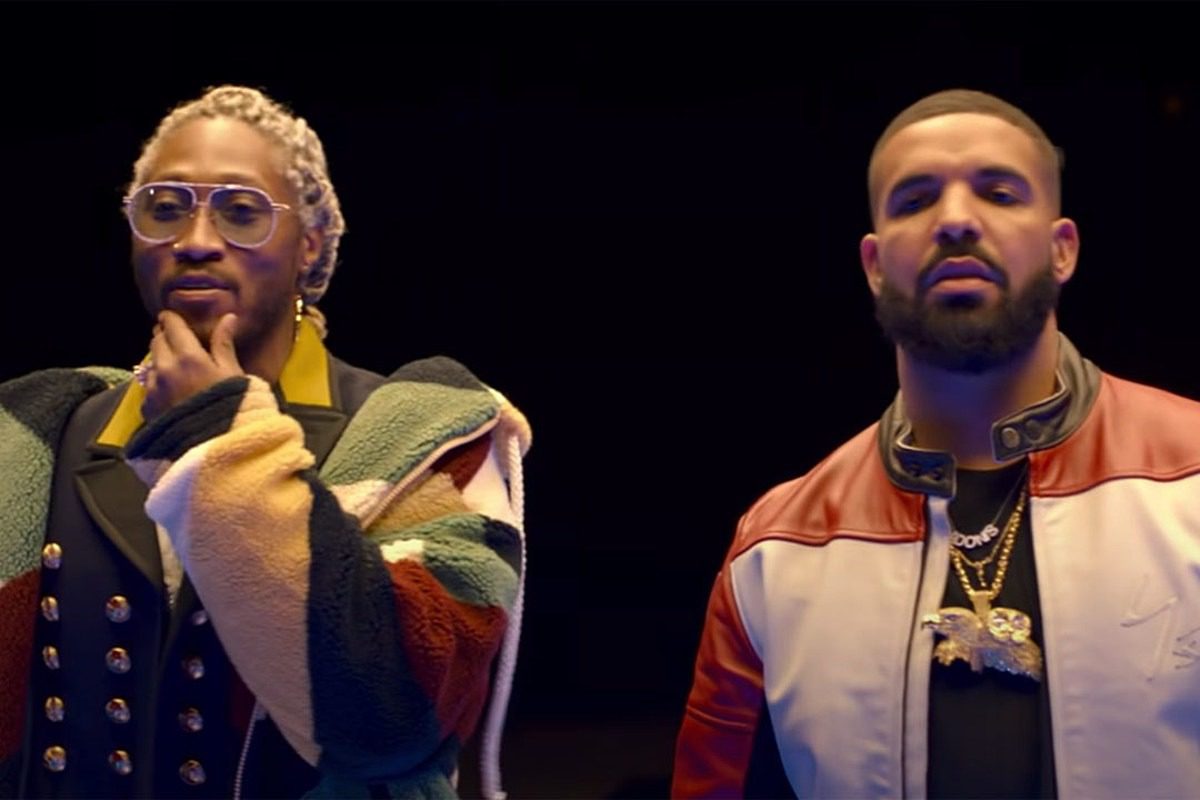 Future and Drake are a new school version of The Throne. Similar to Jay-Z and Kanye West, they’re both mammoth-sized artists in the jungle of rap, and their artistic finesse has resulted in a potent amount of chemistry on wax. They’ve hit an even bigger stride in the last half of a decade, but their musical relationship was birthed on a metallic track called “Tony Montana” in 2011. Now, with 10 years under their collaborative belt, which includes everything from full-fledged projects to ageless loosies and chart-topping singles, it’s time to narrow down their best performances alongside one another.

Once this duo comes up in the barbershop, two things are acknowledged about why their relationship has thrived so well. One: Future has helped validate Drake in the sub-genre of trap. As you remember, the 6 God turned over a more rigid leaf with the 2015 project If You’re Reading This It’s Too Late. He deviated from his usual softer approach with tracks like "used To," and it has since grown on a lot of fan. However, they were still torn between Drake’s decision to wade in waters that he wasn’t used to swimming in.

When What a Time to Be Alive dropped later that summer, Drake was featured going back and forth with a supreme stick-talker like Future didn’t, never sounding out of place. Staticky songs like “Live From The Gutter,” “Jumpman” and “Scholarships” are among the best displays of magic that they’ve whipped up together.

Two: Drake helped solidify Future on a commercial level. The Atlanta rapper’s cowboy hat run in 2015 made him untouchable. Following DS2, Future scored his second No. 1 album with WATTBA. And though he should’ve easily accomplished this feat with other spirituals like “March Madness,” the Down South rhymer actually earned his very first No. 1 song on the Billboard Hot 100 with the Young Thug-assisted “Way 2 Sexy,” featured on Drake’s Certified Lover Boy album. The track's firepower is undeniable, though it doesn’t make this list—it's certainly gimmicky on purpose. Drizzled with toxic masculinity, “N 2 Deep,” another Drizzy and Future Hndrxx collab on CLB is a worthy gem that resurfaces those “Throw Away” vibes from Future that people gravitate toward.

“We strategically got to come out with different ways and new ways to be able to put the music out and connect with the fans in a different way, but also still feed the fans and always respect our duo,” Future told XXL about the FBGOVO working dynamic last year.

With dozens of records in their musical history and even more that are likely collecting dust on a hard drive—Future better not lose it—XXL highlights 15 of their best collaborations over the last decade. Check them out below in anticipation for a rumored What a Time to Be Alive 2 project, which is guaranteed to shake up the game once more if it materializes.

See The Relationship Advice From Future You Never Knew You Needed