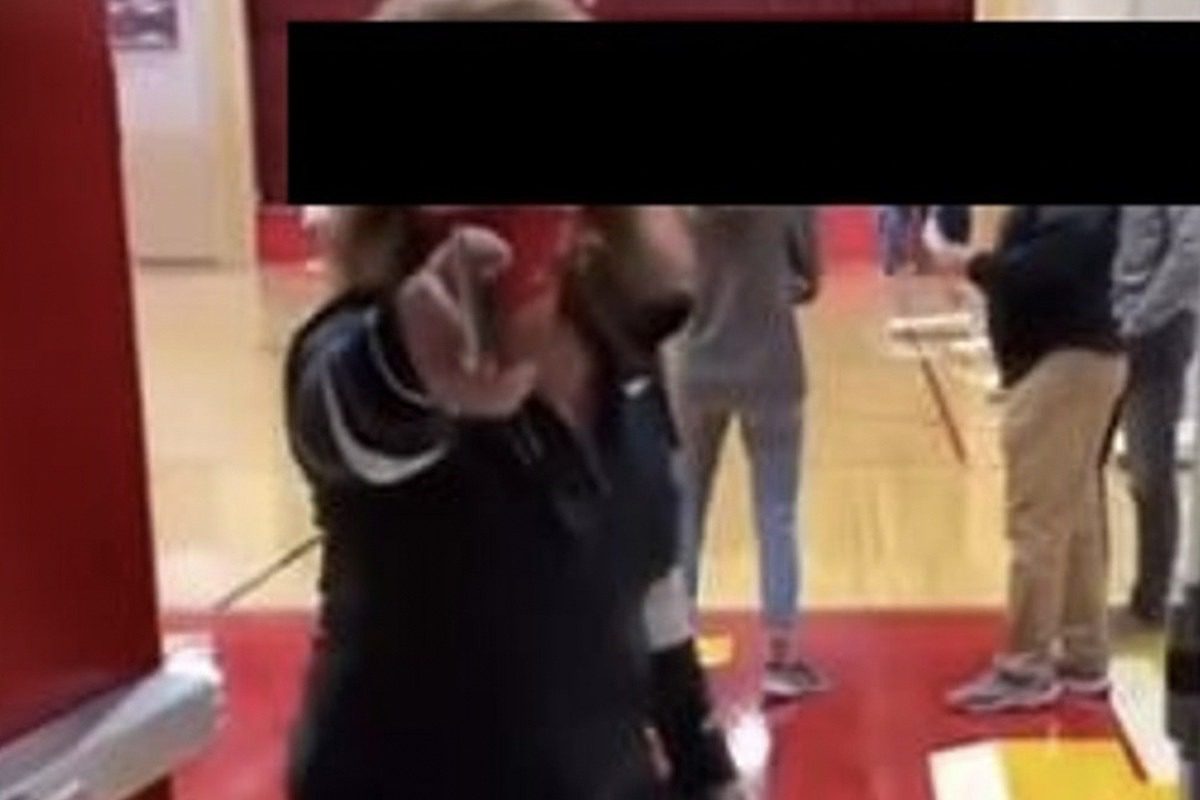 A new TikTok trend, inspired by Nardo Wick's breakout track, has managed to get several students and educators in big trouble.

According to a Fox 32 Chicago report, published on Sunday (Nov. 21), administrators at Tinley Park High School are defending themselves over a viral TikTok video showing high school students and adult staffers pointing their smartphones to the camera like a gun.

Apparently, students were able to trick teachers and even the principal into doing Nardo Wick’s “Who Want Smoke” challenge. A Tinley student shared the video on TikTok and also posted it on Facebook. While some people think it’s funny, others don’t think the video is a laughing matter.

School district rep Jamie Bonnema told Fox 32 Chicago that teachers and Tinley Park High School principal, Dr. Theresa Nolan, were deceived into thinking the video was promoting school spirit. They are embarrassed and shocked by the way the clip was edited.

"From what we understand, they were told that they were going to be in a video kind of promoting school spirit," she said. "They had no clue that they would be made to look like they were holding guns. They had no clue that their phone was going to be used like that. The video is edited pretty heavily to make them look a specific way. So completely misled by a student at the school. We were extremely disappointed when we saw this video."

The news report doesn't confirm that teachers were doing the challenge in their broadcast clip. However, the school also released a statement, which said, "It's extremely disheartening that our students would find this content or prank to be humorous. It's even more saddening that a student would choose to mislead staff members who are here to support them and help them every day. There is nothing funny about this video."

They weren’t the only people getting in trouble over the challenge.

According to a ClarksvilleNow.com article on Wednesday (Nov. 23), over 50 students were suspended from West Creek High School in Clarksville, Tenn. last Friday (Nov. 19) after a video showing students pointing their smartphones to the camera to simulate a gun went viral on TikTok.

Christian Williams, 17, told the news website that he created the visual and posted it on the video-sharing app. A parent saw the clip and informed the school about it. Williams said that he as well as students that appeared in the video were called to the principal’s office.

"[The principal] was suspending everybody that was in the video, and it was 50-plus people, because I made two parts to this video,” said Williams. “Lesson learned,” he added.

In an email to Clarksville Now, Jessica Goldberg, a spokesperson for the Clarksville-Montgomery County School System, said the students were suspended for violating the CMCSS Student Code of Conduct rule of "Other Conduct Warranting Discipline," which includes "any conduct which is disruptive, dangerous, harmful to the student or others, not otherwise specifically enumerated herein."

As for the students at Tinley Park High School, Jamie Bonnema said there will be disciplinary actions for those involved in their viral video.

The specific disciplinary actions cannot be disclosed due to the Family Educational Rights and Privacy Act (FERPA).

The remix to Jacksonville, Fla. rapper Nardo Wick's "Who Want Smoke," which features 21 Savage, G Herbo and Lil Durk peaked on the Billboard Hot 100 at No. 17 and currently sits at the 35th spot on the chart.

See the Many Times Rappers’ Social Media Accounts Were Suspended