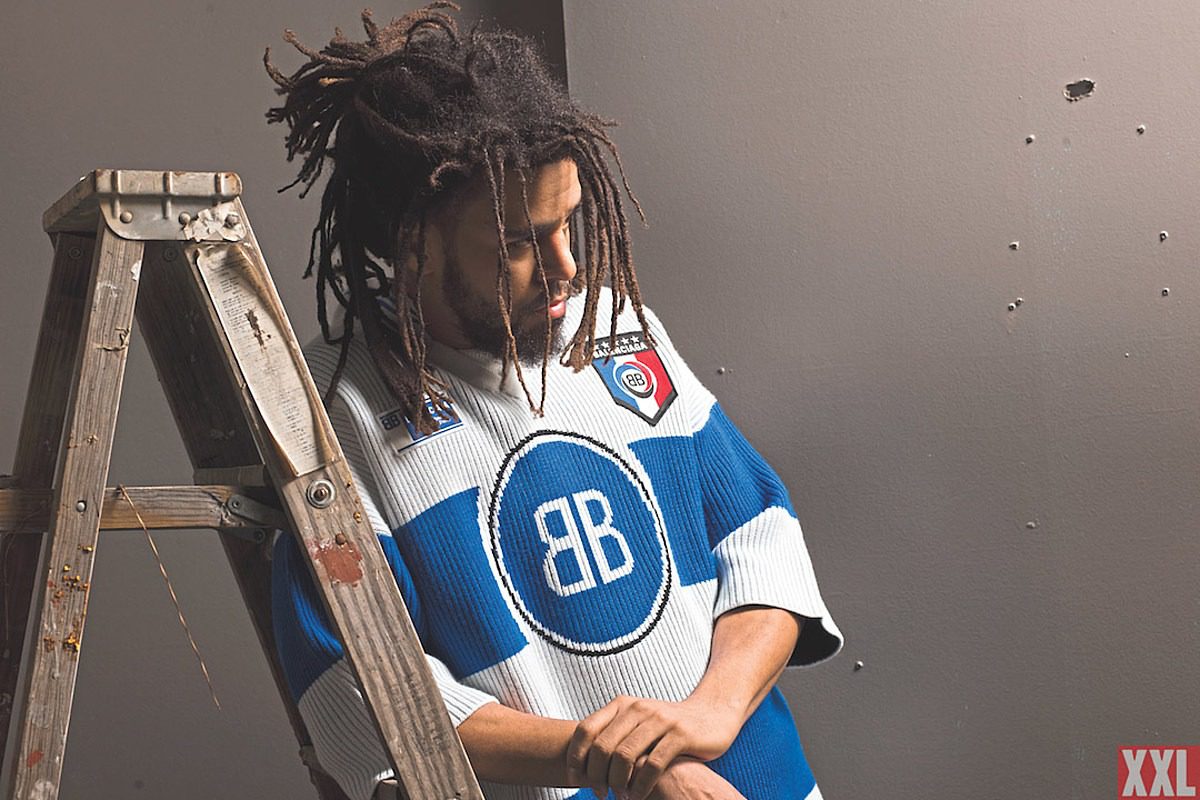 As promised, Cole dropped off a two-pack for fans on Wednesday night (July 22). The Dreamvillians have been awaiting some new heat from Cole and he delivered. The 35-year-old rapper released "The Climb Back" and "Lion King on Ice." He announced the arrival of records, which is packaged on streaming services under Lewis Street, in a tweet, which said, "First 2 songs from The Fall Off. Out now."

"Enough straps to fill four Uhauls/More death than World War II caused around these parts/We pour the brown just to drown these thoughts/Of black corpses in county morgues, Lord, those images hauntin’/I ain’t been sleep yet, it’s 10 in the morning/I’m sending a warning, a problem with me is like the BET Hip-Hop awards I’m starting to see you niggas don’t want it/I’m sick of this flauntin’, from niggas I know for sho ain’t got mo’ dough than Cole," he raps on the first verse of "The Climb Back," as he introspectively recounts occurrences from his past.

"Lion King on Ice" was also produced by J. Cole alongside beatmakers T-Minus and Jetsonmade.

"Don't wan' be the reason for one more sad song/I tried to warn niggas they wouldn't last long/I hope that you see how they came and they went/They shots never hit but they made their attempts/May have a good year like their name on a blimp/But you know what it take to be poppin' this long/Dedication on another level niggas never seen in they life/Celebratin' all your first downs like their touchdowns bring a price," Cole raps on "Lion King on Ice," while referencing his Young Simba moniker that he often used in the earlier years of his rap career.

The Fayetteville, N.C. spitter first announced the arrival of the tracks yesterday (July 21) when he shared a post to social media declaring the two singles would drop. Though he hinted that the records will appear on his forthcoming album, he spared additional details on the EP.

"The Climb Back – produced by me," he began." "Lion King on Ice – produced by J. Cole, T-Minus, and Jetson. First 2 songs from The Fall Off. Dropping tomorrow night 10 pm. No date for the album yet, taking my time, still finishing."

These two tracks appear to be the first snippets of Cole's highly anticipated album, The Fall Off. It's unclear when the LP will drop, but the 2010 XXL Freshman announced two years ago that an album was in the works when he released “1985 (Intro to ‘The Fall Off’),” which appears on KOD. Since that point, fans have been patiently waiting for an album announcement.

Actually, Olu from EarthGang told Cole's supporters via Instagram Live this month that an album from the rapper is coming, but it's held up due to the coronavirus pandemic. With Olu saying yes to the project dropping and Ibrahim saying no, things are pretty uncertain. However, these two new records should hold fans over until Cole hits fans with a release date.

Check out J. Cole's "The Climb Back" and "Lion King on Ice" below.