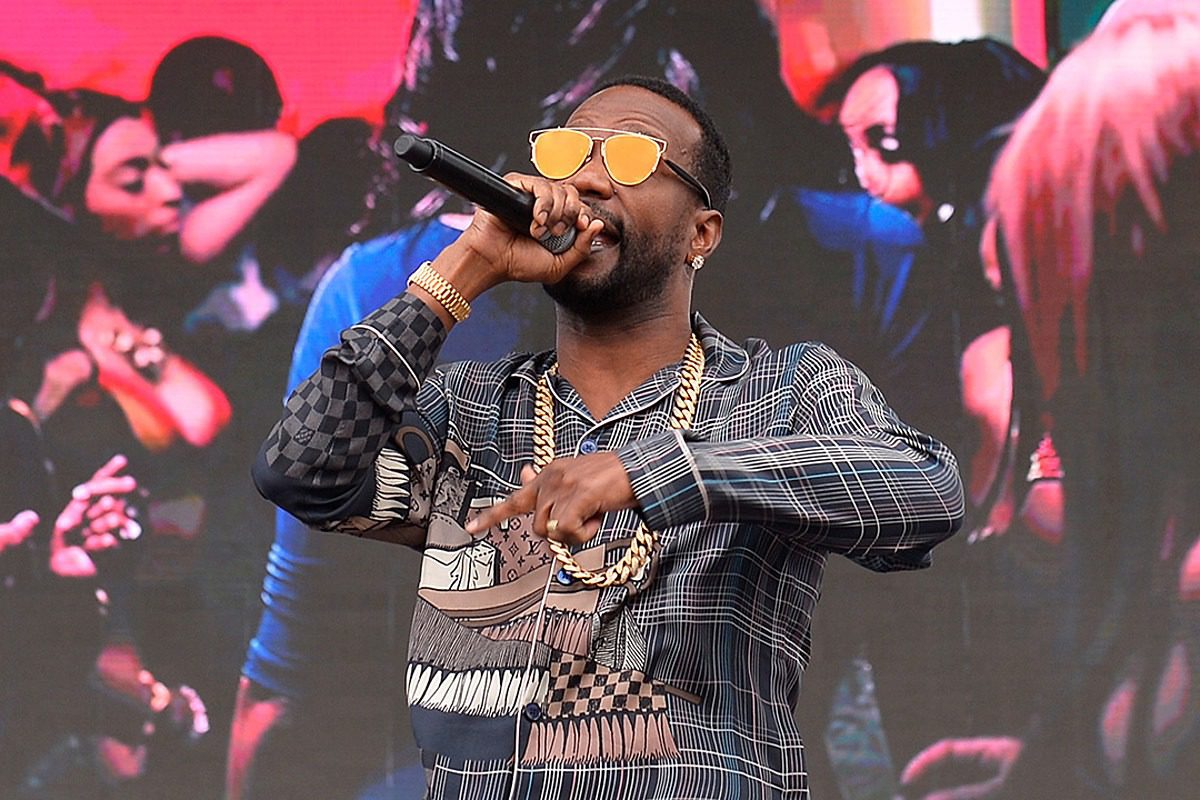 Juicy J confesses he keeps guns in his possession and will shoot if needed in a stream of tweets on Twitter.

On Monday (June 17), the Memphis rapper tweeted that he keeps three guns on his person. In the tweets, Juicy also explained that he is unfazed by the consequences that could arise from his carrying a firearm.

"I never tried to be some tough guy for attention, but I keep 3 straps on me at all time," the rapper says in tweets that have since been deleted. "I will shoot if I have to I don't care about jail."

As Juicy's comments continue, fans begin to question if he can rap about positivity. In one of his responses, he explains that he has tried to keep positivity in his music, but also reflects on the current state of the world.

"I'm trying to give y'all more positivity in my music, but right now we are living in a violent world I rather everybody chill & smoke weed," he wrote. The rapper later clarified that he wasn't threatening to shoot anyone and that his tweets were being taken out of context.

"I didn't say go out & shoot somebody y'all taking my tweet out of context," Juicy said. "I was trying to explain to y'all we have to do what we have to do to protect ourselves & our family. I prefer all of you to be none violent but that's impossible."

After reflecting on his comments, the Three 6 Mafia member said he will be deleting his previous tweets.

"I'm gonna delete the tweets I'm a OG," he continued. "I only want y'all to soak up good energy from me even tho I try to tell y'all about real life situations nobody gets it & I understand I'm a weed head too, sometimes when high you won't get it as quick."

As promised, Juicy removed the prior tweets from his Twitter page.