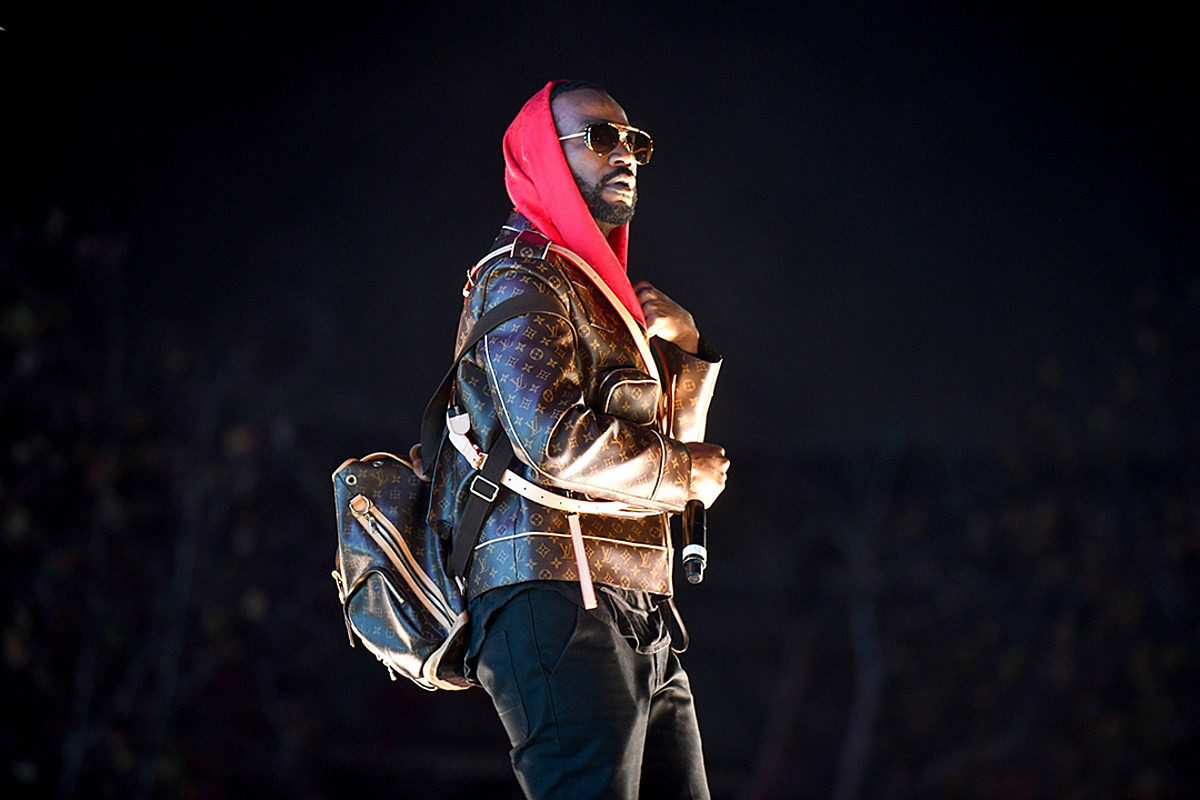 Juicy J has said no to the COVID-19 vaccine, but people on social media won't let him forget the many lyrics he has about using prescription drugs.

Early Friday morning (March 26), the Three 6 Mafia member wrote in a now-deleted tweet, "If I was you , I wouldn't get vaccinated I would wear a mask & take vitamins."

While Juicy J is entitled to sharing his anti-vax thoughts, plenty of folks on Twitter offered the Memphis rapper some reminders about the drug-related subject matter in some of his songs.

One person tweeted, "A zip and a double cup Juicy J giving health advice?" This line is from Juicy's song "Zip and a Double Cup" off of his Blue Dream & Lean album. Typically, double cups contain lean—a mixture of codeine cough syrup, soda and sometimes candy.

Another person said, "People like Juicy J will take molly or ecstasy but 'do not trust' a COVID vaccine. #MakeItMakeSense." On Juicy J's 2011 track, "Get Higher," he raps, "Take the blunt, dip it in the lean, then light it/Pop a Molly, drink some orange juice, get higher." This is likely what the social media user was referring to.

A third person typed, "I think it's rich that Juicy J trusted drug companies for decades for various prescription opioids of choice but  vaccines is where he put his foot down," including three laughing emojis.

Although Juicy is catching flak for his sentiments on the coronavirus vaccine, he isn't the first rapper to speak against what the country hopes will offer Americans an eventual sense of normalcy.

During Kanye West's interview with Forbes last year, the Chicago native revealed that he had contracted the coronavirus, but also deemed the vaccine the "mark of the beast."

According to the Center of Disease Control, as of March 4, there are three types of COVID-19 vaccines: Pfizer-BioNTech, Moderna and Johnson & Johnson/Janssen. Additionally, President Biden revealed on Thursday (March 25) that he wants to have administered 200 million vaccinations by his 100th day in office, which would be sometime around April 23, according to CNBC.

See more reactions to Juicy J's tweet against the COVID-19 vaccine below.