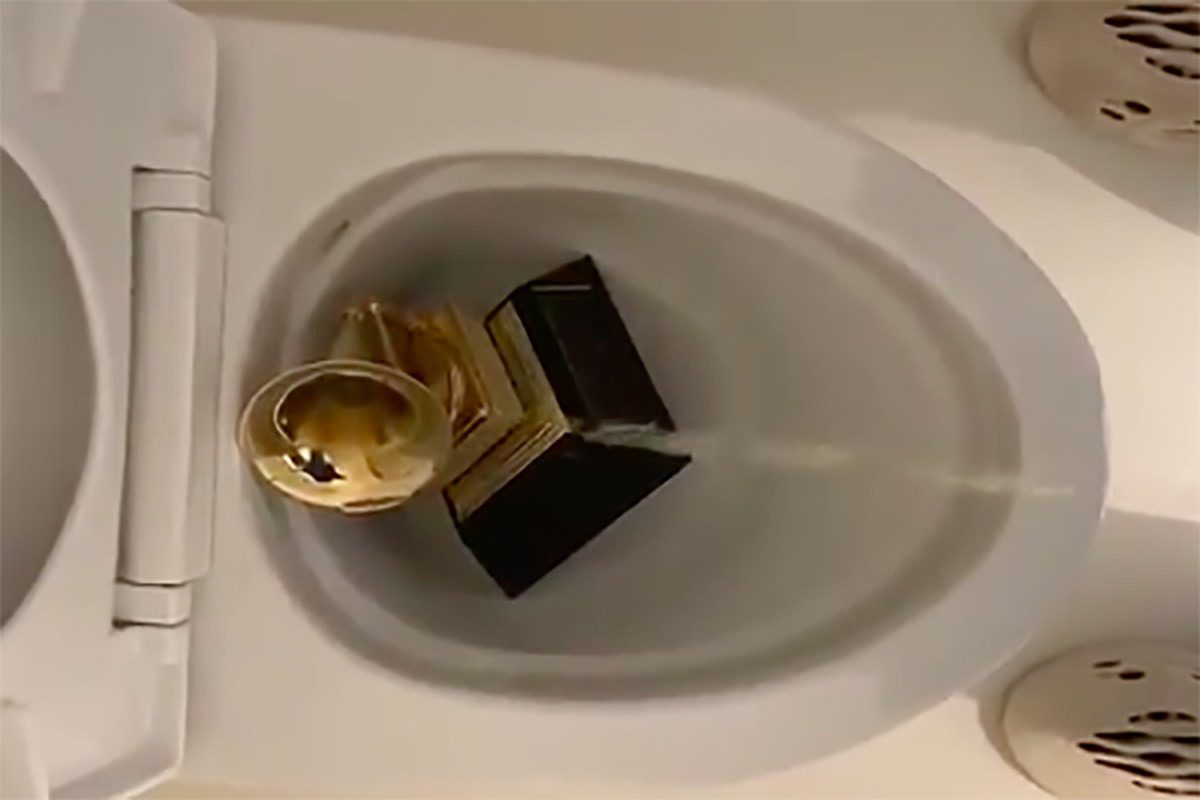 Following a stream of tweets about his contracts with Universal Music Group, Kanye West shared a video showing what he truly thinks of his Grammy Awards.

On Wednesday (Sept. 16), Kanye posted a video of himself urinating on one of his 21 Grammy trophies. In the video posted to Twitter, a cream pair of Yeezy Foam Rnnr Ararat shoes can be seen in the bathroom in front of the toilet bowl, which has the seat lifted.

"Trust me … I WONT STOP," he captioned the video posted to Twitter.

While Kanye West's face is not seen in the clip, it is hard to assume the video would be featuring another person using the restroom with ‘Ye's Grammy in the toilet and a pair of the rapper's shoes on their feet. This is one of the 100 tweets Kanye sent out within the last hour. However, his ammunition was initially pointed at record labels like Def Jam and UMG. His most recent stunt with the award could be seen as a way to challenge the music industry like he mentioned he would do in a series of tweets earlier today.

The "Jesus Walks" rapper promised fans he would deliver a moment that could change the music industry as a whole. In a tweet shared to the social media platform, Kanye expressed how humbled he felt to be to share the details of his contract as he has previously mentioned that he is fighting for the rights to his song masters.

"THIS MOMENT IS GOING TO CHANGE THE MUSIC INDUSTRY FOR GOOD … I FEEL SO HUMBLED AND BLESSED THAT GOD HAS PUT ME IN A STRONG ENOUGH POSITION TO DO THIS … EVERYONE KEEP PRAYING … ITS WORKING … I AM ON MY KNEES THIS MORNING," he wrote.

A rep from the Recording Academy, the parent company to the Grammy Awards, has yet to respond to Kanye's actions.