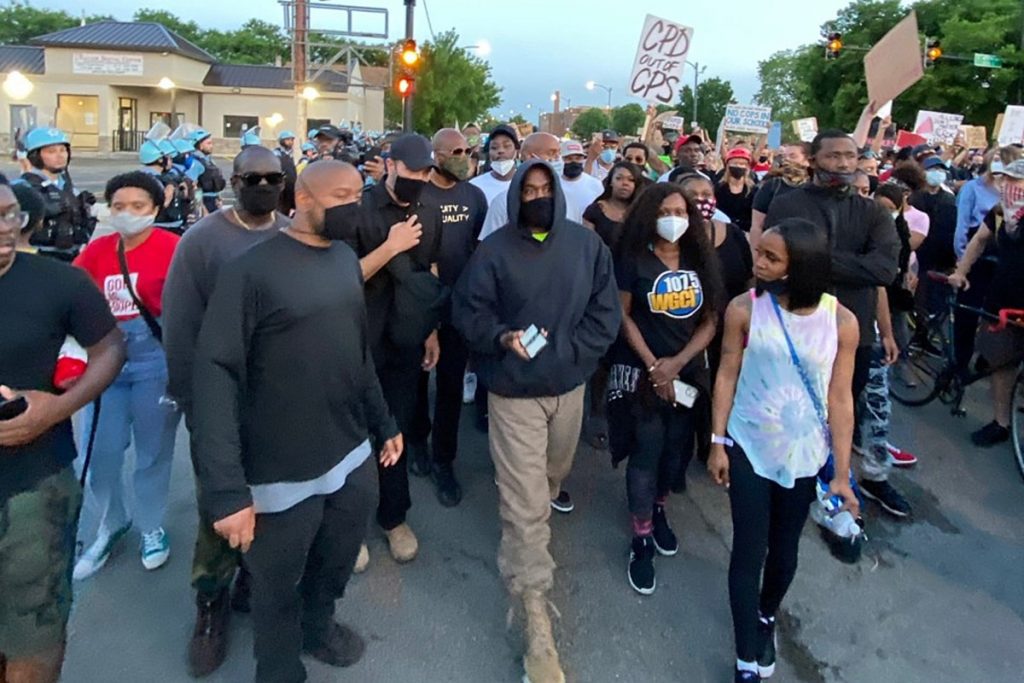 Kanye West is taking action and standing on the frontlines with protesters.

On Thursday evening (June 4), Kanye joined demonstrators in his hometown of Chicago as they demand justice for George Floyd, who was killed by former Minneapolis, Minn. police officer Derek Chauvin last month after he pinned his knee onto Floyd's neck for over eight minutes. Chauvin and the three other officers who were on the scene at the time have all been fired and charged in Floyd's murder.

A rep for ’Ye confirmed to XXL that the rapper participated in the #JusticeforGeorgeFloyd protest in the Southside area of his hometown. The protest is also calling for the removal of the Chicago Police Department from Chicago Public Schools. According to Protest Chicago, the movement to have CPS end their contract with the CPD comes after schools in Minneapolis canceled their contract with the Minneapolis Police Department to police their schools and universities.

Kanye protesting on the Southside of Chicago follows news that the rapper donated $2 million to the families of George Floyd, Breonna Taylor and Ahmaud Arbery, whose lives were taken as a result of racism and police brutality. ’Ye has also established a 529 savings fund for Floyd's 6-year-old daughter, Gianna Floyd, which will cover the costs of her college tuition.

The G.O.O.D. Music president joins a host of rappers who have stood with protesters to demand change. Bun B, Trae Tha Truth, Mysonne and Nick Cannon all traveled to Minnesota to protest for George Floyd. Lil Yachty took action in Atlanta. J. Cole participated in a protest in his hometown of Fayetteville, N.C. Casanova also walked with the people of New York City to seek justice for victims of racial inequality and police violence.