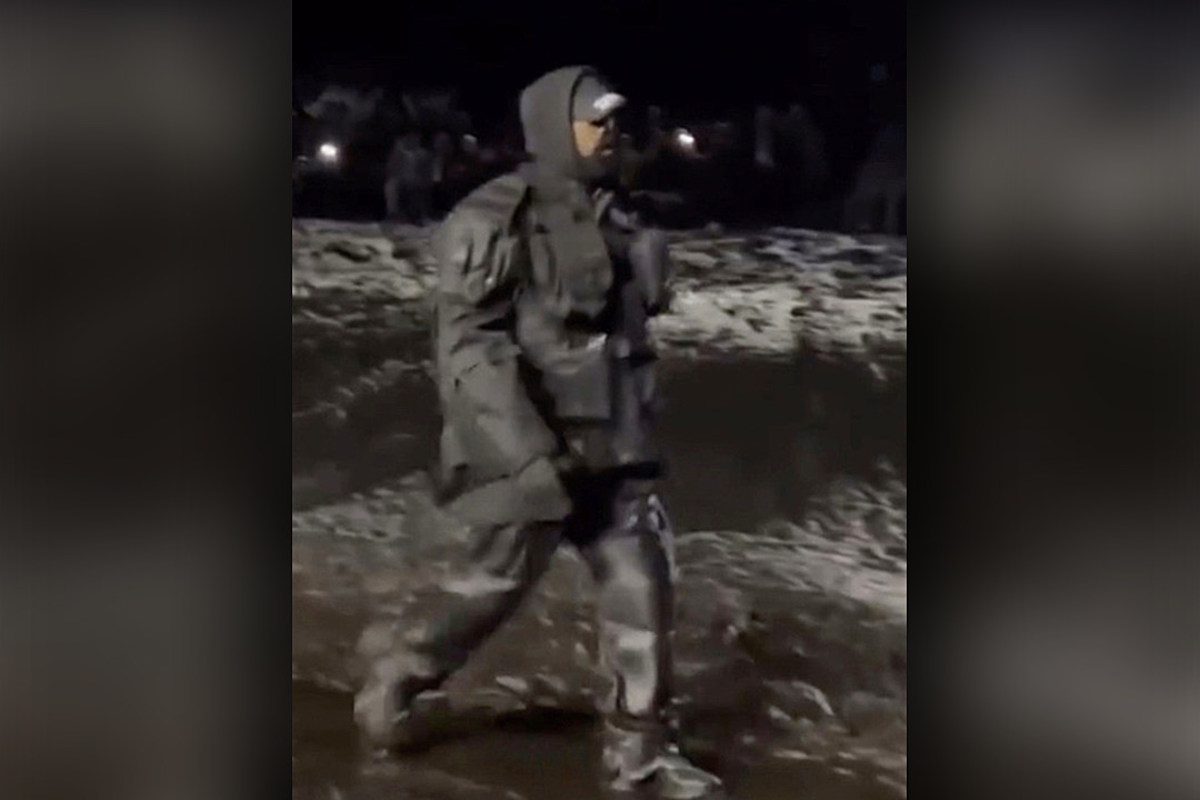 It looks like Kanye West is ready to get his hands dirty again in the fashion world as he marched down a runway of mud for Balenciaga's fashion show in Paris.

On Sunday (Oct. 2), Kanye West made his first-ever runway appearance at Balenciaga's fashion show for their Summer 2023 collection. In a video posted on TMZ, Ye is walking down a runway of mud wearing what appears to be an all-black paramilitary outfit with a ridiculous amount of utility pockets and a “Security” patch over the coat’s left breast.

The Chicago producer also donned a hoodie, which covered his hat that he kept very low with only his bushy goatee visible to the crowd. Kanye was also wearing a mouth guard with the word "Balenciaga" written across the top of the mouth piece. Watch the video below.

Here's a close up of Ye on the runway of mud at Balenciaga’s show.

According to Balenciaga creative director Demna's show notes, the summer 2023 collection represents "a metaphor for digging for truth and being down to earth." That might explain why the other models that followed Kanye were sloshing in the mud in lace dresses, shorts and suit pants.

Elle reports that Ye’s children North, Chicago, Psalm and Saint West, were in attendance at the Balenciaga show. There's no word on if his ex-wife, Kim Kardashian, was in the building, but she was probably near by.

Kanye's appearance at Paris Fashion Week comes after the multi-talented entertainer severed his partnership with Gap and Adidas.

Who knows? There might be a Kanye West x Balenciaga collaboration in the works.