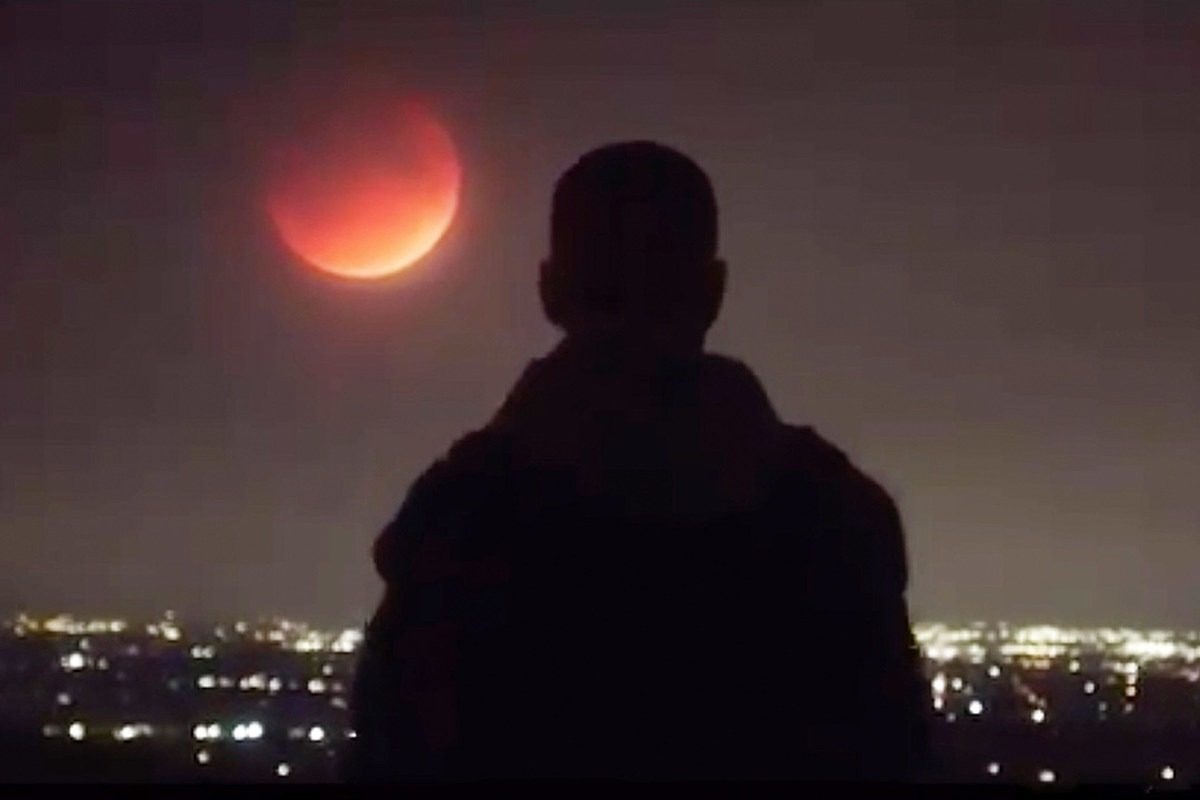 A new solo album from Kid Cudi is finally on the way.

On Monday afternoon (Oct. 26), Cudder announced the release of his forthcoming album, Man on the Moon III. In a visual shared on his Twitter page, which features a video montage of the Cleveland rapper in the beginning, a silhouette of Cudi can be seen staring at what appears to be a blood moon. Seemingly metaphoric for his new album.

Faint chants of "Cudi" can also be heard in the background as he lights either a cigarette or a blunt.

The visual closes out with the roman numeral three and the phrase, "The trilogy continues." The social media post is also captioned, "THE TRILOGY CONTINUES…"

While there was no official release date offered, the rhymer notes that the effort will be arriving "soon."

The news of the third installment to Kid Cudi's Man on the Moon album series likely comes as a surprise to his fans as Cudi said four years ago that he didn't feel compelled to drop a third offering, which would make MOTM a trilogy.

"And I don’t even feel obligated to do Man on the Moon 3 anymore," he said in an interview with Billboard back in 2016. "As of right now, people should just get that off their mind. That’s not ever going to happen. It’d be different if the first two were platinum. They’re not even platinum! Man on the Moon 1 is like 860,000 sold. It’s hanging on by a thread."

Back in April, Cudi teased new music, but fans were possibly under the impression that the snippets would appear in full on his Entergalactic album, which he announced in July of 2019. At the time, the "Day 'N' Nite" rapper also shared that he would be executive producing, starring, writing as well as doing the soundtrack for a Netflix series based on the aforementioned LP. Kid Cudi is working in tandem with Kenya Barris, creator and executive producer of ABC's Black-ish, on the project.

Man on the Moon III will be Cudi's first solo album since Passion, Pain & Demon Slayin', which came out in 2016.

He released Kids See Ghosts with Kanye West in 2018.

Kid Cudi has a joint album with Travis Scott on the way too.