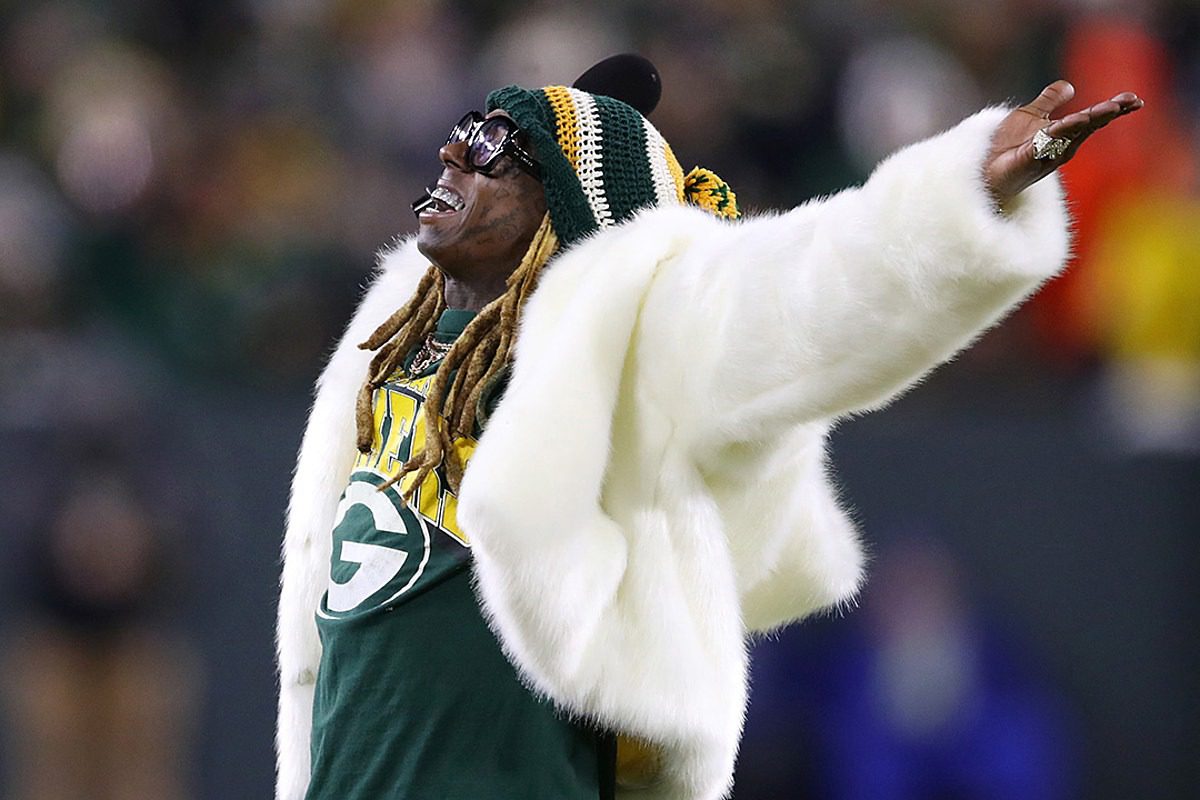 Aside from Lil Wayne making hit after hit, he's also a huge fan of the NFL's Green Bay Packers. So much of a fan that he's made his second track in honor of the Wisconsin-based team a few weeks ahead of Super Bowl LV next month.

On Friday night (Jan. 15), Weezy F. Baby released his new song titled "Green and Yellow," which will serve as the theme song for the Packers. Just as he did in his 2011 version of the song, he samples Wiz Khalifa's "Black and Yellow."

During an episode of Skip and Shannon: Undisputed on ESPN earlier today, the New Orleans-bred rhymer explained that he'd be dropping a new song for the professional football team who dons their famous green and yellow colors.

"I did a song before ["Green and Yellow"] and we had a good turnout," Lil Wayne said while sharing how the song came about this time around. "It was successful. We had good results and we're trying to do it again this time."

Wayne also revealed that creating this track was unlike songs he's made in the past. "I took a lot of time into it," he said. "I worked on it for three days, too. I don't do that."

Lil Wayne added that he had to follow a few rules when making the new joint. "They had some specific rules about the song," he told co-hosts Skip Bayless and Shannon Sharpe. "They don't want nobody to hear it before the team hears it, obviously. They want them to hear it all at once. That's how I want it to be as well just so I want them to be able to hear it. And I want them to run through a wall after that."

The NOLA rapper, whom some would assume is a fan of the New Orleans Saints, later shared that he became a Packers fan after the team played in the Super Bowl in his hometown back in 1997. Wayne said after the midwestern team won, his dad brought home Packers memorabilia and the rest is history.

The Green Bay Packers currently have a record of 13-3, the best in their division, and are facing off against the Los Angeles Rams in the playoffs, which means they're contenders for the Super Bowl on Feb. 7—if they beat the Rams.

Check out Lil Wayne's "Green and Yellow" song for the Green Bay Packers below.