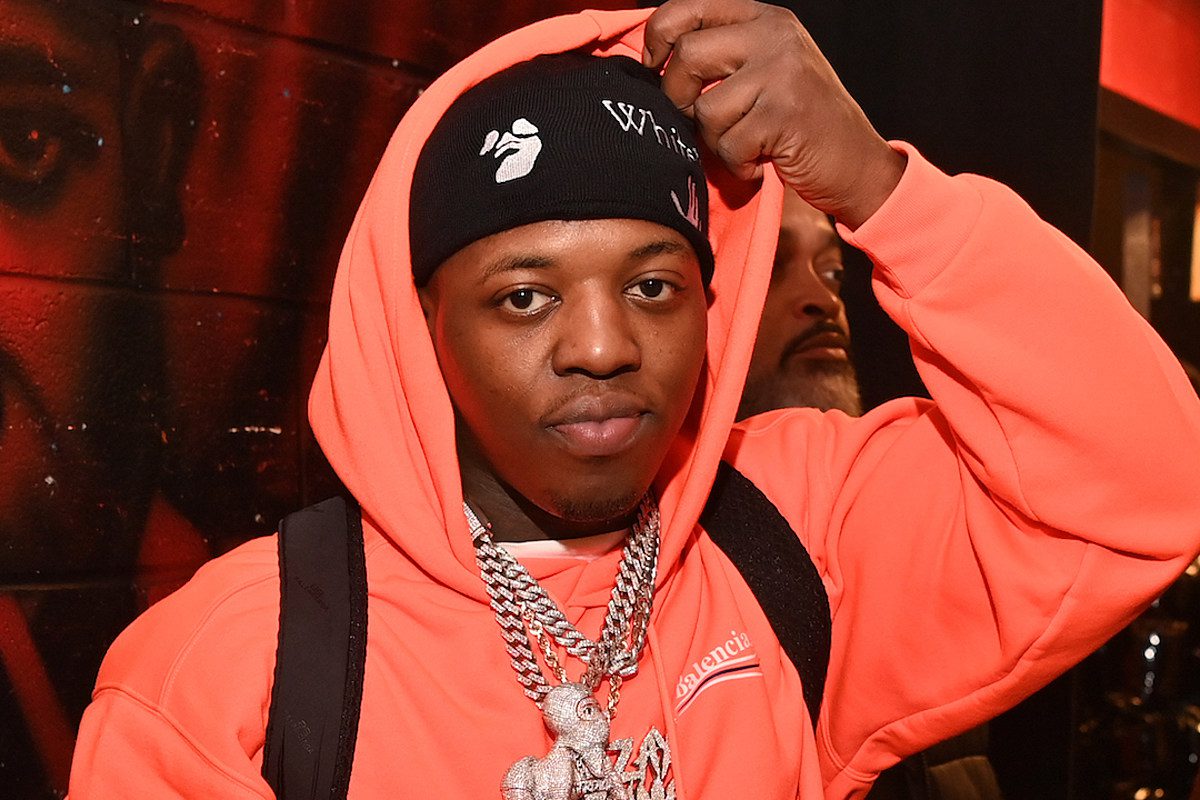 Lil Zay Osama was arrested after allegedly leaving a loaded Glock handgun in an Uber earlier this week.

According to documents obtained by XXL, Lil Zay Osama, born Isaiah Dukes, was arrested and held without bail after he allegedly left a loaded Glock 22.40 caliber pistol in an Uber. Federal prosecutors in Brooklyn, N.Y., alleged in the complaint that on Thursday (Sept. 29), a rideshare driver picked up the Chicago rapper and his acquaintances in Manhattan and observed Lil Zay holding a firearm. After dropping him and his associates off in Queens, N.Y. , the driver discovered that Lil Zay had left the firearm in the vehicle and called the police.

Law enforcement responded and retrieved the gun from the vehicle, and the driver later helped identify Lil Zay Osama. Subsequently, the "Have You Ever" rapper was arrested and charged with possession of a machine gun and being a felon in possession of a firearm.

Prosecutors claim the gun Lil Zay was carrying is a modified Glock 22.40 caliber pistol that has a "switch" (also known as "auto sear") device attached, which enables the firearm to shoot bullets in rapid fire like a machine gun. Additionally, prosecutors said in the complaint that the Chi-City rhymer is well aware of the significance of a switch device and cited rap lyrics from his 2021 song "Danny Block," which goes:

Prosecutors also noted that the 25-year-old rapper has a prior weapons possession conviction in Illinois and has two outstanding arrest warrants, and therefore made him a flight risk and a danger to the community.

"The crimes charged in this case are extremely serious and confirm that the defendant is a danger to the community," Assistant U.S. Attorney (Eastern District of New York) Rebecca Schuman wrote in court filings. "For one, the defendant possessed a particularly deadly weapon that had been converted from a handgun capable of shooting just one bullet each time the trigger is squeezed to having the capability of firing until the trigger is lifted."

Lil Zay Osama is currently in jail and is being held without bond. If convicted, he could face 20 years in prison on the two criminal charges.

XXL has reached out to Lil Zay Osama's reps and his attorney for comment.

C-Murder, Max B, B.G. and more.
Industry Stories - by admin