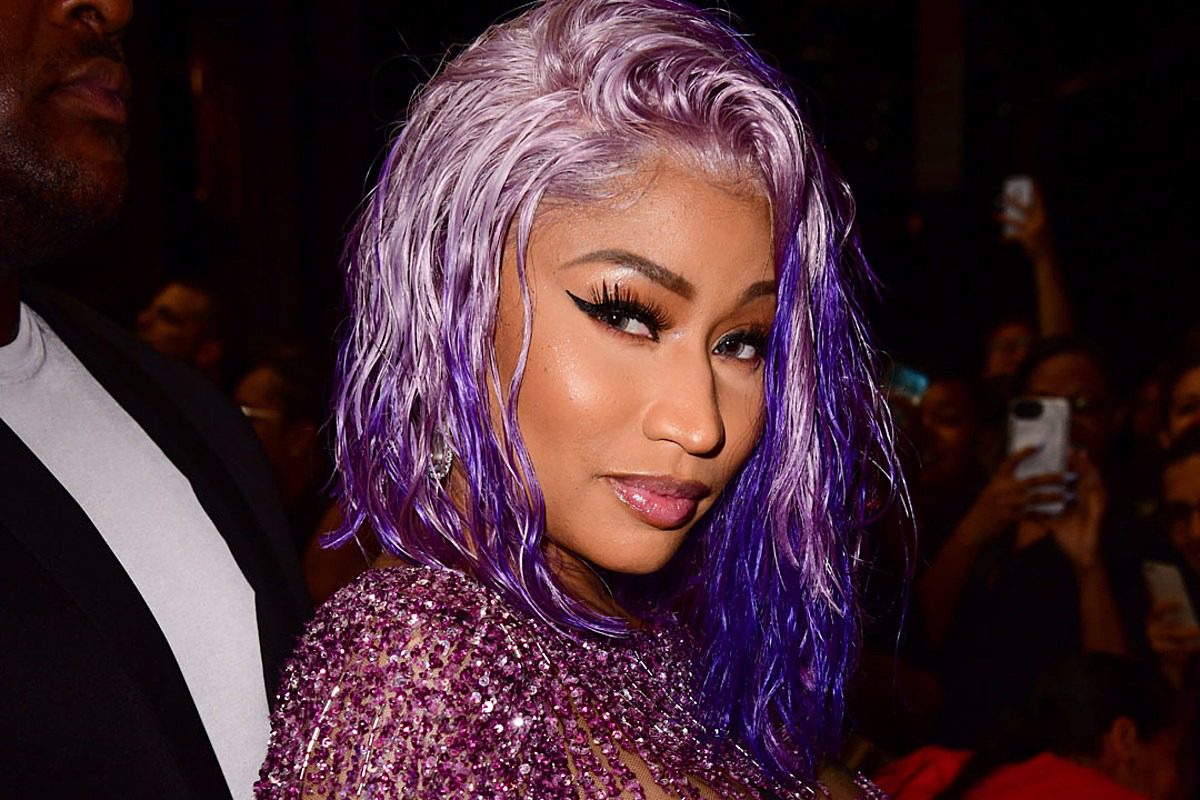 Nicki Minaj pulled out of Sunday's (Sept. 12) 2021 MTV Video Music Awards at the last minute and now fans know why.

During an impromptu Q&A on Twitter, Nicki spoke with her Barbs about her absence at the MTV VMAs and why she won't be present at the Met Gala tonight (Sept. 13). The Queens, N.Y. rapper revealed that she contracted COVID-19 and amid the discussion, she shared her stance on the coronavirus vaccinations.

One fan tweeted to Nicki and said, "I TOLD THEM THAT THAT MAY BE WHY! I noticed that Nicki seems to be scared of covid and rightfully so. You ppl who want her to risk catching it just bcz you wanna see her dress up and interact with fake celebrities are weird."

To this, she replied, "Love u babe. I was prepping for vmas then i shot a video & guess who got COVID? Do u know what it is not to be able to kiss or hold your tiny baby for over a week? A baby who is only used to his mama? “get vaccinated” Drake had just told me he got covid w|THE VACCINE tho so chile."

Another user went on to offer Nicki some information on the coronavirus vaccine.

"Nicki the vaccine doesn’t prevent getting covid, it prevents you getting serious symptoms," the person typed. "Non vaccinated people are 11x more likely to pass away from covid than vaccinated." The "Whole Lotta Money (Remix)" rapper quickly responded and said, "Babe. That’s not true. I had the exact same symptoms as ppl with the damn vaccine."

She added: "They want you to get vaccinated for the Met. if I get vaccinated it won’t for the Met. It’ll be once I feel I’ve done enough research. I’m working on that now. In the meantime my loves, be safe. Wear the mask with 2 strings that grips your head & face. Not that loose one."

But the conversation didn't end there.

Nicki Minaj shared with her Twitter followers that a friend of her cousin apparently had adverse side effects from the vaccine. It's unclear which of the three available vaccines—Moderna, Pfizer or Johnson & Johnson–that the friend of Nicki's relative received.

"My cousin in Trinidad won’t get the vaccine cuz his friend got it & became impotent," she explained. "His testicles became swollen. His friend was weeks away from getting married, now the girl called off the wedding. So just pray on it & make sure you’re comfortable with ur decision, not bullied."

Another one of Nicki Minaj's fans came to her defense against those who labeled Nicki an anti-vaxxer because she expressed wanting to do more research on the vaccine before getting it.

"It doesn’t sound like she’s anti vax she just wants to do more research," the Twitter user stated. "I was the same way before I got it. I didn’t trust it but I did my research and then I got it. Blogs gonna drag this tho I can see it now."

Nicki then said, "Who cares what blogs gon do? Y’all always worried about blogs. This my real fkn life. They can choke."

Nicki later told a separate supporter than she'll likely get vaccinated as it'll probably be a requirement for her to work in countries outside of the United States and also go on tour.

"I had to get the vaccine cause they wouldn't let me look for a job or get a job and to earn some money and know im unsure about getting the second vaccine," the fan told Nicki.

She answered back and told them: "I know babe. A lot of countries won’t let ppl work w/o the vaccine. I’d def recommend they get the vaccine. They have to feed their families. I’m sure I’ll b vaccinated as well cuz I have to go on tour, etc."

Towards the end of the series of tweets, someone asked Nicki why she didn't share that she's going to get the vaccine much earlier in the conversation and the rhymer replied, "Cuz I say what I want when I want how I want puddin pop. Internet don’t scare me," including a kissy emoji.

Nicki Minaj also revealed that she'll be working on her forthcoming album instead of attending tonight's coveted Met Gala.

The multiplatinum-selling artist even presented a poll to her followers about the vaccine, allowing folks on Twitter to choose which vaccines they prefer between Pfizer, Moderna and Johnson & Johnson.

In any event, Nicki Minaj isn't the first rapper to be skeptical of the vaccine. Waka Flocka Flame opposes getting the vaccine, as does NLE Choppa and Offset. It's unclear if their positions on the vaccine have changed at this point.