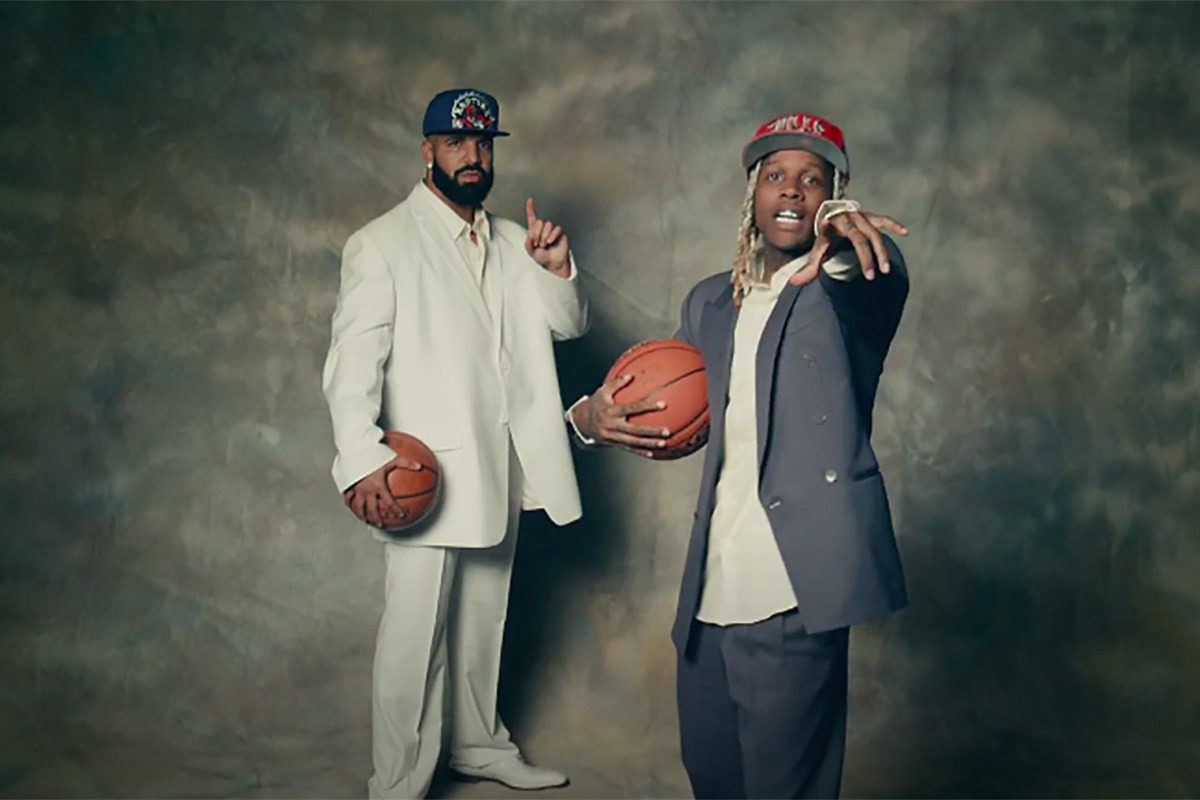 Drake and Lil Durk shook the room this morning when they dropped their new record "Laugh Now Cry Later." However, fans think Durk's verse contains a sneak diss at another rapper.

Around midnight on Friday (Aug. 14), Drizzy and Durkio delivered their surprise collab and social media users think the Chicago rapper is taking a jab at 6ix9ine. "I'm in the trenches, relax/Can you not play that lil' boy in the club? ’Cause we do not listen to rats," he raps on the track.

Durk's diss against Tekashi doesn't necessarily come as a surprise because back in June, 6ix9ine made comments on Instagram Live about the Only the Family artist. Shortly after going No. 1 on the Billboard Hot 100 with his record "Trollz" featuring Nicki Minaj, the Brooklyn rapper named several of his peers who have yet to accomplish that feat. Durk was among the bunch that Tekashi named.

On another note, some people are also suggesting that Drake threw a diss as well. A number of tweets are claiming that the Toronto rapper dropped a couple of subliminals at Kanye West while others think he was talking about Pusha T.

"Tired of beefin' you bums, you can't even pay me enough to react," the 6 God raps on one line. Two bars later, he says, "Please don't play that nigga songs in this party, I can't even listen to that."

While neither rapper has confirmed who they're taking aim at on the song, the record is buzzing and a pretty high topic of conversation on social media.