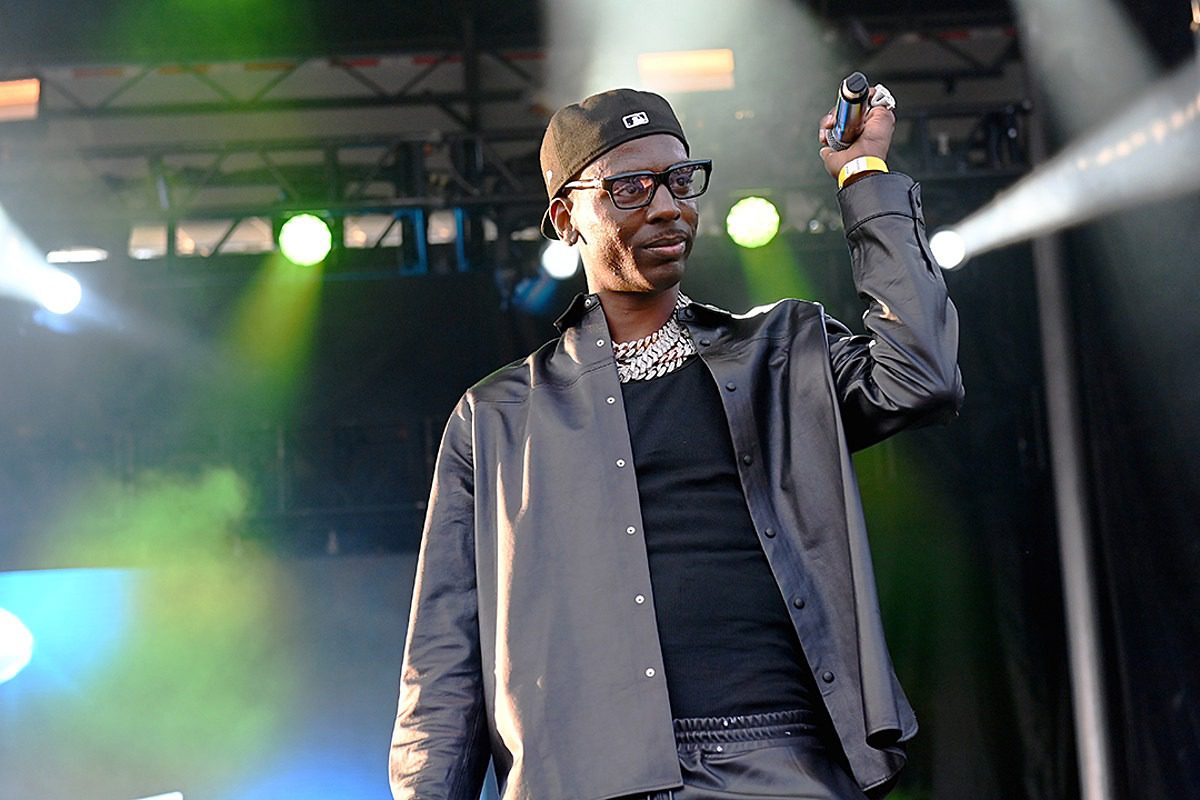 The Memphis Police Department are currently looking for a vehicle that was spotted at the scene of Young Dolph's murder.

In information shared on the MPD's official Facebook page on Thursday (Nov. 18), the law enforcement agency revealed that they have obtained video footage of two men, armed with guns, that are suspects in Dolph's killing. Photos of the men have been shared as well. The post also shows a white Mercedes Benz that was seen feet away from Dolph's camouflage-colored Corvette, which was sitting in parking lot outside of Makeda’s Butter Cookies in Memphis where he was shot and killed yesterday (Nov. 17).

"Investigators obtained video surveillance which shows two suspects exit a white two-door Mercedes Benz armed with guns," the post says. "The suspects approached the victim while he was inside the business and shot the victim several times. The suspects then fled the scene."

The MPD are seeking the public's help with obtaining information on Young Dolph's murder. A cash reward of an undisclosed amount is also being offered for any tips.

As of reporting time, no arrests have been made and the investigation is ongoing.

Jeni DiPrizio, Investigative Reporter for Memphis' Local 24 News and CW 30 News, also shared an image via Twitter this afternoon of the white Benz, stating that the police are searching for the vehicle.

"Memphis police put out a BOLO – "be on the lookout " for this car after the murder of Young Dolph," the tweet said. "It's a white Mercedes. We are waiting on updated pics from police."

As previously reported, the Paper Route Empire CEO was gunned down yesterday afternoon before 1 p.m. while purchasing cookies from Makeda’s Butter Cookies, which he supported often. He sustained multiple gunshot wounds and was pronounced dead at the scene. Dolph was 36 years old and is survived by a wife and two children.