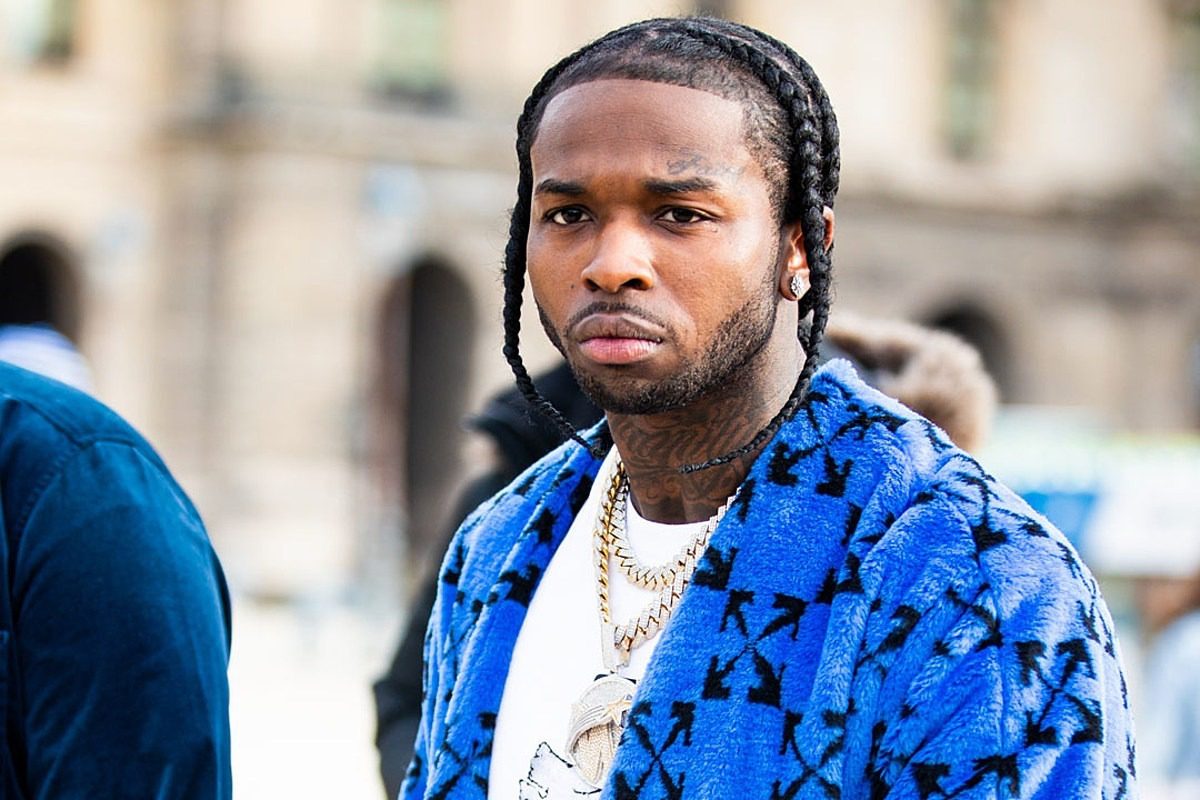 How Long Will They Mourn Me
Celebrating the career of the late Pop Smoke.
Editor’s Note: This story originally appeared in the Fall 2020 issue of XXL Magazine, on stands soon.

On the frigid, late Wednesday evening of Jan. 22, 2020, Pop Smoke came up to the XXL office in New York City to pitch himself for this year’s Freshman Class. During the meeting, we locked in the Brooklyn native as our very first pick. Pop, 20, was charming, he looked fly, exuded confidence and he seemed genuinely excited about being part of Freshman. We were equally enthused to have him. The baritone-voiced MC was a priority for us early on and we knew we needed him to be part of the class.

Just four Wednesdays later, on Feb. 19, Pop was tragically gunned down in Los Angeles. Hip-hop was devastated, especially his hometown. Many Big Apple music fans truly believed that Pop was going to bring the crown back to the city while also taking the budding Brooklyn drill scene to new heights.

XXL still wanted Pop to be part of the 2020 Freshman Class, even in death. His team decided against his inclusion. We respected their decision and didn’t feature him on the cover, but in our hearts, he still is part of this year’s class.

In honor of Pop Smoke, here is the short, previously unreleased interview he gave us that day talking about Brooklyn drill, the new New York movement and his place in it.

XXL: Why do you feel like the spotlight is back on New York hip-hop right now?

Pop Smoke: It’s different. I put it a way that people could understand it and have fun, too. Like, it relates to both worlds or parties.

I feel like it’s aggressive. It’s aggressive, but I, you know what, like, I really feel like, because remember New York beats before, like them 50 [Cent] beats and those Ja Rule beats, like, when it was all New York that was running the game, it was those drums, too. Like, it had a certain vibe to it, a distinctive vibe, you know what I’m saying? I feel like the beats that I use got a distinctive vibe in the same way. And I’m saying in my own way. There we go. Like, you got the same vibe, but in my own way.

What do you represent in the crop of rising New York rappers?

I represent… That’s a hard one. [Someone in the room says, “Brooklyn.”] I ain’t talking about some Brooklyn, man. I run the city, nigga.

Like is it individuality? You bring your own sense of style?

Nah, I fake created it. Like, I gave it, I gave it a face and a… I gave it an identity. The sound of music, because, of course, it’s been done before, but nobody did it like I did it, from where we from. I gave it that…grrrr.

It’s clear you’re a star and you’re continuing to rise. What is it about you that has added to that rise?

What do you think?

Who are some of the other New York artists that you’re excited about to come up?

Like, Fivio. Fivio Foreign ’cause he got his own tone of voice. The tone of his voice different, you know what I’m saying? He rap different even though it’s on the same type of beats. But he just, he has his own identity, too. If you know what I mean. He has his own little thing that he does with the “Aye, aye” and all that shit.

Why do you think it took so long for a new New York movement?

But to a drill beat, though, I ain’t talking about that. I’m really talking about some shit. But nobody was able to mix it to find that balance, which I feel like I gave it that. I don’t know how to say it. I created it. I found it so obviously, so, you see, I came with that, “Baby, welcome to the party, I’m off the molly, the Xan, the lean,” you know what I’m saying? “I’m a thot, get me lit.” See, I set the blueprint. Now, Fivio’s with the “Big drip, I fell in love with a lit bitch. Aye! Aye!/Crip shit,” you feel me? It’s like, more fun. So, if you hear his other shit, it’s more serious, block. It’s more drill-ish. He sees like, “Alright, let me find something more quotable. Let me find something more fun.”

It’s a different side to it. So, it’s different elements.

Yeah, man. That’s what you got to do if you’re going to meet the Woo. Come on and meet the Woo. If I just said, “Come meet the Woo,” it wouldn’t hit as hard. It’s ’cause I added that, “Baby girl.”

They thought you were talking to them on the record.

Exactly. So, it’s like, I knew what I was doing with that. Little shit like that. When I’m writing like, OK, make sure you trust that.

We finna take over. We finna take over everything. I ain’t gon’ lie, it’s about to go back to everybody want to come to New York. New York got the baddest females, you know what I’m saying? But New York finna go back to that spot where it’s like everybody, like, it’s like the Mecca. Everybody coming here instead of like right now, everybody’s going to Atlanta. Everybody want to do all the mumble and Auto-Tune and shit.

I could do Auto-Tune, but I don’t need no Auto-Tune. It’s really my voice. And them beats, those types of beats. Everybody is gonna start getting on them beats. Like how I get one of these beats. Watch. Them Atlanta niggas finna get on them jawns. Watch. All them Atlanta niggas going to start drilling. We on that type of time. And it’s going to hit harder because we’re gonna mix their sauce up with what they got. I’m excited for that shit. This shit is gonna be like the Mecca. New York. This is what New York sounds like.