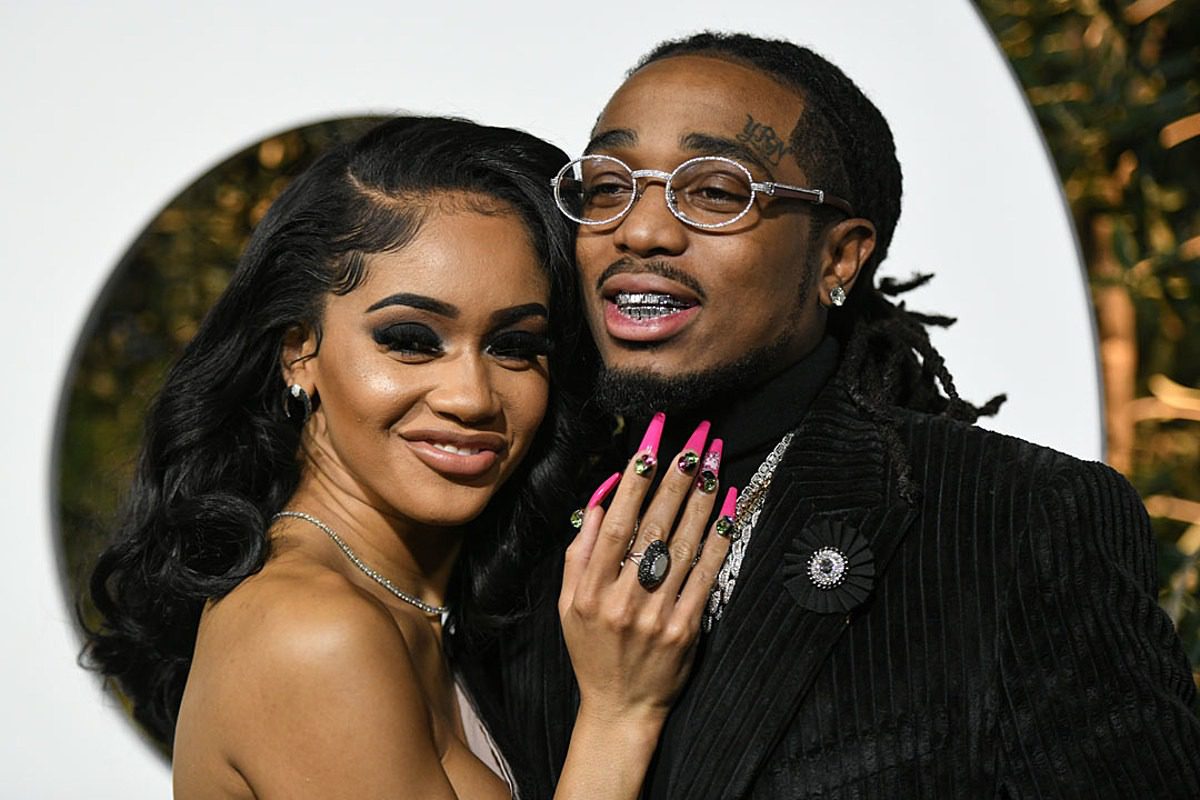 Following Saweetie revealing that she is no longer dating Quavo, the Migos rhymer has spoken out on the breakup, saying that the California-bred rhymer isn't the woman he thought she was.

Huncho tweeted this afternoon (March 19), "I know you want to make this into a show so I’ll play my part just this one time. I don’t normally put my business out there, especially my personal life. I feel the need to address this so there are no false narratives."

In a second tweet, he typed, "I had love for you and disappointed you did all that. You are not the woman I thought you were. I wish you nothing but the best 🙏🏾."

Earlier today, Saweetie went on Twitter and confirmed that she and the Atlanta rapper are no longer together while also offering an explanation for the split. She wrote, "I’m single. I’ve endured too much betrayal and hurt behind the scenes for a false narrative to be circulating that degrades my character. Presents don’t band aid scars and the love isn’t real when the intimacy is given to other women."

She then said: "I emotionally checked out a long time ago and have walked away with a deep sense of peace and freedom. Excited for this new chapter of elevation 🙏🏽."

Quavo and Saweetie offering fans confirmation of their separation comes after screenshots began circulating online that they are no longer following each other on Instagram.

Reports first surfaced online that Saweetie and Quavo were dating back in September of 2018. It wasn't confirmed for some time, but the "Back to the Streets" rhymer appearing in the Quality Control Music artist's video for "Workin' Me" fueled speculation that a romance was brewing. Then, they were spotted together at New York Fashion Week.