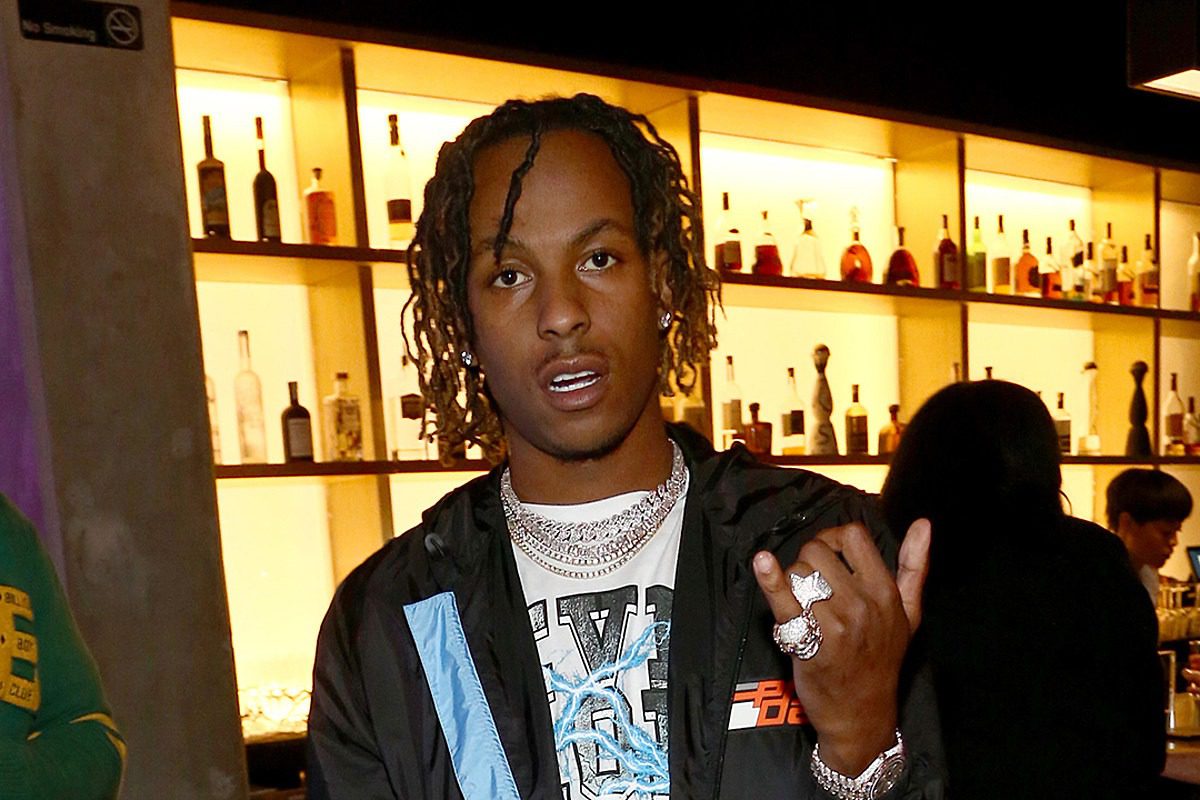 Rich The Kid has been arrested at LAX airport.

According to a report from TMZ on Monday (March 15), Rich, born Dimitri Roger, was taken into custody at Los Angeles International Airport after getting caught with a firearm in his carry-on luggage while going through security. The incident took place at around 1 p.m. PT/4 p.m. ET.

As of reporting time, it's unclear if Rich The Kid has been officially booked and processed.

This isn't the first incident Rich has had at an airport in recent months. Last December, the Lucky 7 rapper was removed from a flight for smelling like marijuana and looking intoxicated. A decent portion of the scene was captured on video.

During the intense conversation between Rich The Kid and the airport staff, the 28-year-old rhymer, who decided to hop on Instagram Live amid the dispute, is seen being directed back into the airport with the rest of his team.

He also accused an employee of discrimination after she told Rich to exit. "You on live now. Since you want to racially discriminate me," Rich said. He added: "She trying to tell me I smell like marijuana. I don't even smoke marijuana, woman. I don't smoke."

Rich The Kid went on to attempt to use his fame to get himself off the hook. He continued: "The world gonna know. Your son, if you have kids, he probably know me. Since you wanna play, you don't know who I am?."

The Atlanta-based artist, who was worried about missing his flight, was told by authorities that the aircraft wasn't leaving.

Shortly after, a woman who looked like she was leading the group of employees who removed Rich and his team from the flight, alleged that the rapper could have been inebriated and claimed to have seen him stumble. It's unclear if Rich ever made the flight.

XXL has reached out to a rep for Rich The Kid and the police at LAX airport for a comment on this matter.

See video footage from Rich The Kid's airport arrest below.