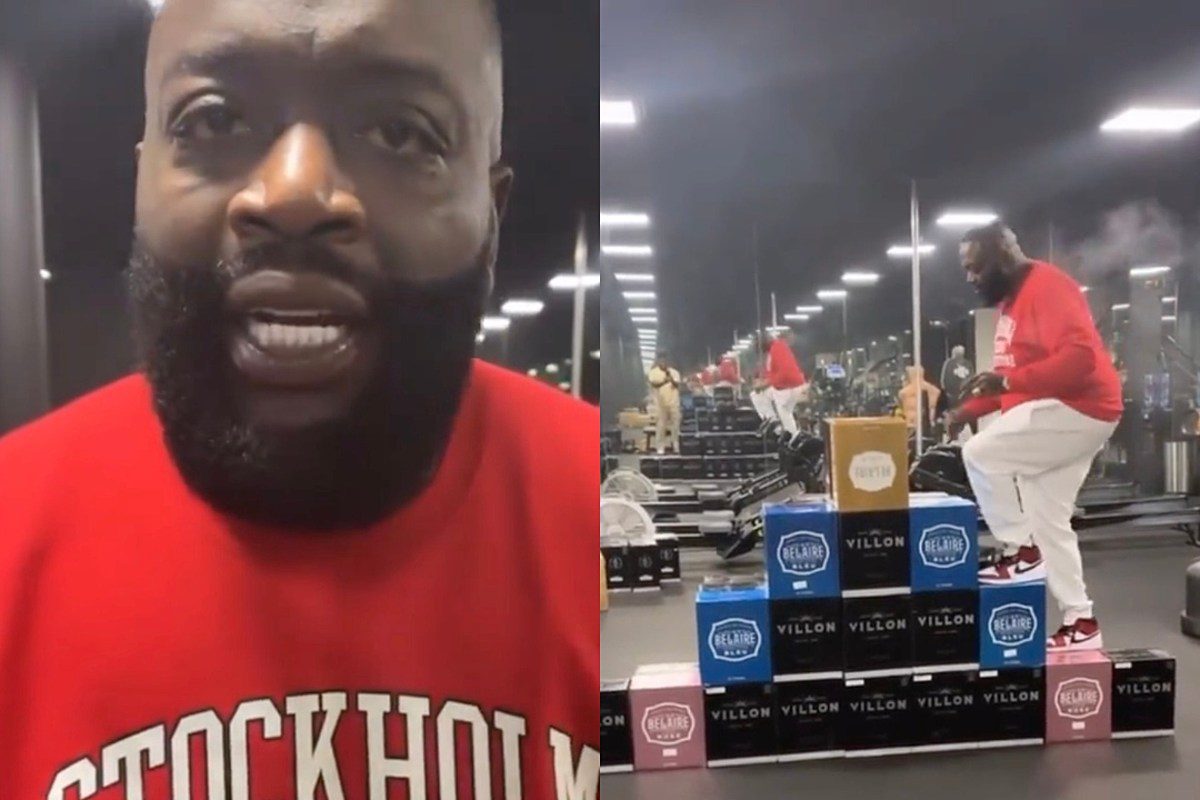 Rick Ross is the latest rapper to participate in the viral crate challenge. However, he stepped things up a notch—both literally and figuratively—and added some boss-like elements to his version of the challenge.

Earlier today (Aug. 25), Rozay share a video of himself climbing atop a gradual stack of boxes of Luc Belaire champagne, a company the rapper is an ambassador for. In the clip, Ross said, "It's the biggest boss in the game, Ricky Rozay. I been called out. This the Luc Belaire case challenge. Let's go." You can watch the video at the bottom of this post.

The premise of the crate challenge, which is currently dominating social media, is to walk up a series of stacked milk crates that ascend and descend on opposite sides without falling. Many have attempted, but very few have been successful.

Rick Ross isn't the first rapper to take a stab at the challenge. 2021 XXL Freshman DDG shared footage of himself cautiously walking up a stair-like stack of milk crates and completed the entire challenge without falling and injuring himself.

Blueface also did the challenge in what appears to be the backyard of his home as seen in a video he shared via Twitter on Tuesday (Aug. 24). And in celebration of his feat, the Los Angeles-bred rapped did a backflip off of a ledge in his yard.

Vic Mensa and singer YK Osiris have joined in on the perilous fun as well. Vic easily conquered the challenge wearing dark sunglasses with what looked like a bottle of white liquor in his hand. Meanwhile, Osiris wasn't so lucky and came crashing down when he attempted to complete the challenge.

Check out Vic Mensa and YK Osiris doing the crate challenge below.