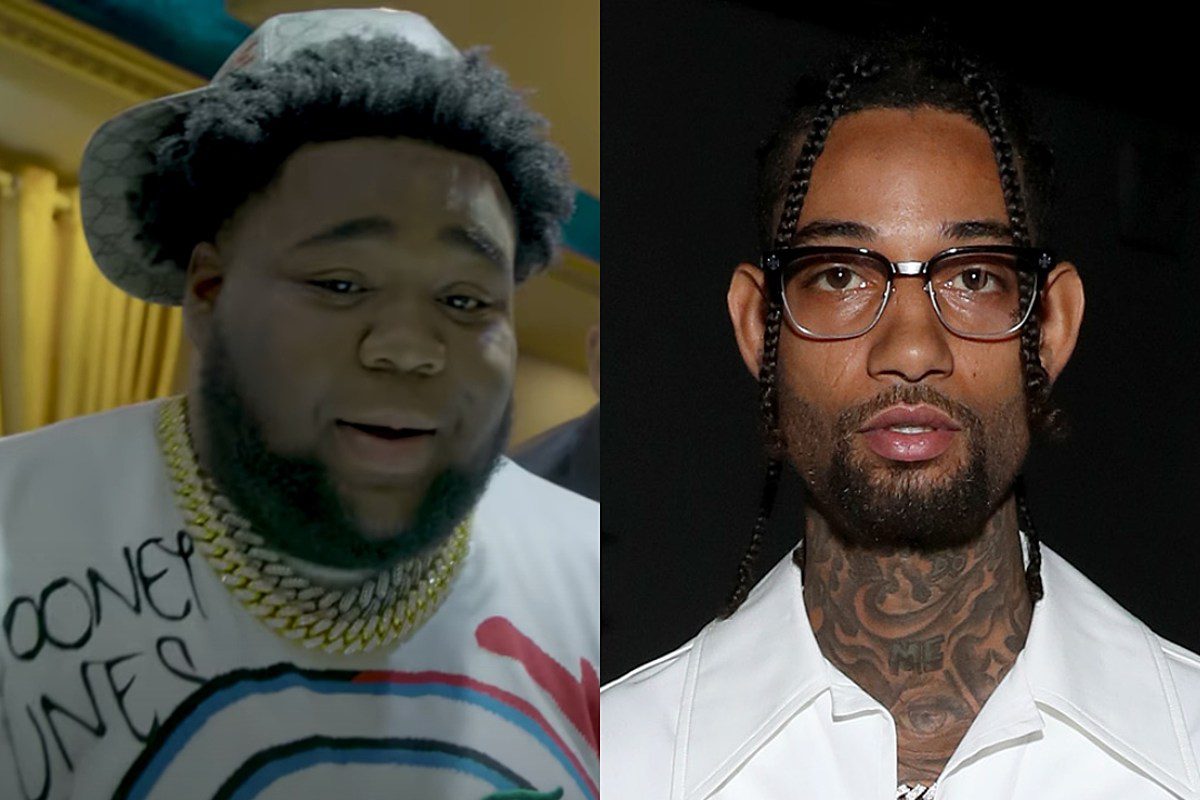 Rod Wave isn't letting up on PnB Rock after the latter made comments about younger rappers making "depressing" music recently.

During an Instagram Live session this afternoon (Aug. 18), Rod claimed that after PnB shared his post on IG yesterday (Aug. 17), people began tagging him saying "it's pressure." However, the 2020 XXL Freshman made it clear that he isn't backing down and went on to warn the Philadelphia rapper about attempting to visit his home state of Florida.

"Put an address on that shit ’cause I feel like you talkin ’bout me, nigga," Rod Wave said. "We ain't sneak dissin’. If I feel a certain kind of way, nigga, we gon’ address it. Nigga, so put an address on that shit. Now you wanna talk ’bout it's pressure? Man, let me tell you something, man. I know you rap niggas love to come to Florida, nigga, From Pensacola, nigga, to Miami, nigga. A nigga will make this shit rough for you, nigga. A nigga will make this shit real rough for one of you niggas, bro. You trippin’, bro. You gon’ have to get with one of the opps or another rap nigga, you feel me? Or the police and then you gon’ have to pay $50,000, $60,000 in security every time you come, nigga."

Rod then said that he would have an eye out for PnB Rock if he were to visit any part of Florida. "I don't give a fuck where you at, nigga," he continues. "From Pensacola to the top to the bottom, bitch. Nigga gon’ hear about that. I'll give a nigga $10,000 on Cash App if they see you anywhere in Florida. In the mall, nigga. Them pussy-ass rental cars you riding ’round. You like to come and get on jet skis and shit. Nigga, stop playing. You better get on this bitch and act like you got some sense, nigga. Talkin ’bout it's pressure. Nigga, I'm from Florida. Do you know what pressure mean? Do you know what that mean?"

The St. Petersburg, Fla. rapper adds that he and PnB Rock can potentially hash things out without resorting to violence. "I don't never got to come to Philly or wherever you from, but you niggas love Florida, boy," Rod says. "You gotta be mindful what you get on this internet and say. Now, if you niggas wanna duke it out or talk it out or whatever, but all that pressure, and beef, and it's smoke and all that, nigga, that means shit where I'm from."

Rod Wave's IG Live stems from PnB posting on his Instagram Story on Monday, saying that newer artists have been releasing music that makes him "wanna go kill" himself. "All these lil niggas albums n tapes be sad asf lil like all these lil mfs depressed smh I can't listen to this shit make me wanna go kill myself listenin to Dese sad ass Lil boys lol," PnB wrote in the first of three IG Story posts.

Hopefully, the two rappers can mend fences without things getting physical.