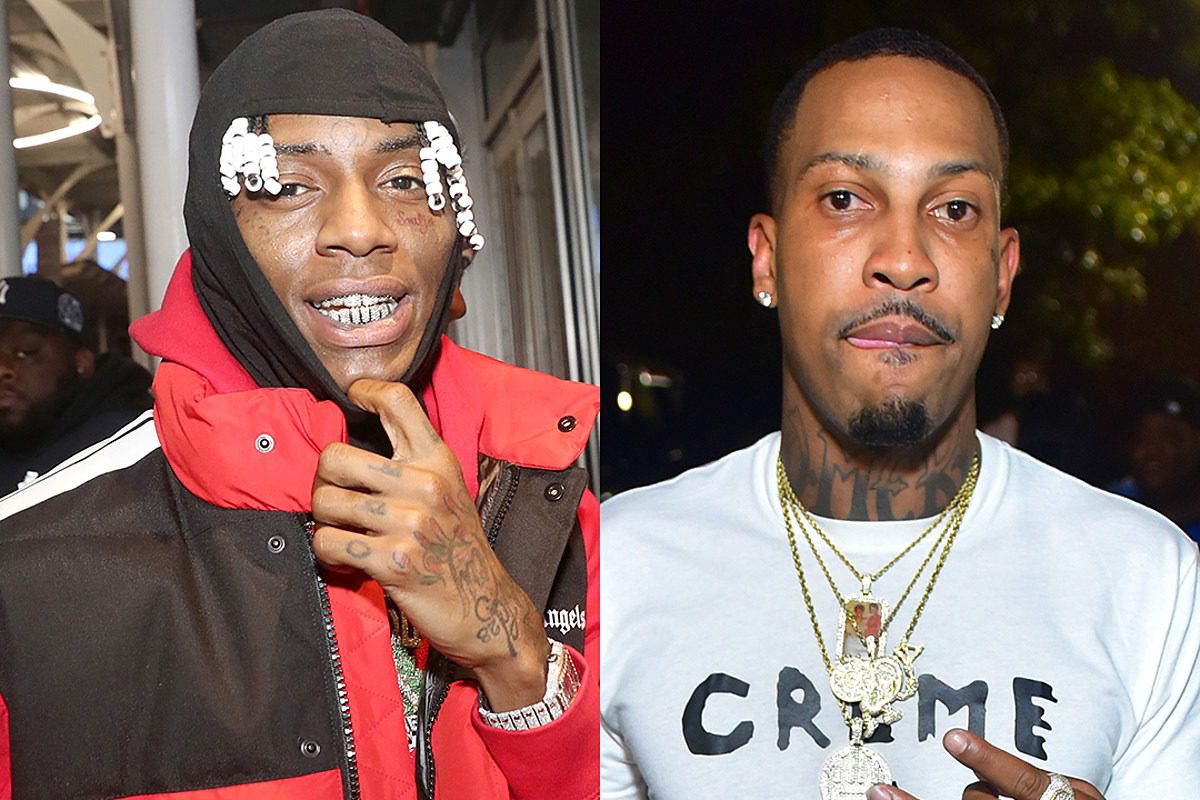 Trouble appears to be the latest rapper Soulja Boy has engaged in a feud with. The Atlanta rapper called out Big Draco for releasing a song following the tragic death of Young Dolph, whom Soulja exchanged words with last week.

Early Thursday morning (Nov. 18), after news was confirmed of Dolph's passing, Trouble tweeted, "I like da lil silly shit soulja Be doin time to time, its entertainment, I get it. Dont Be no puss azz nigga an drop no song kalled “stretch sump” da next dayy as if u got active in my dawg losin his life dou! 😒 Das ho shit luh Bruh @souljaboy an u kno wuzzam wit me."

Soulja caught wind of the Thug Love rapper's remarks and replied in a now-deleted tweet, "That song been out but what u wanna do nigga? U sound touch as hell on the internet fuck u talking about nigga."

Soulja then fired off another tweet at Trouble, which read, "Bitch ass boy you could be next @TroubleDTE."

Soulja Boy also clarified under a post on The Shade Room that his song has already been out, but became available—presumably on streaming platforms—yesterday.

Soulja and the late Dolph's beef appeared to have been ignited by a post the Rich Slave rapper rhymer uploaded on his Instagram Story on Nov. 10.

"How da fuck im a independent artist and gettin 100rax plus for a show," Dolph typed. "How da fuck @keyglock got more cars & ice than you & your ceo?"

Big Soulja caught Young Dolph's post on an IG blog and replied, "That's big cap. They signed to @empire I'm really 100% Independent no cap." It can be presumed that someone from Dolph's camp saw Soulja Boy's comment and reached out to him via DM.

Afterwards, Soulja went on IG and fired off insults towards Dolph, saying, "Man, Young Dolph, if you don't get your bitch ass artist out my muthafuckin' DM, nigga. Fuck you talkin' ’bout, nigga? Nigga thought he was bulletproof ’til he got shot like Dolph, nigga. Fuck you talkin' ’bout, nigga? Ain't you the nigga getting shot at 100 times? Ain't you the nigga getting popped and shot at all the time? Y'all bitch ass niggas better get out of my DM. Fuck Paper Route. Fuck Key Glock. Fuck Young Dolph. Fuck all y'all niggas."

In Soulja's rant, he's referring to Young Dolph's SUV being shot at 100 times in 2017 while in Charlotte, N.C. for CIAA Weekend and when Dolph sustained non-life-threatening injuries during a shooting incident in Los Angeles that same year.

Young Dolph was shot and killed in his hometown of Memphis on Nov. 17. He was 36 years old.

As the investigation continues into the beloved rapper's death, reports have emerged that the Memphis Police Department are looking for two male suspects in the rapper's murder. Photos of these two individuals have surfaced online as well.