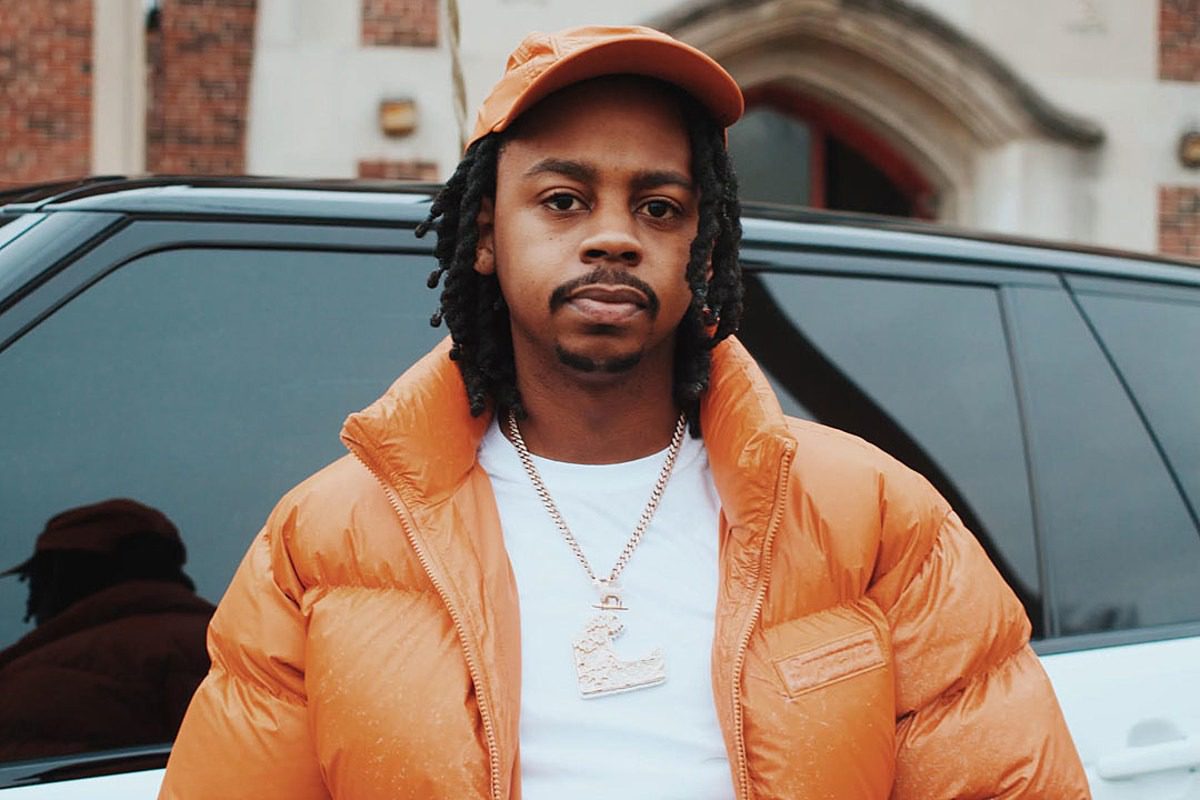 A good thing takes time, and 30-year-old Detroit rapper Babyface Ray knows this all too well. He's been making music for over a decade, coming up in high school with local rap crew TeamEastSide, most well-known for rapper Peezy, who was recently freed from prison. Ray, who's from the East Side of Detroit, didn't realize music could really take him places until he was about 23, after he got paid to rap. The career path is proving fruitful, becoming his creative outlet and livelihood. Now, after putting in over 10 years in the game, he's finally getting recognition outside of his city.

Babyface Ray's style is laidback but full of frank wisdom; it never feels like he's trying too hard, and he serves up the truth about life in the street and making money in his lyrics. Since 2014, he's dropped 12 projects, whether solo or joint efforts. The last two to three years have seen Ray's stock going up. From getting a cosign from Future, who tweeted, "BABY FACE RAY 😤 #Detroit," on Feb. 13 of this year, to his songs like "Paperwork Party" in 2020—his highest streaming song on Spotify with over 1 million streams—and older tracks like 2018's "Ashanti" and "My Thoughts Part II"—the latter of which has over 13 million views on YouTube—continuing to gain traction, Ray is on an upward trajectory. "Cuz told me stop rappin', but the rappin' work/He was tryna put me on game, how the vacuum work (I get it)/I don't wanna party (Uh-uh)/That paper forever on my mind, I'm retarded (Forever)," he raps on the Trapboy3k-produced "Paperwork Party."

With the recent release of his EP Unfuckwitable, via Empire, last month, Babyface Ray is taking his first steps towards the mainstream. Tap in with the Wavy Gang leader as he chops it up with XXL for this week's edition of The Break.

I grew up listening to: "A little bit of everybody; I really can't pinpoint it. It depends on what time of my life I was going through, different modes and shit. I'd play different people. I remember listening to Jay-Z, Nas and shit and I caught myself. Found fuckin' André 3000, The Love Below CD, too. So, it depends on what I was feeling at the time."

My style’s been compared to: " I think that they compare me to a bit of everybody. I switched my style up."

What’s your most slept-on song, and why?: "I got so many of them. I got 2 million songs that I felt like they slept on. But people are just getting wind, so I ain't really mad at that. I thought it was people wasn't fucking with me, but it was like, people just didn't know."

My standout records to date have been: "So far, 'Paperwork Party', 'Number One Fan.' And I just recently released something with Moneybagg Yo ['If You Know You Know'], that's major… ’Cause it's like, coming off the year that he had, he doing what he doing, for me to even just be featured on a track with him that's major. I don't give a fuck what nobody says, like this big in my eyes. I did that shit when I had COVID, like they really diagnosed me with COVID and I did that shit. So, I couldn't leave the house."

My standout moments to date have been: "I got a couple of cats that do music, along the lines with me, that is starting to get noticed and appreciated. So, when they be getting their shine on and shit, I always soaked those moments in, ’cause I remember the beginning stages with them and getting them going and shit… So, they're the best moments for me to see them doing big shit and know that I helped them towards the shit that they got going on."

Most people don’t know: "I'm really cheap. From my music, they probably think I'm a drug addict. Wildin' out, but I be chilling, for real.

I’m going to be the next: "Biggest thing in my city."

"If You Know You Know" featuring Moneybagg Yo