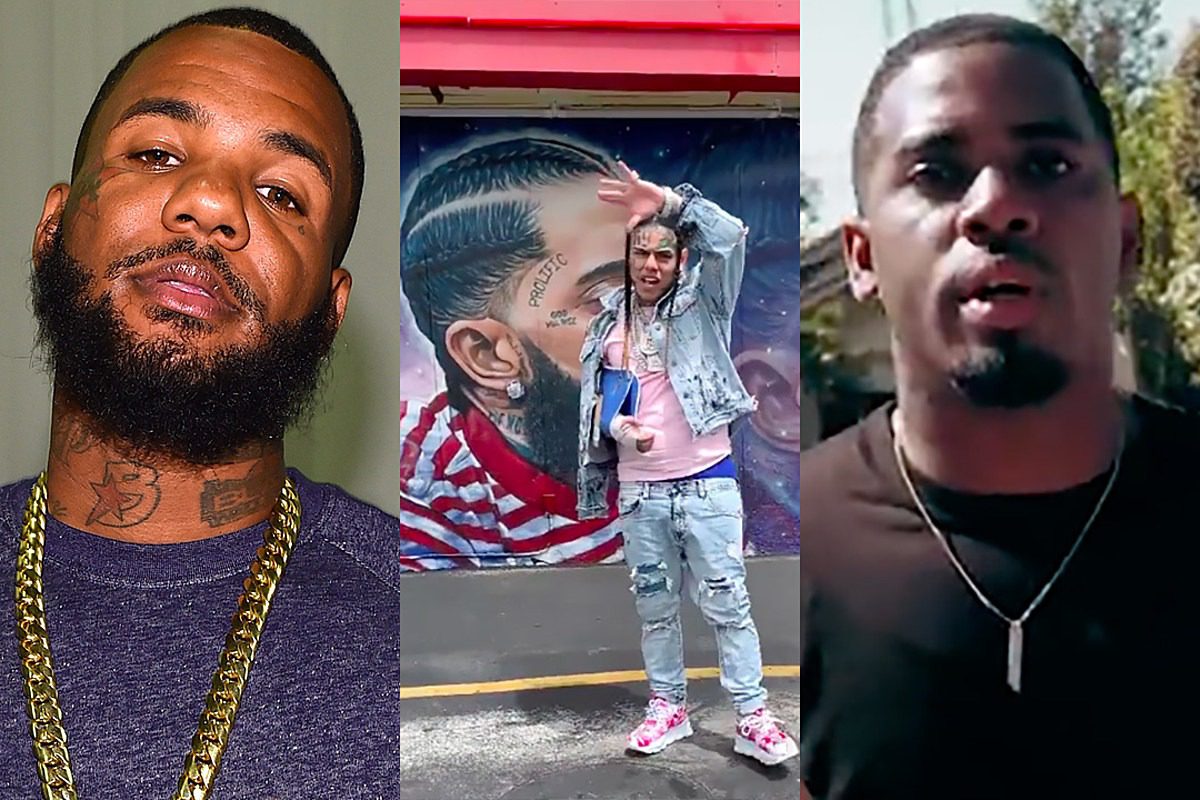 After facing backlash from Nipsey Hussle fans following a visit to the rapper's mural for what is now believed to be a disrespectful "tribute," rap friends of Nipsey have issued an official warning to 6ix9ine.

On Friday (Aug. 14), hours after 6ix9ine shared a video via Instagram where he is seen waving and kneeling in front of a Nipsey Hussle's mural, The Game and TDE's Reason have warned the "Gooba" rapper about his most recent shenanigans.

The "Kurupt" rapper chimed in via social media, setting the record straight about how the video of 6ix9ine's visit to the artwork, which he claims was meant to pay homage to the beloved rhymer, actually went down.

"Aye bro, it's a video already out, you were there for 60 seconds for this and got escorted by police back to the car," Reason wrote. "Troll all you want, but leave our legend out of it."

The concerns expressed by the two California-bred rappers come after 6ix9ine posted the video in front of Nipsey Hussle's mural, in which he says he's paying homage. In the caption of the post, Tekashi suggested that Nipsey is watching over him.

"REST IN PEACE NISPEY! I KNOW YOU LOOKING DOWN ON ME IM OUT HERE IN THE HOOD PAYING MY RESPECT 🌈🌈🌈🌈🌈🌈🌈🌈🌈 P.S THE STORE WAS CLOSED BUT THEY PAINTED THIS ON THE SAME BLOCK," 6ix9ine captioned the post.

It's possible that if 6ix9ine were not the star of the clip, the video's motives would probably not be in question. However, given his history with trolling and Nipsey's views on snitching and abiding by the street's code, the widespread speculation regarding 6ix9ine's motive has caused much uproar. The 24-year-old Brooklyn native was met with a lot of pushback and sharing the video footage of his visit to the mural. Many people on social media even threatened 6ix9ine and suggested these actions could result in his death.

6ix9ine has yet to comment on claims that his trip to see Nipsey Hussle's mural was disingenuous.