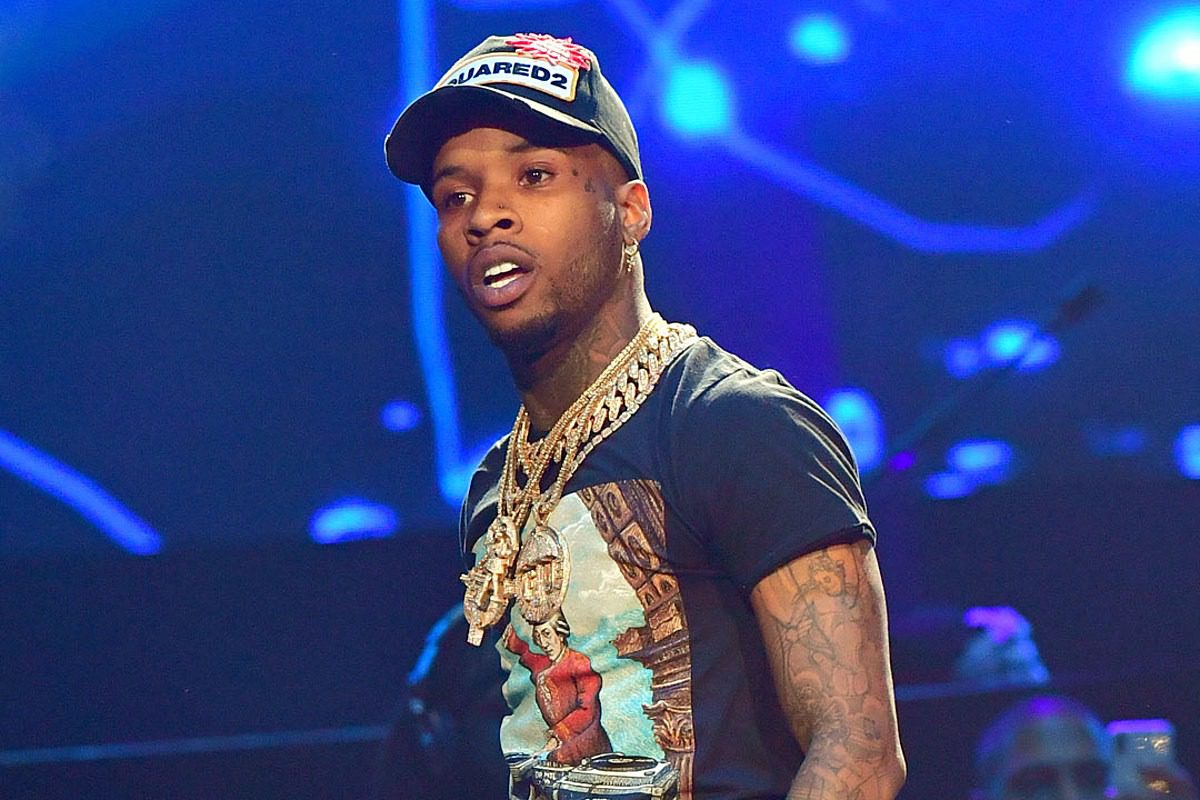 Tory Lanez hasn't been sent back to his hometown of Toronto, Canada following the shooting incident involving Megan Thee Stallion just before he was arrested last month.

After a video surfaced via Instagram this afternoon (Aug. 4), which shows Tory in what appears to be a McDonalds, a rep for the 28-year-old artist told XXL that he hasn't been deported, despite reports claiming otherwise. "Tory has not been deported and is self-quarantining with his family in Florida," the statement says. "This is a perfect example of false information being spread regarding this case, his whereabouts and his character."

An Instagram post from TheNeighborhoodTalk2 echos the aforementioned statement about the IG video being misleading regarding Tory's whereabouts. In their post, a source close to Tory also supposedly mentioned the recent shooting incident involving Megan. The source told the blog that he "looks forward to having the truth come to light about that night and wishes nothing but the best for Meg."

Tory Lanez's team debunking reports of his deportation comes weeks after he supposedly got into an argument with Megan Thee Stallion while they were riding in a chauffeur-driven SUV. Thereafter, Lanez was arrested for carrying a concealed weapon in a vehicle. Megan then revealed that she was a victim of several gunshot wounds while in the car with the Chixtape artist. However, there has yet to be any confirmation that Tory is responsible for Megan's injuries.

Many details have surfaced online following the incident, including Megan revealing that not only did she sustain gunshot wounds, but the act itself was done intentionally in an effort to harm her. An assault with a deadly weapon investigation has since been launched by the Hollywood detectives from the Los Angeles Police Department. Tory is not currently considered a suspect.

Megan Thee Stallion has spoken out on the shooting on several occasions, but has not name-dropped or offered specific details as to what actually happened. What has been confirmed up to this point is that she was in the SUV with Tory and an unidentified woman—assumed to be her best friend Kelsey Nicole, who has spoken out as well—and that she had to have surgery to remove the bullets from her feet after the incident took place.

On another note, three weeks ago, a petition was launched to have Tory deported back to Toronto. "Deport Tory Lanez (Daystar Peterson) back to Canada and ban him from coming to America FOREVER," the creator of the petition wrote. "This little 5’3 man with a big ego has contributed nothing to the American Economy, and promotes violence and violence against women. Furthermore, he should be banned from the United States FOREVER for intentionally trying to harm Megan the Stallion. SEND HIM BACK TO CANADA ASAP!."

The petition, which is addressed to the Department of Homeland Security, initially had a goal of 15,000 signatures. The goal has now been increased to 25,000 signatures.