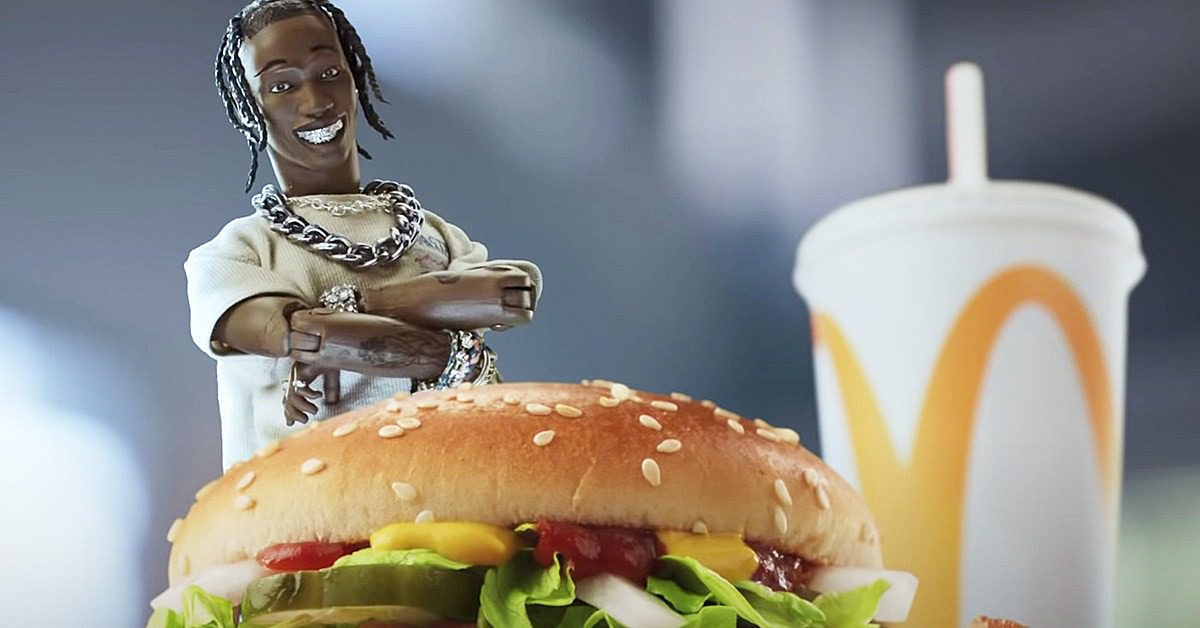 Travis Scott has outdone himself and extended his merchandise collection with McDonald's. See all the new items below.

On Thursday night (Sept. 10), La Flame unleashed a second capsule with the fast food franchise, consisting of over 30 new items. Among the pieces are a series of short sleeved and long sleeved shirts, crewnecks, hoodies, slippers hats and keychains. The collection ranges from $48 to $110. There are also items with the slogan "Live From Utopia," which could be in connection to his forthcoming album that he's seemingly teased using that particular line in the past.

Just three days ago, Travis dropped the initial McDonald's merch, which is now completely sold out on the official website. This release consisted of novelty items and clothing. The collection included a Travis Scott life-size action figure—pretty much identical to the one in his Rodeo album artwork—a body pillow in the shape of a chicken McNugget, a number of Cactus Jack McDonald's shirts, rugs and more. Those items ranged from $25 to $300 and are currently being sold on eBay for as much as $475.

As previously mentioned, Travis' collaboration with Mickey D's includes a few of his very own menu items as well. There's a Quarter Pounder with Cheese, three pieces of Applewood bacon, lettuce, ketchup and mustard; a medium fries with BBQ Sauce to dip and a Sprite to cap it all off. The new combo is $6 and is expected to be available at McDonald's from Sept. 8 to Oct. 4. In a promotional commercial for the Travis Scott meal, the Astroworld rapper tells those planning to purchase his meal bundle to say that Cactus Jack, his music collective, sent them.