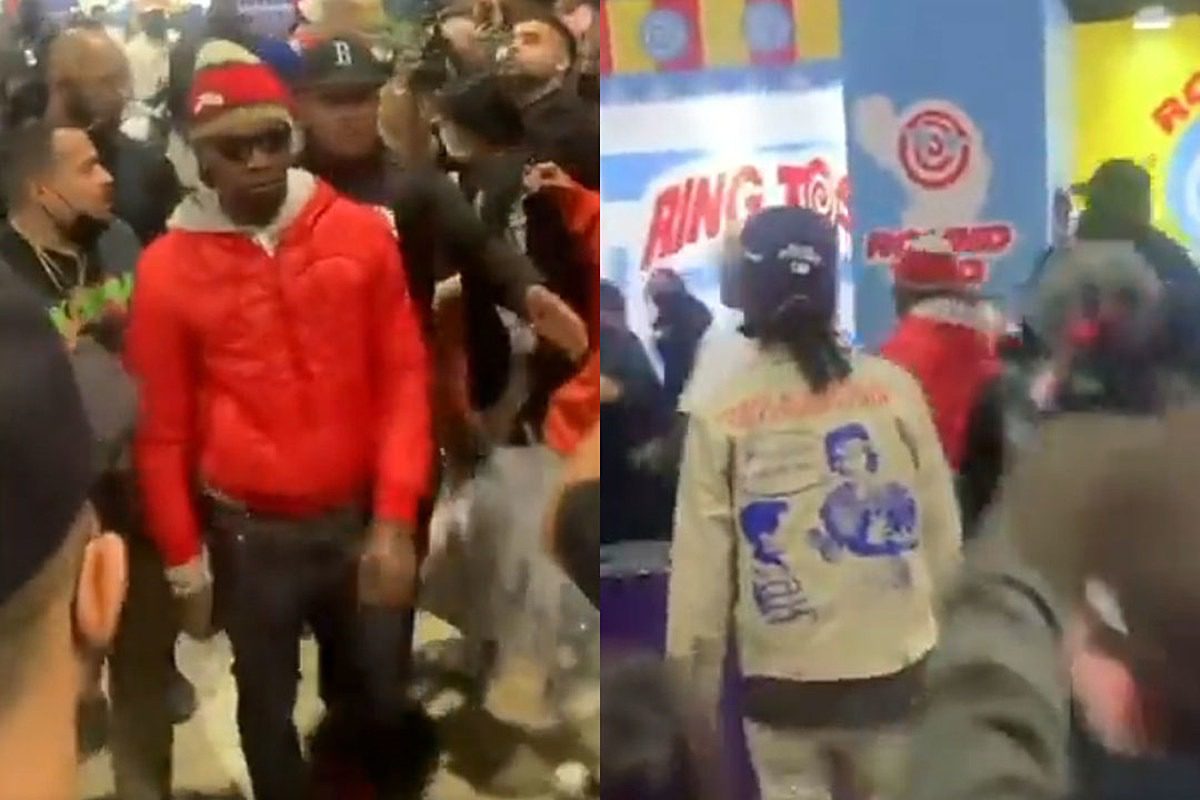 Offset and his crew were involved in a scuffle at ComplexCon over the weekend.

Yesterday (Nov. 7), Offset attended Complex Network's two-day convention in Long Beach, Calif. Video has surfaced online of the rapper and what appears to be his entourage getting into a physical altercation with another party.

The skirmish begins in front of a booth and then gravitates down a walkway inside the event's building. Offset can be seen wearing a red jacket and red hat, following the movement of the situation.

As quickly as it begins, however, the dust settles and Offset calmly makes his way out of the tussle. It is unclear who the opposing party in the altercation was or what escalated the situation in the first place. You can watch video of the altercation at the bottom of this post.

Most recently, Offset and wife Cardi B welcomed the birth of their second child. The announcement that the couple became parents to two children was made public via Cardi's Instagram on Sept. 6. Offset also shared news of the birth on his Instagram page. He wrote as the caption for a photo of himself holding the baby, "Chapter 5," signifying his fifth child overall. The couple's other child is their 3-year-old daughter, Kulture, who was born in 2018.

Earlier this year, Offset and the Migos released the highly anticipated third installment of their Culture album series. The LP debuted at No. 2 on the Billboard 200, selling 130,000 total units.

ComplexCon is an annual convention event that features brands, art, music, food, discussions and more. A$AP Rocky, Lil Yachty and more appeared alongside Offset at the event this year.

Watch Offset involved in the physical altercation at the event below.