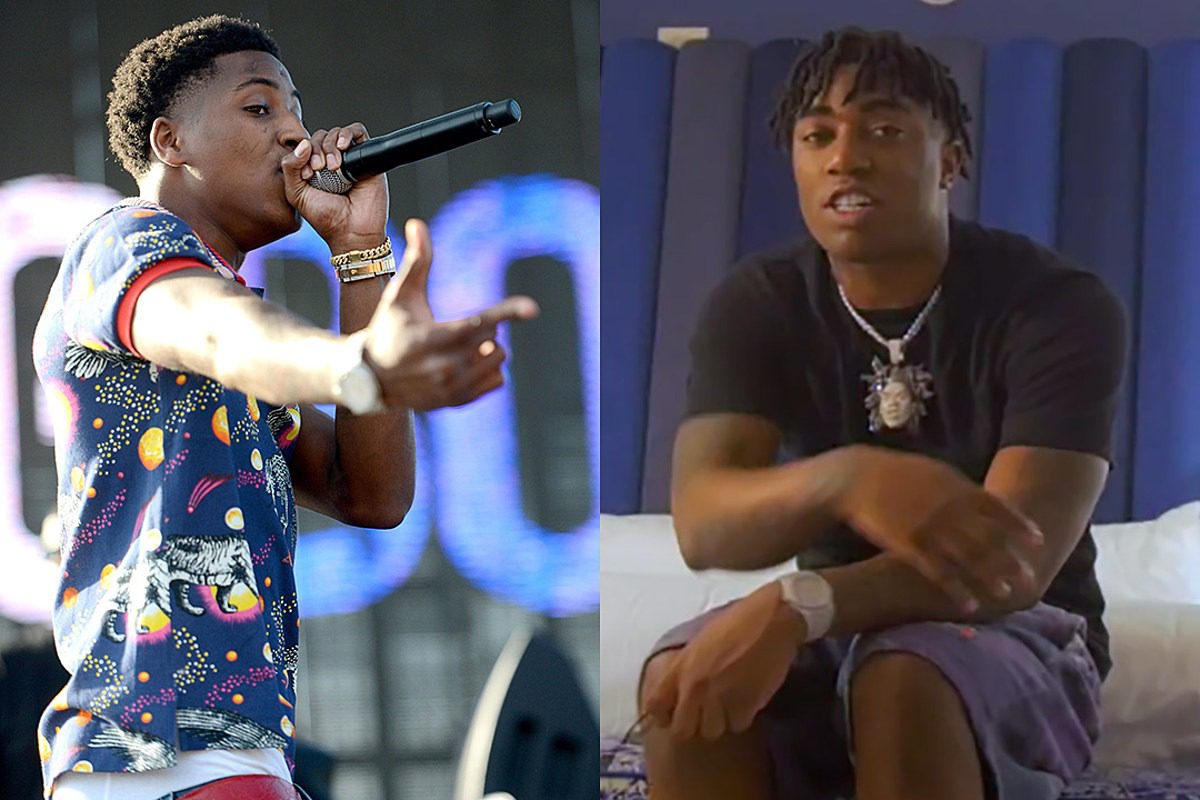 YoungBoy Never Broke Again and Fredo Bang are going at it via social media and the disses are pretty tense.

On Thursday afternoon (Aug. 20), Fredo shared via his Instagram Story that his upcoming album, In the Name of Gee, is dropping on the same day as NBA YoungBoy's Top LP. Earlier today, YoungBoy revealed that his album will arrive on Sept. 11.

"Guess Me & My Son Dropping Together 😂😂," Fredo wrote on IG. The fellow Baton Rouge, La. native wasn't feeling the post, though. NBA hopped on IG and unleashed some potent jabs after Fredo referred to YoungBoy as his "son."

"Aye aye, you a bum, you bitch-ass nigga," YoungBoy said in an IG Story post. "Go dig all three of your brothers up with yo scary ass. You a bitch. Stop running from me. I ain't even in no competition with you. Stop writing me, you a ho. Bitch-ass nigga. You ain't no killer. Wanna be like me. You write me all day. You a ho. I can double back. I can fuck any bitch and you then gon’ try to double back and fuck the bitch. I can fuck ya mama, you gon’ try to fuck ya mama. You a bitch. You a pure bitch."

Fredo Bang quickly caught wind of NBA's response and took a calmer approach to the situation.

"Man, somebody go help lil brudda out, bruh," Fredo replied in a video on his IG story. "He angry, dawg. He angry. Talkin’ ’bout dead patnas and shit. It ain't like I'm on this bitch talkin’ ’bout Fat Boy and that extra, extra large coffin he got. Ya heard me? Or Professor X…how y'all gotta push his half dead ass around. I'm not on this bitch talkin’ ’bout that. All I said was I'll sell more albums than yo ass. You drop every fuckin’ time I drop. Then he mad… about a bitch? It ain't my fault all yo bitches be in my DM. We shared two hoes, now all of a sudden I'm just fuckin’ everything you fuckin’. Stop playin’ man."

Fredo then apologized for referring to the two women he claims he and NBA both had relations with as "hoes." "Aye, and I meant Black women," he added. "I ain't mean to say two hoes. I respect them and I got mad love for them."

YoungBoy Never Broke Again hasn't offered a rebuttal yet. Either way, both albums are expected to drop on Sept. 11.