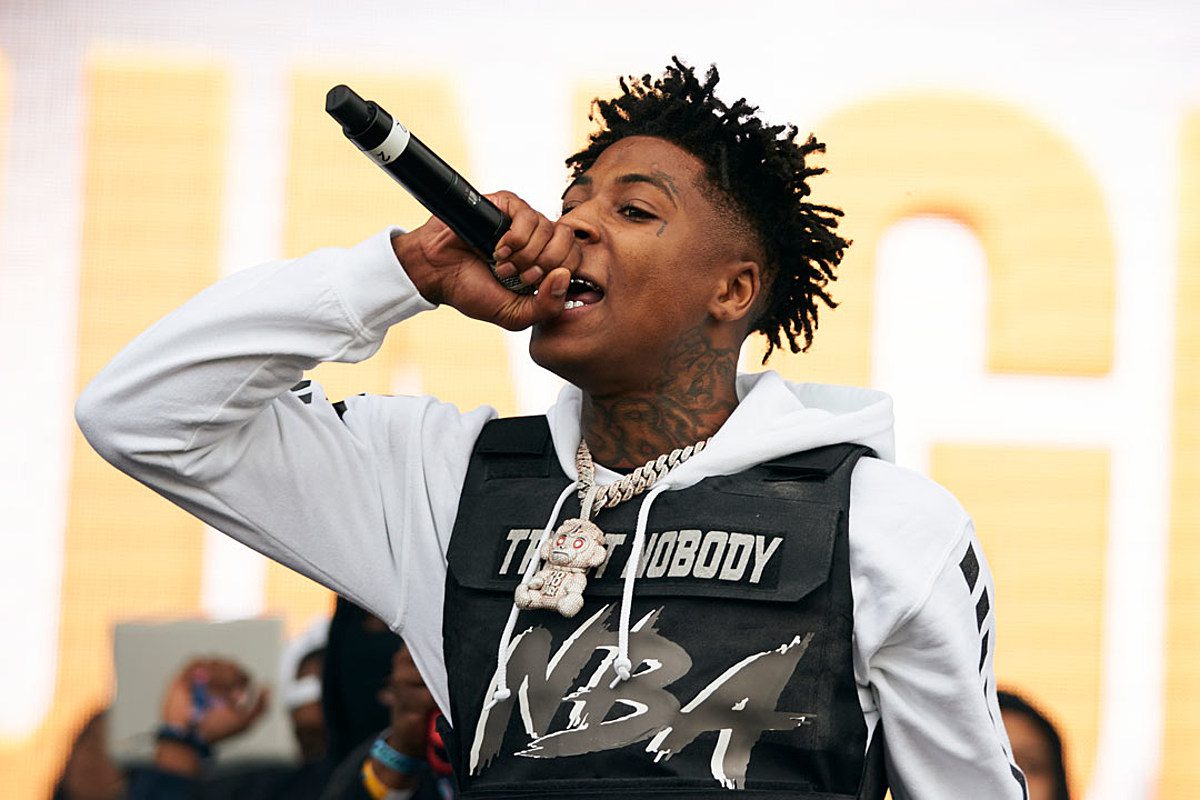 Last night (Sept. 28), the Louisiana rapper announced the latest addition to his family via his YouTube channel, where YB often communicates with fans. The photo shows the 22-year-old rapper holding and feeding a newborn baby who is swaddled in a towel.

"We got left today for a little but it’s cool," YoungBoy captioned the photo, seemingly implying he was left home alone to care for the child for a while.

YoungBoy Never Broke Again confirmed his ninth child was on the way earlier this month. Sharing a series of photos on social media, one of the pics featured a woman with a huge diamond ring on and cupping her baby bump. "Dangerous Love," he captioned the photo.

The mother of the baby is presumed to be his girlfriend, Jazlyn Mychelle. YoungBoy has fathered eight other children (Kentrell, Kayden, Kacey, Kodi, Kamiri, Amarni, Taylin and Alice) with seven women. One of those women is Floyd Mayweather Jr's daughter, Iyanna Mayweather, who gave birth to Kentrell Jr last January. The rapper was believed to be the father of another child, but was reportedly proven not to be through a paternity test.

The newborn baby comes as YoungBoy Never Broke Again is preparing to go on a cross-country tour. YB recently released his latest album, The Last Slimeto, in August, which he followed up with the mixtape Realer 2 earlier this month. He is currently working on the project Still Flexin, Still Steppin 2.