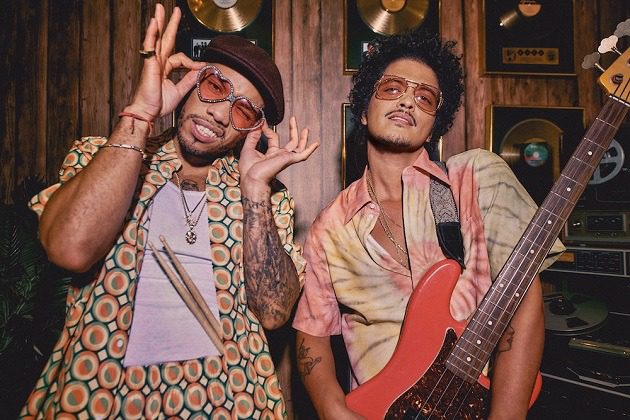 Funk/Soul enthusiasts Bruno Mars and Anderson .Paak promised they were coming together for a special project under the name Silk Sonic. The Grammy winners gave the world the first taste of that union.

Silk Sonic’s “Leave the Door Open” hit DSPs on Friday. In addition, the track’s music video was published on the Bruno Mars YouTube channel on the same day.

Mars and Florent Dechard directed the visuals. Paak opened the song and performed on the drums. Mars also provided vocals while playing the keys. They were backed by a band.

A full album from Silk Sonic is in the works. The forthcoming joint effort will be the first project from Bruno Mars since 2016’s 24K Magic and the first from Anderon .Paak since 2019’s Ventura.