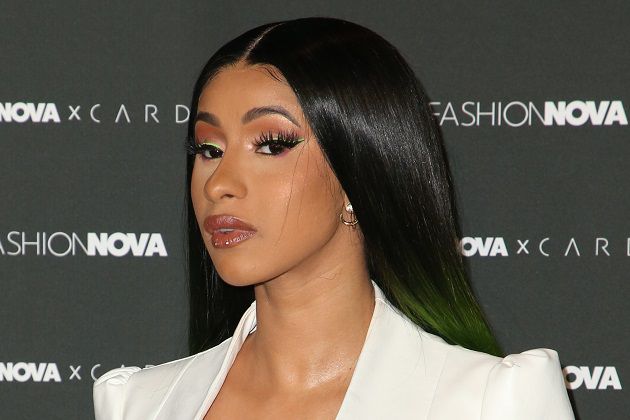 Cardi B was riding high this week after the world found out the Invasion of Privacy album creator was expecting her second child with her husband Offset. However, the celebration was derailed by Love & Hip Hop: Miami cast member Jesse Woo.

The social media influencer/recording artist claimed to have insider information on the longstanding beef between Cardi B and Nicki Minaj. The feud between the two musicians came to a head at a Harper’s Bazaar party in September 2018 when Cardi threw her shoe at Minaj over alleged tweets about Cardi’s daughter. Jesse Woo suggested Cardi and her backers’ mission was to bring down Nicki from the beginning.

“I’ll never forget, years ago – four years ago – I met someone on Cardi’s team, back in 2017. They literally told me, this is something that was told to me – that yeah, putting Cardi out, our goal was to knock Nicki out,” claimed Jesse Woo on social media.

She added, “That was the first time I heard that topic. Then not too long later, the whole Nicki and Cardi thing happened. And I remember thinking to myself like, ‘Yo, so-and-so told me that this is what they were trying to do.’ And then you have these two women who just want to be artists, but then you have all these people behind the scenes who are pitting them against each other.”

A post shared by The Neighborhood Talk, LLC (@theneighborhoodtalk)

The lies!!! I hate that I gotta address s### that is so irrelevant. Jessie Woo is the same person that I got on my dm [asking] me [advise] because she [signed] to my old record label and she felt like my old manager played her./If anybody ever told you that about another woman then why would you go and sign with them as well? No matter how stressful my 3 years of litigation when with my old manager was I know he will never say that since he a Queens nikka and the last thing in our head was another woman when we [were] just trying to make it which we did. And yes I got the dms!”

Cardi B via The Neighborhood Talk

Cardi B then backed up her statement by providing screenshots of direct messages and voice memos from Jesse Woo. The DMs and audio were posted by the Instagram blogger known as KenBarbie.

“I’ve been quiet & at peace while I’m working & preparing for my blessing & I refuse to let ANYONE interrupt it. I’m not addressing any of these narratives the way I’ve let them distract me in the past. If anyone wants receipts head over to @officialKenBarbie on IG NOW. Byeee!” tweeted Cardi on Monday afternoon.

iamcardib
@iamcardib
I’ve been quiet & at peace while I’m working & preparing for my blessing.. & I refuse to let ANYONE interrupt it. I’m not addressing any of these narratives the way I’ve let them distract me in the past. If anyone wants receipts head over to @officialKenBarbie on IG NOW. Byeee!

The DMs, some of which are from 2019, allegedly show Jesse Woo reaching out to Cardi B in order to get recommendations on possible legal actions against KSR Records founder Klenord “Shaft” Raphael. Cardi and her manager Shaft were involved in a years-long lawsuit that was settled in 2020.

Plus, Cardi B supposedly directly contacted Jesse Woo after she went on IG Live to accused one of Cardi’s associates of plotting to end Nicki Minaj’s career. Woo then pointed the finger at a man named B. Hop as the person caught up in the so-called plot to take down Minaj.

KenBarbie also uploaded DMs between Cardi B and B. Hop where the road manager flat out denied Jesse Woo’s allegations. Cardi then apparently contacted Woo again and told her that B. Hop refuted being her source. In the midst of the drama, Woo began promoting a new song.

With the announcement of Jesse Woo dropping “Can’t Catch Me” next month, many of Cardi B’s fans began referring to the Grammy winner’s verse on Offset’s “Clout” single. On the track, Cardi raps, “I should run a whole blog at this rate. They using my name for clickbait. B###### even wanna start fake beef. To sell their little weave and a mixtape.”