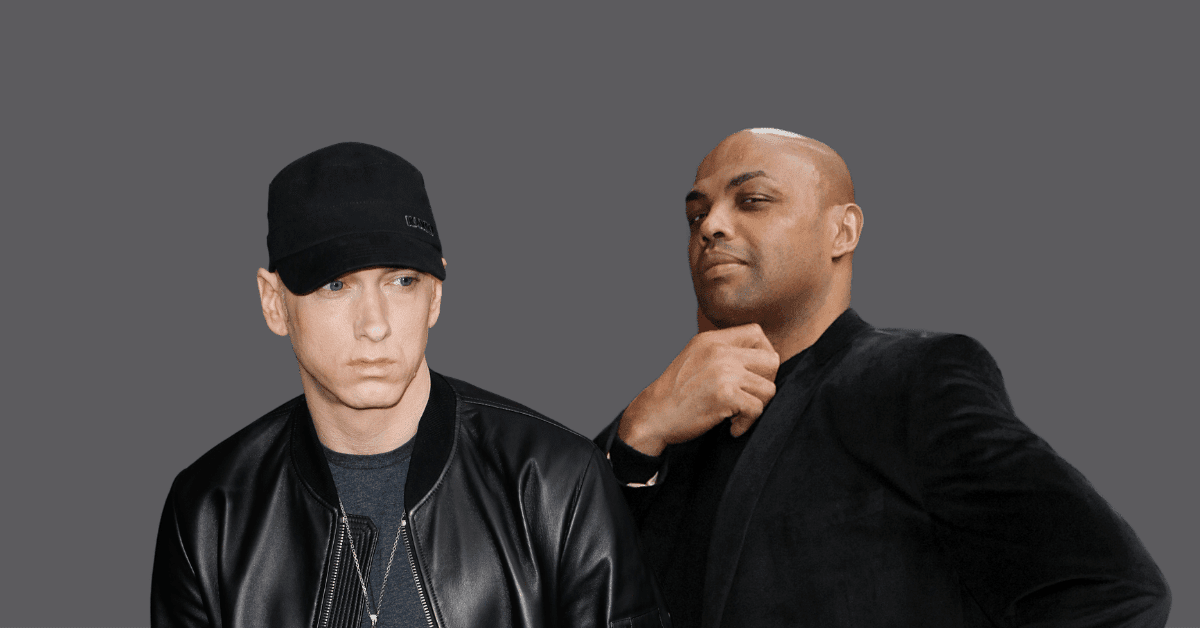 NBA All-Star Charles Barkley says that he would like to meet rapper, Eminem. The former Sixer shared that he has been a fan of the “8 Mile” artist for years.

On a recent appearance on The Paul Finebaum Show, the Hall of Famer shared the news, adding that it is one of the items on his bucket list.

“I’d like to meet Eminem. I am a big fan of his,” the always opinionated TNT sports commentator said. “I got to meet Snoop Dogg last year. I’ve met Dr. Dre before. I’ve met Denzel, which was awesome. There are very few people that I have not had the opportunity to brush around in my amazing, amazing life.”

His life has been amazing. Barkley may want to meet the “rap god,” but don’t get it twisted, he is mythological in his own right.

According to NBA.com, he was drafted into the league as a junior in 1984 to the Philadelphia 76ers as a fifth overall pick.

He spent eight of his 16 seasons in the NBA on that team before going to the Phoenix, Arizona Suns. In 1993, with the Suns, he earned the NBA MVP award. He was traded to Houston and then to the Los Angeles Lakers in the late 90s.

One of his greatest accomplishments as a basketball player is being the leading scorer with 18.0 ppg for the Dream Team during the 1992 Olympics in Barcelona, Spain.

Now Sir Charles, as he is affectionately called, is a headlining analyst on TNT’s award-winning “Inside the NBA.” If he really wants to meet Eminem, we don’t think he will have a problem.

The bat signal is up and Marshall Mathers, who is reportedly a basketball fan, is probably hopping on that red phone any moment.