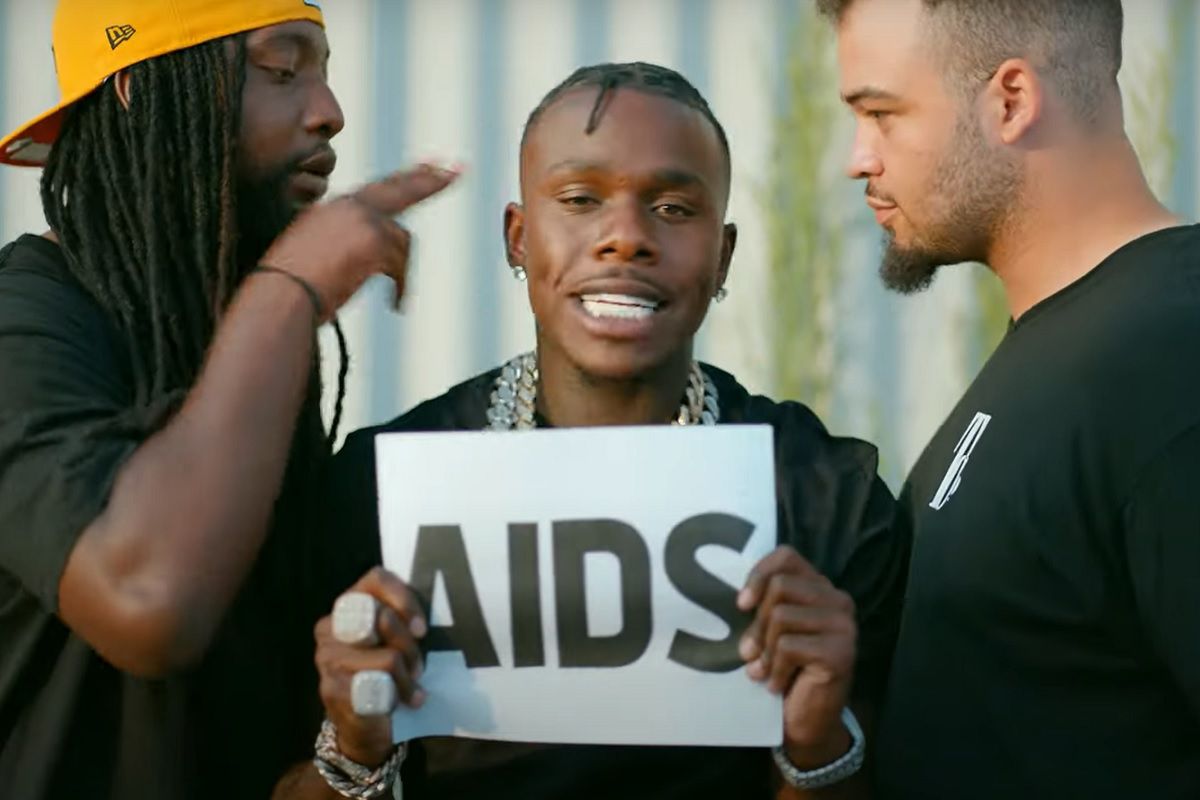 DaBaby had been dropped from festival lineups all over the country following heavy backlash for making homophobic comments at Rolling Loud. Last night, he surprised us all by popping out at Hot97’s Summer Jam.

In July, DaBaby told the crowd at Rolling Loud, “If you didn’t show up today with HIV, AIDS, any of them deadly sexually transmitted diseases that’ll make you die in two or three weeks, put your cellphone light up.

Before the rapper took to the stage at last night’s Summer Jam a pre-recorded video played showing the rapper addressing the comments made at Rolling Loud and his inclusion at Hot97’s event.

In the recording, DaBaby said Hot97, “allowed me to share my gift, share my blessing with y’all out here live on this stage amongst all the chaos and all the backlash.”

“They accepted my sincerity and all my apologies when I said I never, ever meant to offend anybody or say anything to make anybody feel any type of way live on that stage a few weeks ago,” he continued.

“Hot 97 was also willing to stick they neck out on the line, willing to go against all odds with everything going on out here in the world, and still allow me to come out here on this stage and utilize they platform to help the world move forward.”

During his set, however, DaBaby may have further angered his critics saying “I never in my life meant to offend anybody, you know, and I apologize…that ain’t even how I rock.

DaBaby had previously joked about a move to R&B in response to the backlash.