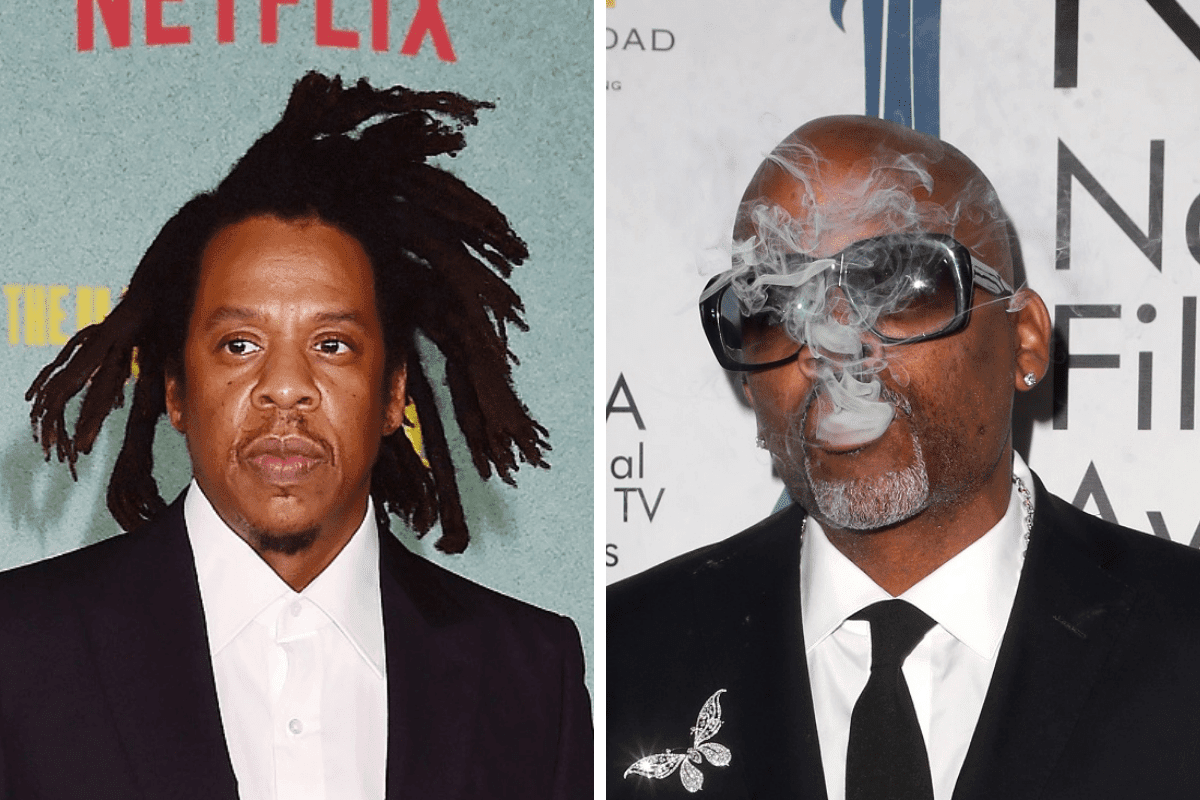 Jay-Z’s recent induction into the Rock & Roll Hall of Fame could signal the end of his 20-year feud with Roc-A-Fella Records co-founder Dame Dash. Hov thanked his former partner in his speech extending an “olive branch” and now Dame could be ready to bury the hatchet.

The pair started the label in 1995 making history along the way but as Jay-Z’s career grew and parts of the empire were sold, their friendship turned to a feud.

Jay-Z’s acceptance speech could be the beginning of the end of the bitterness between the former friends and business partners.

During an interview with Page Six, Dame Dash admitted he was surprised to hear Hov mention him and said, “It was beautiful.” Revealing that he wants to end the bad blood between the pair he continued, “I’m glad he said it for the culture. We need to squash everything. So hopefully if that was an extended [olive branch] I’ll spin one back.”

“Let’s Get The Lawyers Out Of It”

“I have no beef with [him] if [he has] no beef with me,” he added. Referring to the pair of lawsuits the two are currently embroiled in over Dame’s attempt to sell Jay-Z’s “Reasonable Doubt” as an NFT he said, “Let’s get the lawyers out of it then. Let’s talk like men, but I definitely appreciate it.”

He continued, “I would never want you to think that we have to go to the court to resolve anything. We can talk it out and the culture needs to see two strong black men working out a problem. Even if they worked together, they can go their separate ways they can still be cool.”

Dame said he and the man he considers a brother has accomplished too much to be beefing. He further said the pair should not be divided, even when they’re not seeing eye-to-eye.