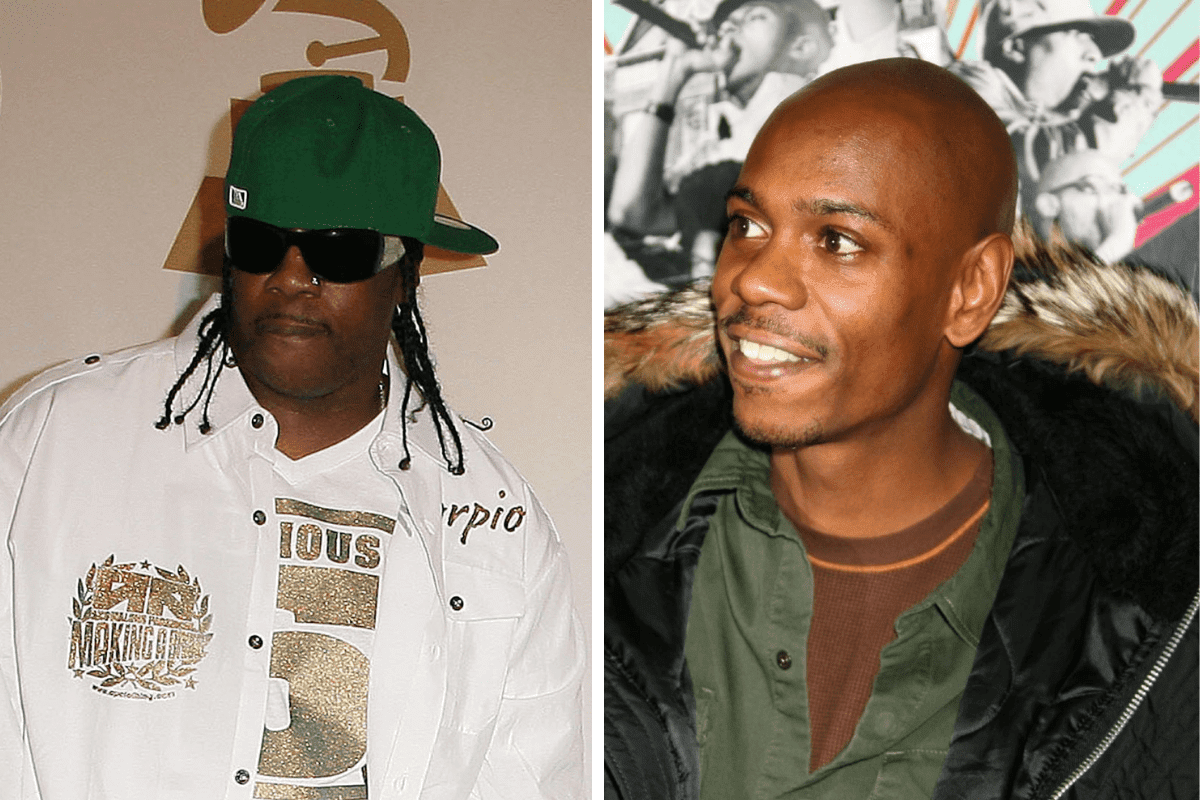 Dave Chappelle had the honor of meeting one of his legends at the Rock and Roll Hall of Fame induction ceremony in Cleveland on Saturday (Oct. 30). Dave’s role on the night was introducing Jay-Z for his induction however, he also experienced a personal triumph offstage.

Scorpio of Grandmaster Flash & The Furious 5 shared a clip of his meeting with Dave Chapelle, who was a little starstruck.

As Scorpio attempted to introduce himself to the comedian, Chapelle responded: “Are you f###### kidding me?! Eddie Murphy used to tell me stories about you being outside of the club wearing clothes like you was from the future. My man. Oh my god. I know exactly who you are. It’s an honor, bro.

He continued, “You heard what I said to Jay. Boy, does that not apply to you? Man. It is an honor to shake your hand, brother. You have no idea, man. Kids like me…I was out there; I was listening to you. No b#######.”

Scorpio thanked Chappelle and replied, “Oh I believe you ’cause you know Hip Hop like we know Hip Hop.”

Chappelle continued, “Boy you inspire the s### out of me in a way you never he even … oh my god … I can’t believe I’m meeting you. Eddie Murphy was telling me funny stories. Bro.”

The Hip-Hop pioneer replied humbly, “I don’t want to take up your time. I just wanted to shake your hand ’cause I love you and I wanted to tell you that.”

But Chappelle had more flowers to give, “Bro, the honor is mine. I’ve admired you since I was a little boy. No b#######. I’m getting teary-eyed just thinking about it. In Cleveland, Ohio of all places. My guy. Much love. Boy, you made a difference in my life. Any time you look at me, good or bad,” he said with a laugh, “you contributed to it.”

Scorpio also shared a snippet of his exchange with Sir Paul McCartney who told him, “Your influence is just as big as our group if not more.”

He wrote in the caption, “After paul McCartney! Told scorp how proud he was of us help creating Hip Hop. And the Beatles, used to listen to use all the time! Wow..show no shame.”