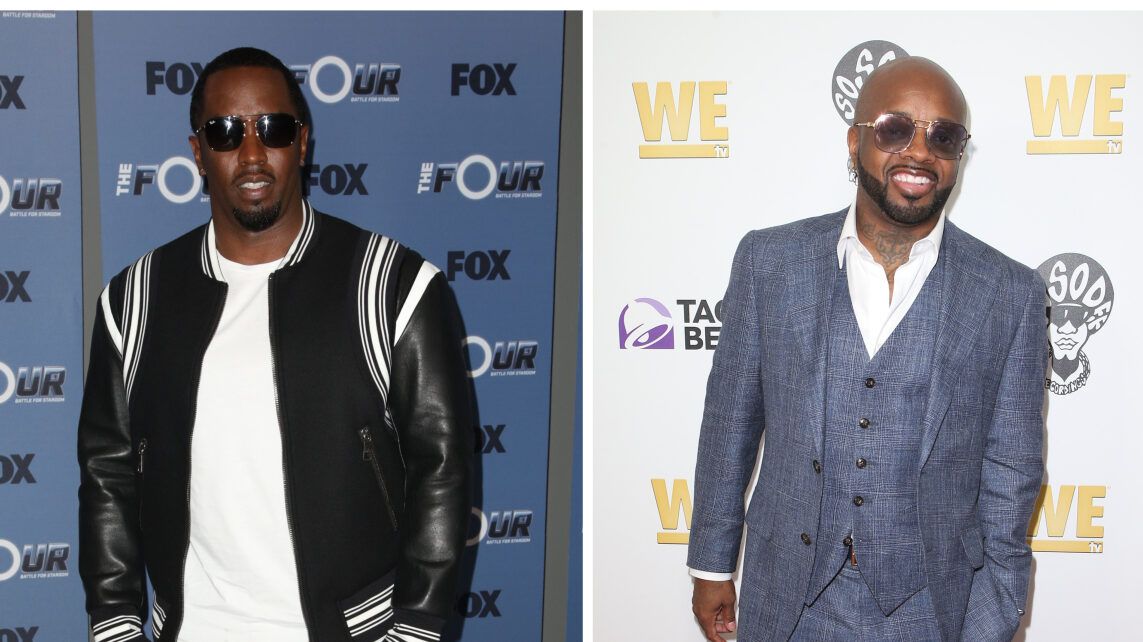 There are few Mount Rushmore producers in Hip-Hop. Dr. Dre is solidified as one. Some people will argue that Swizz Beatz or Timbaland might deserve a spot.

Someone might say Kanye, RZA, Havoc, or J Dilla. The six of them, and probably a whole host of others can vie for that fourth spot.

But the second and third, without a doubt, goes to either Sean “P. Diddy” Combs or Jermaine Dupri.

And so, when the thought was floated of the two doing a Verzuz against each other started to permeate the rap world, those who love Hip-Hop were salivating.

This could be better than The Lox vs. Dipset, Brandy vs. Monica, or the epic Snoop vs. DMX. The only thing, Diddy was not going for it.

As reported by AllHipHop.com, Jermaine Dupri tweeted, “Somebody let @Diddy know I’m @thegarden right now! And he gon need some training for me.”

To which Diddy shot back, “Beloved, you my n#### but your arms too short to box with God!!! You ain’t got enough hits. I’ll smash you with just [The Notorious B.I.G. and Mary J. Blige]. But I do have the [utmost] respect on you as a musical legend – [Dr. Dre is] the only one can get in the ring [with] me.”

However, after hopping on a live with Fat Joe, Snoop Dogg and yes, the So So Def king, Puff Daddy finally said “yes.”

Fans on Twitter went bonkers as the two went back and forth. If #TeamDiddy vs. #TeamJD is any indicator, this is gonna be a full out brawl — soundtracked by all our favor joints.

“Damn this was epic .. diddy vs jermaine Dupri”

“Diddy said he never heard JD’s stuff at weddings, JD screamed ‘YOU NEVER HEAR LET’S GET MARRIED, ARE YOU SERIOUS????’”

“So Jermaine Dupri calls out Diddy for a Verzuz and Diddy tried to act like Jermaine didn’t have enough hits. SHIIIIIIIIIIIT. He betta check Jermaine’s resume again. His Usher & Mariah hits ALONE are hard hittin.”