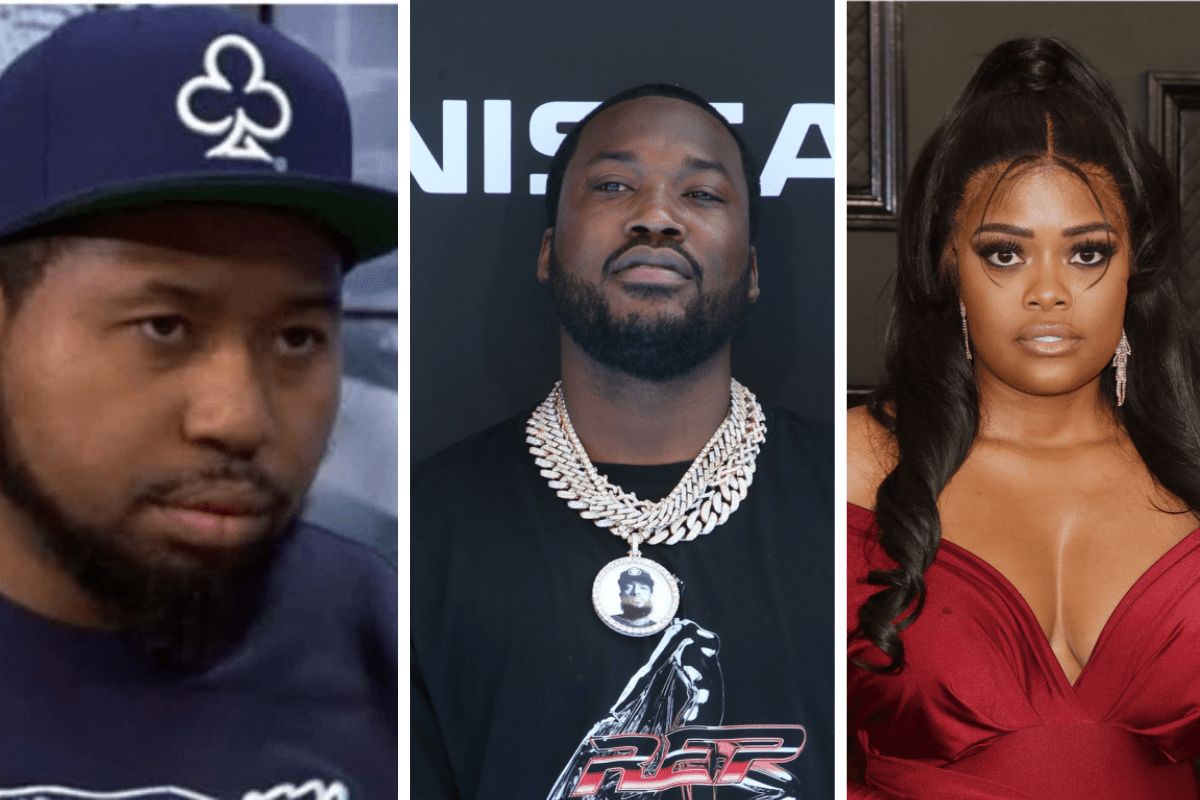 It’s been a turbulent few days for media marketing maven Karen Civil. Several artists in the industry have called her out for allegedly shady business practices, finessing them out of thousands of dollars. Joyner Lucas, Jessie Woo, and Meek Mill are just some of the artists who have made allegations against her.

DJ Akademiks has weighed in with his opinion on the matter claiming the only reason some of these complaining artists have careers at all is that Karen previously covered up some dirt that could have buried them.

Ak was live on his Twitch stream recently talking about the hidden side of the music industry when someone in the chat suggested that he was afraid of crossing Karen Civil.

“The type of chick Karen is, she’s a scrappy b*tch who saves artists. I’ve seen her save artists,” said Ak. “She begs platforms like mine, ‘Don’t embarrass n*ggas.’ She’s worked for Nicki, Nicki’s a f*cked up human being. She’s tried to make her seem personable. That’s all I’m sayin’ my n*gga.”

“Anytime I’ve had interactions with her, she’s makin’ f*cked up artists look better. I’m telling you,” he continued. “People who do sh*t—Meek got, apparently, somebody got Meek on video beatin’ up a chick, bro! That video never came out! Who made that sh*t never [come] out? Karen, bro!… All of these n*ggas, they need somebody like that because they make mistakes, they f*ck up, they do human sh*t.”

Akademiks had alluded to this in an earlier stream where he went off on Meek Mill for trying to expose Karen Civil after she covered up for him.

Akademiks went on to say that the reason a lot of these celebrity scandals get swept under the rug and aren’t believed by the public is “because you’ve got someone who’s specifically working to make sure them artists look good. Forget Karen, there’s always somebody like that, Karen’s the best at what she does.”

“Karen gets rid of the skeletons and the tea that can ruin people’s careers. Karen been doing dirty work for a lot of people for a lot of years.

The controversial personality then calls out the hypocrisy of some of those making allegations although clarifies that he isn’t referring to Joyner Lucas.

Suggesting that Karen is being used as a scapegoat he says “she hid that sh*t for y’all n*ggas. She buried them skeletons. If you’re gonna expose her, expose yourself too. If she finessed some of y’all…GOOD

Akademiks wraps up his rant saying the root of the problem is the industry itself. Watch the clip below.